Episode 13: Where No Saboteur Has Dreamt Before 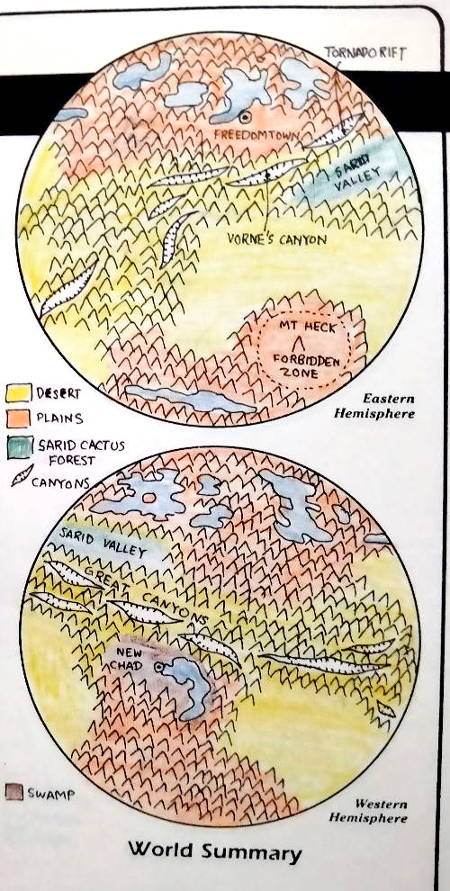 Soon after the events of Kinooine, an independent scout named Brett “Bloodhound” Baden joined the strikeforce, after being invited by Drew Greyhelm. As Brett settled into the team, the outpost received a priority message from the informant on Igmalar Ooogle Flutzgle.

The message informed them that a new Imperial science installation had been constructed in the Gemone system in the Enteague sector. It was rumoured to be a biological weapon research facility. They had learnt that the Empire planned to test it on the highly-populated planet of Chandrila in the Core Worlds. The planet was chosen as it was the homeworld of Mon Mothma, the leader of the Alliance to Restore the Republic.

Once again, Drew assembled a team to travel to the mountains of Gemone, consisting of Brett, the mercenary Force user Athala Navin and bounty hunter Ace Browning Crossfire. They were provided 15 packs of detonite for the demolition of the facility when they found it.

Chrome squadron was the X-wing squadron stationed at the Enteague Outpost. One of the Chrome squadron pilots Slash Frakes flew Athala, Ace, and Brett to the Gemone system. At the planet Gemone, he landed the Nexus Point several kilometres from the base of a monolithic mountain known as Mount Heck where the science installation was rumoured to be situated. Gemone was a dry, mountainous world with a band of desert flatland around its equator and savanna plains at its temperate regions. Mount Heck was not the tallest of mountains but was rocky, dry and barren. Not even lichen grew there.

After the strikeforce had disembarked, the Nexus Point lifted off and ascended out of the atmosphere. 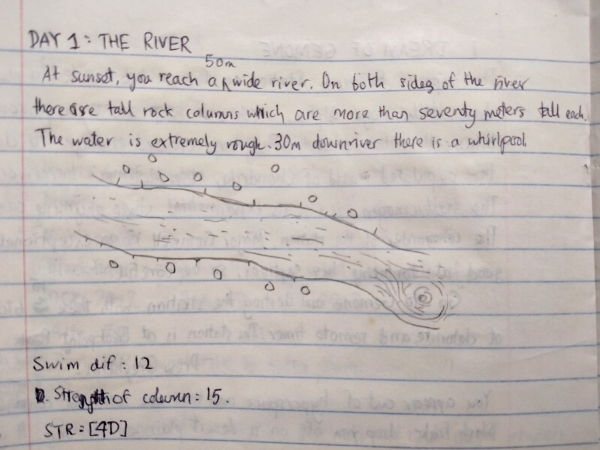 On route to the base of Mount Heck, a river blocked their path. From their observation, the river was 50 meters wide and flowed fast and deadly over jagged rocks. Despite the current, the team succeeded in swimming across.

Soon the trio of rebels arrived at the small frontier town of Seluné a kilometre from the base of the mountain. As they walked through the town’s main street, they spotted a group of young boys crowding around something. It turned out the kids were poking and prodding a flying reptile known as a Kreane dwarf dragon.

After chasing away the boys, the team rescued the creature. But when it had recovered, the beast flew off and disappeared. 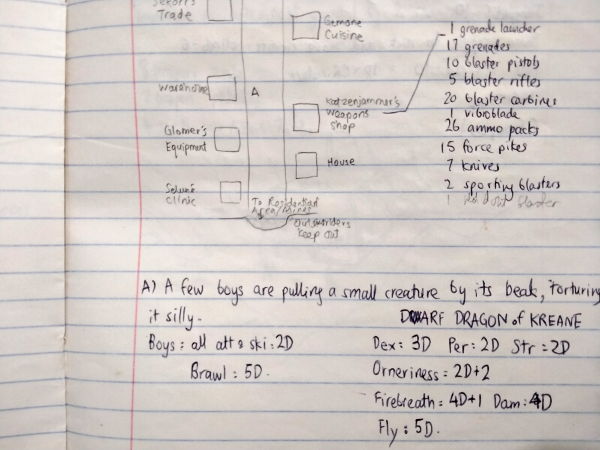 They resumed their trek but the remainder of the journey did not take too long.

Finally arriving at the field of boulders at the base of Mount Heck, the team began scouting, led by Brett. Not long after, they discovered an entrance bunker guarded by Imperial stormtroopers. Instead of going through the front door, the team stealthily studied the rocks surrounding it and found a hidden ventilation grate that led into the mountain, and hopefully to the bioweapons facility within. 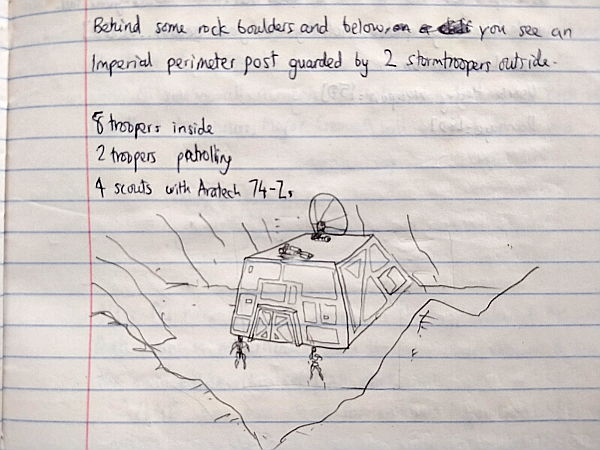 Base of Mount Heck

Sneaking through the access corridors and air vents, they learnt that Imperial scientists had synthesised a narcotic compound called hallucinogen-alpha. To their horror, they learned that hallucinogen-alpha had been derived from the body fluids of the psych-parasites that their team-mates had discovered aboard the derelict medium freighter Quantum Leap during another mission earlier in the year.

They pressed on to search for more information and successfully accessing a computer. The clinical report stated that anyone who breathed or consumed hallucinogen-alpha would have a violent nightmares which would result in physical injuries. The nightmare would transform into delirium, and the dreamers would eventually dream their own deaths.

This would kill the dreamers as the dream would cause physical manifestations of the injuries. 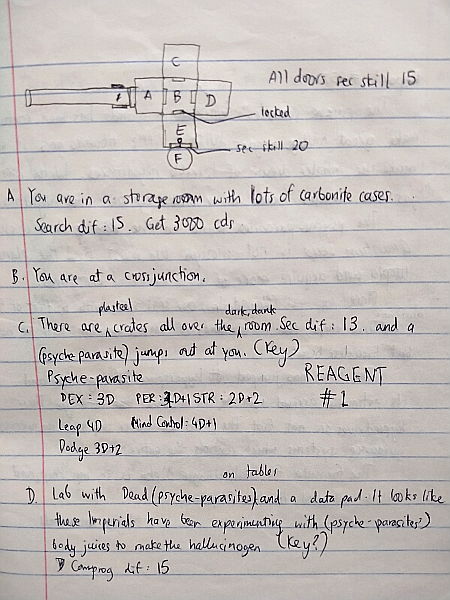 Suddenly, they spotted something. A psych parasite  was loose from its container and launched itself Brett. Ace’s blaster rifle spat energy and fried the creature in mid-leap. Although Brett was safe, the blast set off an alarm. The base deployed Imperial troops to seek out the rebel intruders. In their retreat, they realised that they were ascending the mountain. However, they came face-to-face with four troopers, but with Athala’s Force powers the team was able to overwhelm them.

Then they were outside the mountain. They climbed up the carved ledge and discovered a landing field. On it was a flotilla of three Incom X-23 Starworker space barges being loaded with dozens of canisters of hallucinogen-alpha. What were they up to?

There was hum of repulsorlift behind them. Seven Arakyd Viper probe droids appeared from hiding. Before the team could draw their weapons a barrage of darts rained on them.

The rebels were fast asleep before they hit the ground. 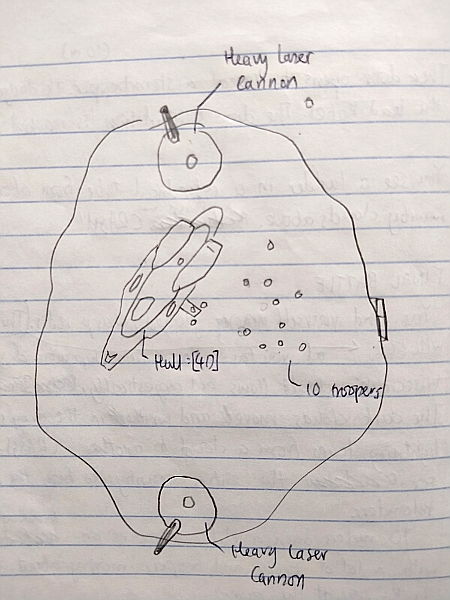 Later, they woke up in a prison cell stripped of their weapons and equipment. The trio considered their next move.

Suddenly there was a loud explosion followed by repeated blaster fire. The cell door slid open and a rescue team greeted them. It was their team-mates, the bounty hunter Shanna Toarinar, the pirate Phoenix Avalon and Drew himself from Enteague Minor! The trio entered the cell suggesting that this could be an effective rescue, only if the rebel prisoners get off their butts and followed the rescuers out of there.

However, the Force sensitive Athala had a bad feeling about this, although had no choice but to follow. They filed out and see three other team-mates, the gambler Scurvy Sharky, the pilot Viveede Colore, and the scout Akela T’sing holding off the stormtroopers at bay. As they retreated away from the firefight into another corridor, Drew informed them that they were still on Gemone.

The nine rebels ran out of the mountain with Drew on point. Suddenly, the strangest thing happened. Drew’s form blurred, melted and reshaped itself into the visage of Darth Vader, and cleaved Scurvy in two with his lightsaber. Suprised, Shanna and Phoenix aimed their blaster at the Sith Lord, but the bolts were absorbed. Vader lashed out with the Force and his two attackers are flung back into a boulder, shattering their spine.

Ace, Athala, Brett, and Viveede attack Vader but in moment Akela’s throat was crushed from a distance with the Force. As Akela’s neck was snapped with a crack, Vader slashed at everyone with his saber. Ace got a cut on a cheek. Athala was wounded at the thigh, and Brett received a gash at his side. But with a single thrust, the saber plunges deep into Viveede. As the smoking chest wound slowly cauterised, the pilot dropped to the ground dead.

Now Vader ceased his swordplay and the surviving three held their ground. Then, the form of Vader reshaped and grew into the hideous form of a rancor. The beast roared and grabbed at the rebels. Their blasters barely grazed the animal’s skin. And just when the giant beast was about to pulverize them, they woke up.

They regained consciousness in a laboratory, strapped to a metal bed, surrounded by Imperial scientists and technicians. Wires and tube were poised to be inserted into their bodies. The lead doctor told them that they have been injected with a very diluted concoction of hallucinogen-alpha. The wounds they sustained in their dreams had also manifested on their physical bodies. If they had been killed in their dreams, their bodies would also die.

After their injuries were tended to, the Imperials left a single trooper to guard the prisoners. Athala influenced the trooper’s mind with the Force. He released Athala who struck him unconscious. The mercenary released his teammates. They searched for their weaponry and successfully retrieved them. Brett accessed the lab computer, which informed him that the lead barge had been programmed to lead the squadron of unmanned barges to Chandrila in the Core Worlds.

Upon reverting from hyperspace, they would all crash into the city of Hanna, releasing the alien toxin there. Considering how diluted hallucinogen has wreaked bloody havoc upon them, the rebels decided to stop the barges.

They sneak out off the lab, and headed out of the science installation. They dispatched two guards posted at the entrance of the tunnel. Soon Slash Frakes arrived with the Nexus Point to pick them up. Flying over the landing field up the side of the mountain, they found that the barges were gone. Frakes soared out of the atmosphere, calculated an interception course and jumped into hyperspace.

The Nexus Point was considerably faster than the X-23s in hyperspace, and it was swift to catch up with the barge squadron. It was fortunate that the three barges were following the quickest and straightest route to their destination.

Slash overtook the lead barge and closed in for a hard dock. Upon docking completion the rebel strikeforce stormed into the barge. They headed for the empty flight deck and activated the self-destruct mechanism with no obstacles.

The elongated stars outside the barge dilate as the three barges reverted back to realspace.

The bright disk of Chandrila filled up the bridge’s forward window. There were a myriad of ships in orbit around the agricultural planet going about their business peacefully. With the countdown running, Brett, Ace and Athala rushed back to the Nexus Point and detached from the lead X-23. Slash fired their thrusters and accelerated away from the barges.

The first flash erupted from the lead ship. As the other ships followed suit, the first ship’s flash became an expanding field of debris. Ultimately, every barge was reduced to a cloud of dissipating vapour, incinerating the hallucinogen-alpha aboard. Before the local Imperials forces could figure out what caused the explosions, the rebels had swiftly jumped to hyperspace.

Arriving safely on Enteague Minor, the Nexus Point landed in their outpost hangar to the cheer of many as they had saved Chandrila, The next day, Athala Navin, Ace Browning Crossfire, and Brett Baden received awards from Mon Mothma herself, who travelled to the Enteague Sector to personally thank the strikeforce.