Nowadays when I return to Sitiawan for Chinese New Year, I rarely get to meet old ACS classmates. It’s because either they’re away at the in-laws, or their family has moved elsewhere, or I don’t communicate to anyone my balik kampung. This year I had two meet ups!

The first was with Teck Chee and Cheong Lee at the new mall, Aeon Sri Manjung. They were a year younger than me at school. We had a great time talking about old friends and where they are now. 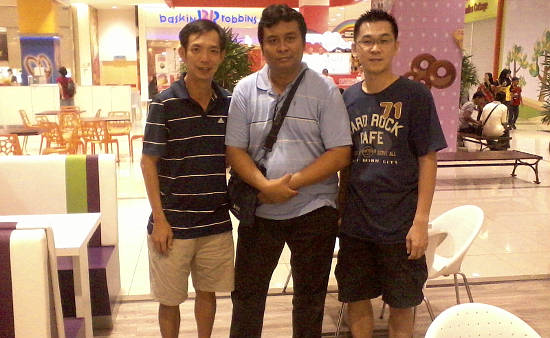 Year Minus one group

Later that night I met my former classmate Sathya. I met him right at this white wall where I had some sort of coffee and Star Wars talk ensued, as they are wont to be when Sathya is around. Gnana was also present but also via Sathya’s iPhone. And initial plans were made for a class reunion in the near future. Who wants in? 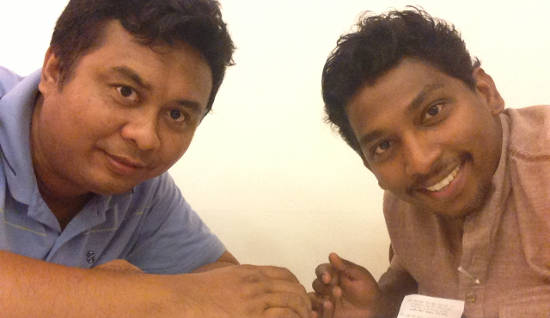 Nothing but Star Wars talk

Then we said goodbye to the white wall.