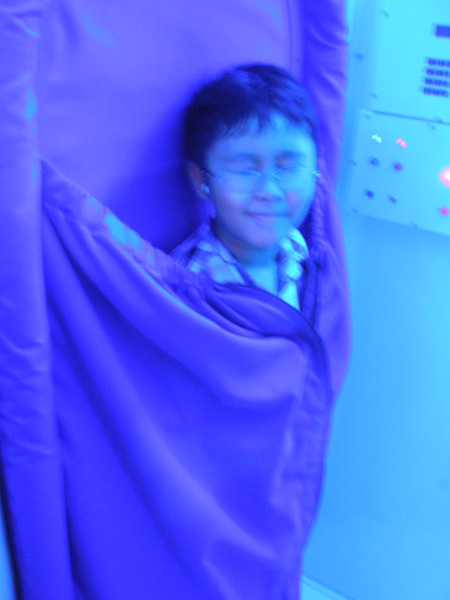 Sleeping on the ISS

Here we have Irfan sleeping soundly in zero-gee aboard the International Space Station’s bunk at Low Earth Orbit after a day’s work of repairing the Hubble Space Telescope.

Not really. He did, however, have a fun time at the Planetarium, where there was a presentation at the theatre entitled Passport of the Universe. It was narrated by Colin Hanks’ dad.

We lay back in the chairs to experience the hemispherical screen projection of the night sky that took us through interplanetary space past Mars, Jupiter and right under the rings of Saturn. Then the virtual camera went into interstellar drive where we finally saw stars began to move accordingly in the third dimension. We also went really fast as we went just short of a hundred parsecs a second to zoom past the stars of the Orion constellation and zip right into M42’s gaseous mass where we saw lots of protoplyds. It looked like we were entering one of the Hubble telescope’s pretty images. 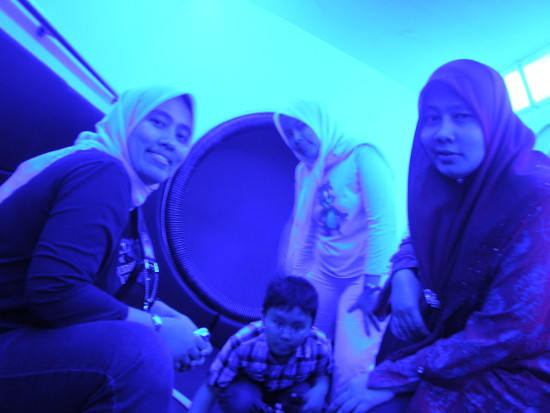 Above: Everyone trying to adjust to the weird ass gravity chamber, where everything is built not according to where gravity goes. The blue light adds a bit of exoticness to the situation. Then we all escaped via the slide chute to the main annex. 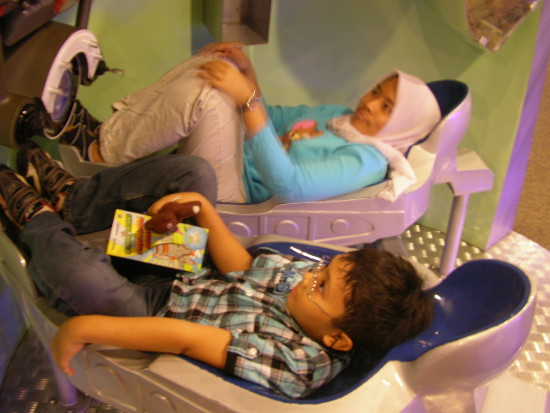 Preparing for blast off

Above: Cik Su and Irfan at the controls of a Soyuz cockpit before being hurled off into space. 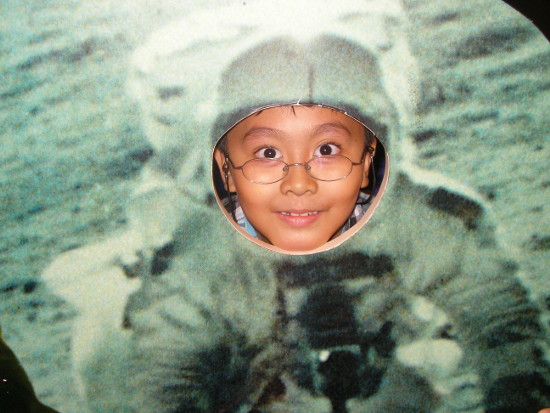 Above: Irfan’s face through a hole in the standee. 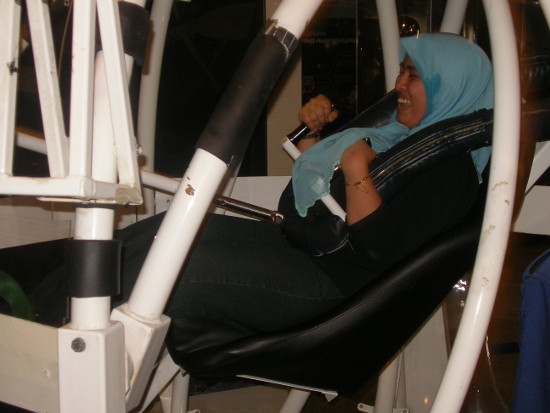 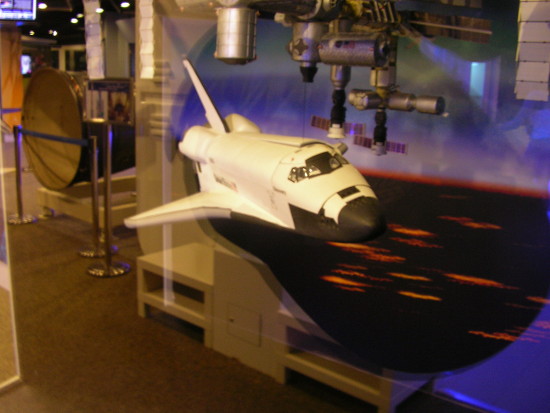 Above: The model shuttle orbiter model fires its model RCS thrusters during its model docking approach to the model International Space Station. 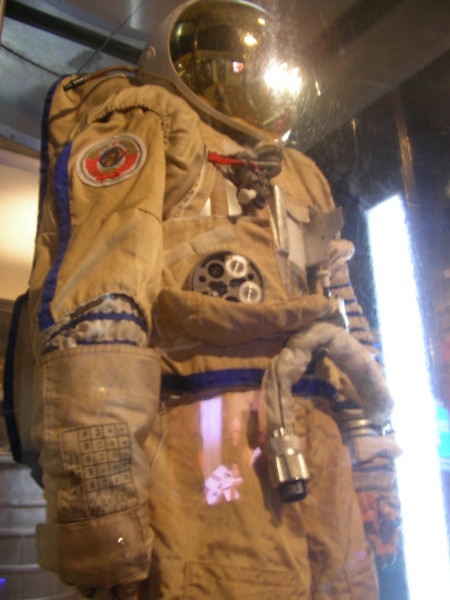 Above: A cosmonaut’s longjohns. 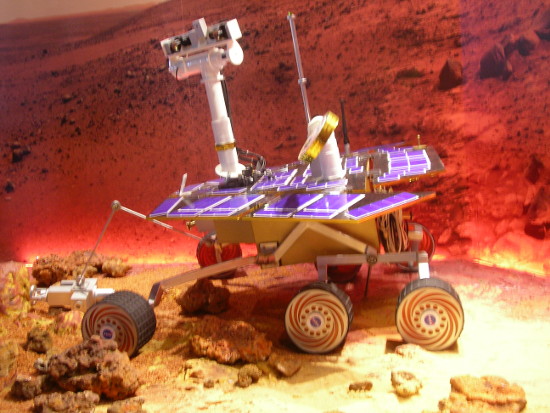 Above: I had to manoeuvre the camera a bit so we don’t see the Malaysian flag on the Mars Exploration Rover. Because that’s not realistic now, is it? 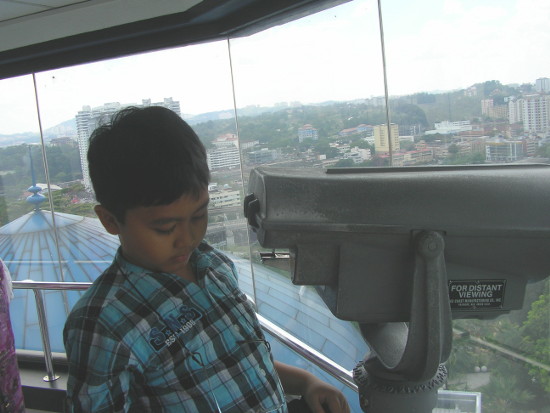 On the observation tower

Above: Sunlight is seen as the crew takes the elevator up to the observation tower for some observation. There were lots of trees and some building around. What did you expect? 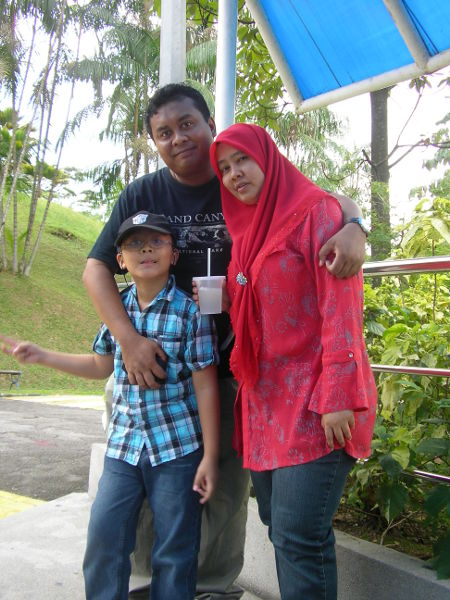 Soon after, we headed out, crossed the highway to get to the museum compound for some lunch. We had some experience having lunch there. It was well worth the money to visit the planetarium. Lots of good exhibits since I was last there… more than a decade ago. The theatre presentation was worth it price of admission.