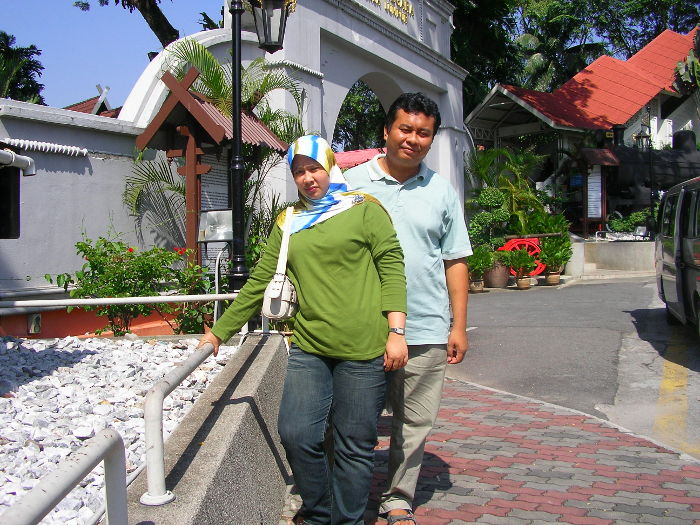 Muzium Negara focuses primarily on the cultural history of this magical fantasy realm currently known to the world as “Malaysia”, although some natural history of the land is touched upon. Outside, we were greeted by a number of old train exhibits. In other words, there were more trains here than any one time I’m at the LRT station waiting for a train to arrive. 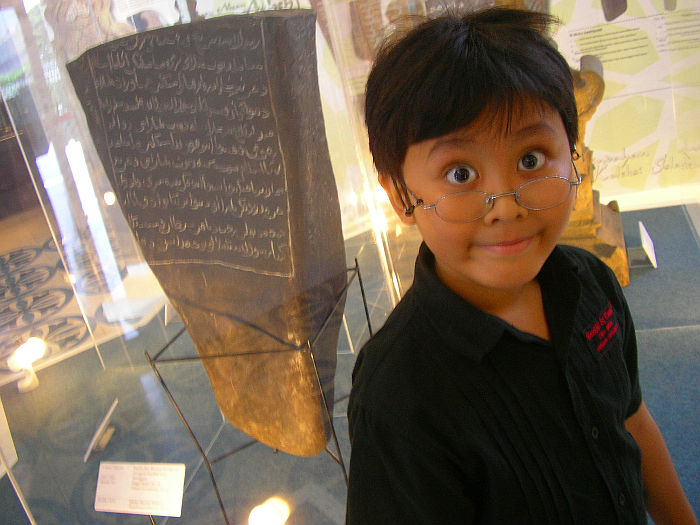 Irfan poses by the Inscription Stone of Terengganu, unearthed at Kuala Berang at the turn of the 20th century. 700 years old, it’s evidence that Islam thrived in that region at the early 14th century. 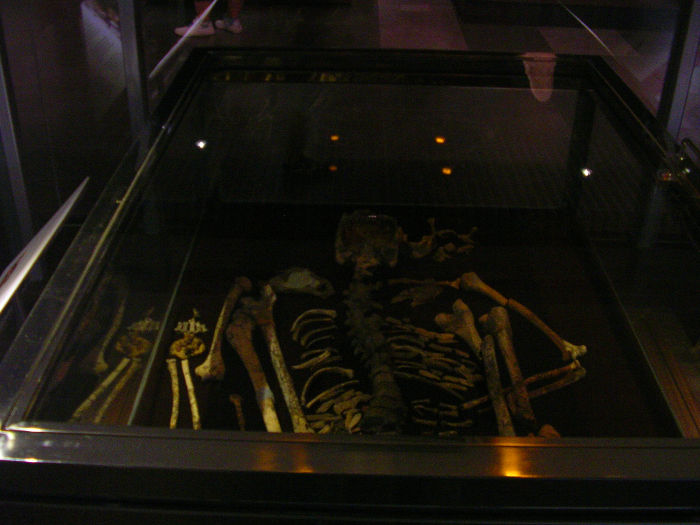 This guy is from my old neighbourhood – The Perak Man. How old is this guy? Take our current year: 9391 Before Guild. Go back about 2000 years we arrive at the dawn of the Common Era at 11391 B.G. Between then and now, we’ve had the Roman Empire, the Dark Ages, the Crusades (which technically did not end), the Renaissance, the Exploration Age, the Industrial Revolution, phrenology, trains, cameras, dirigibles, thermal underwear, slide rules, women voters, wireless modems, and World of Warcraft. Now from 11391 B.G. go further back four times the time length – another 8000 years. That’s where the Perak Man is from: 19391 B.G. Perhaps 20391 B.G. even.

Now look at him. Ten thousand years dead and eaten up by worms. Maggots probably sucked the juice out of his eyeballs while his brain rotted to hell. 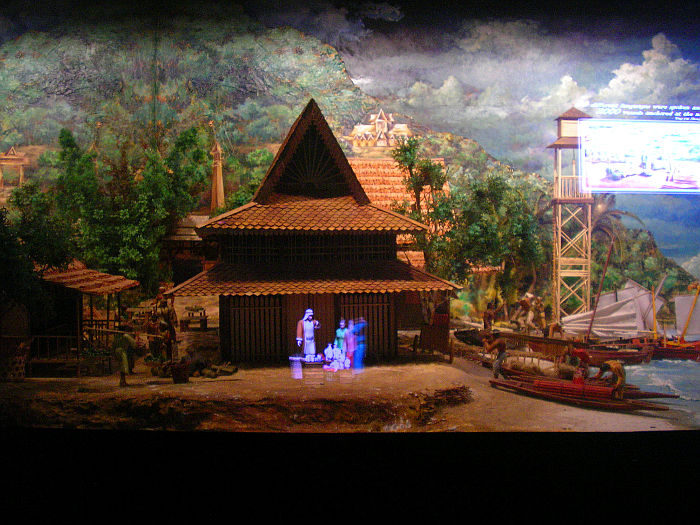 Here’s the marketplace at the Melaka seaport during the height of the Melaka Sultanate. They came from the east and the west to trade their wares with the local spices and tropical jungle products like rattan. The head-up display is kind of neat. It makes as though the market-goers of Melaka are computer generated and holographic. 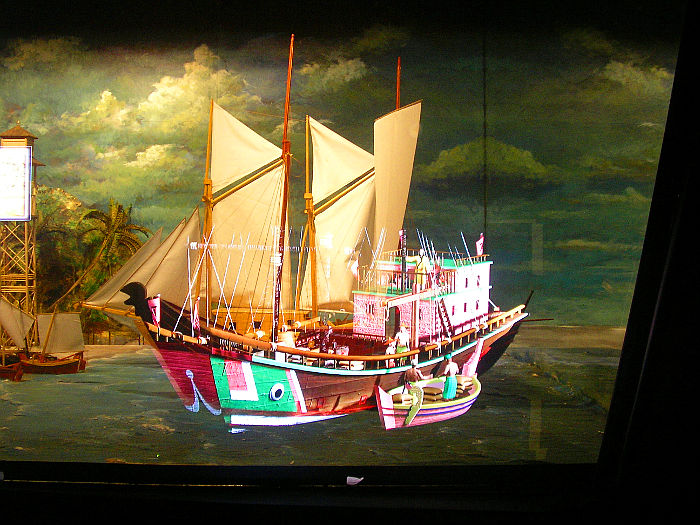 The right hand HUD loops a CG animation of cargo being unloaded off a ship. Too bad it’s not a Chinese junk, or I’d have to write about unloading some guy’s junk. 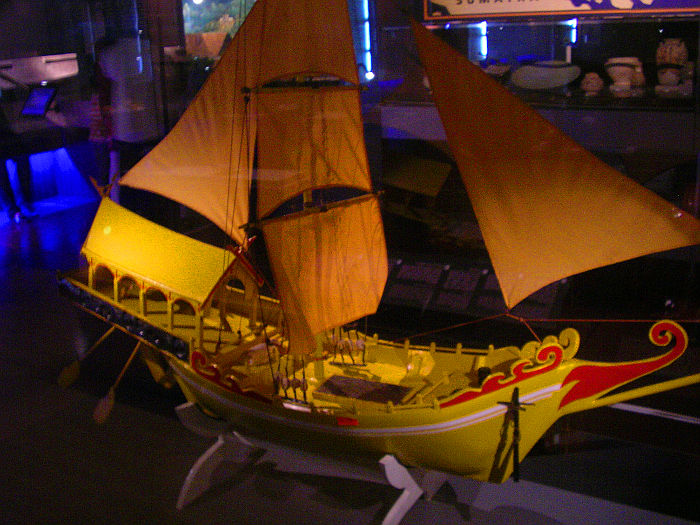 This here is a lancang, a royal transport vessel, usually decorated with yellow to denote its royal status. I think it has mounted weapons, but I can’t seem to locate it on this model. 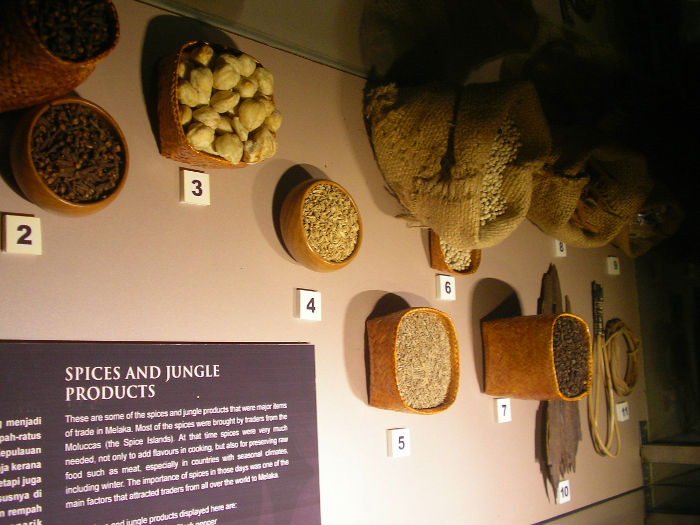 This is basically what we have at the local store. Cumin! Star Aniseed! Dried Tamarind! Glitterstim! I asked if Ain wanted to buy any. The curators might take an exception to us pillaging the exhibit though. 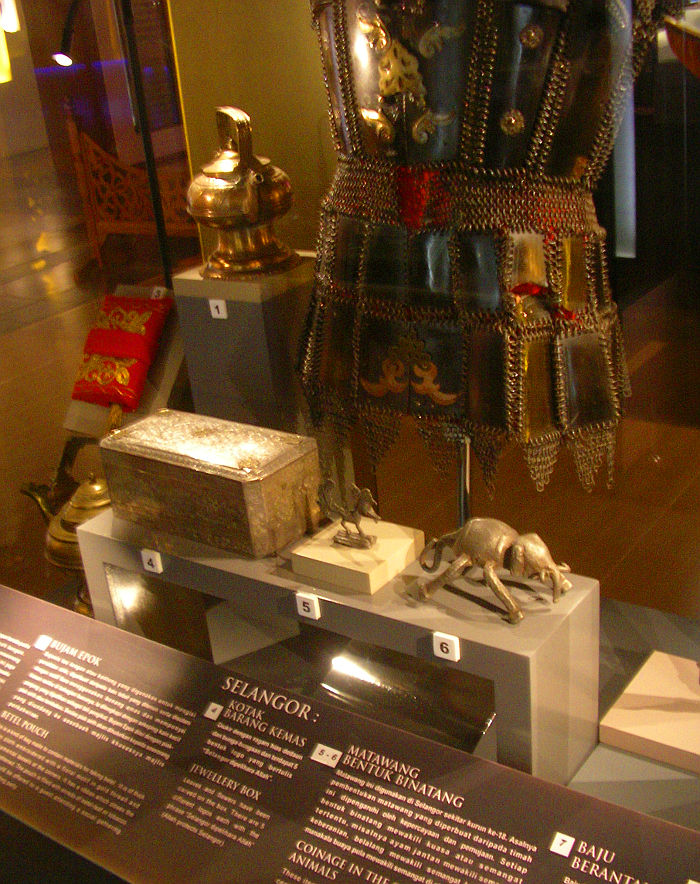 A Bugis armour made of plates of ivory and chain mail. 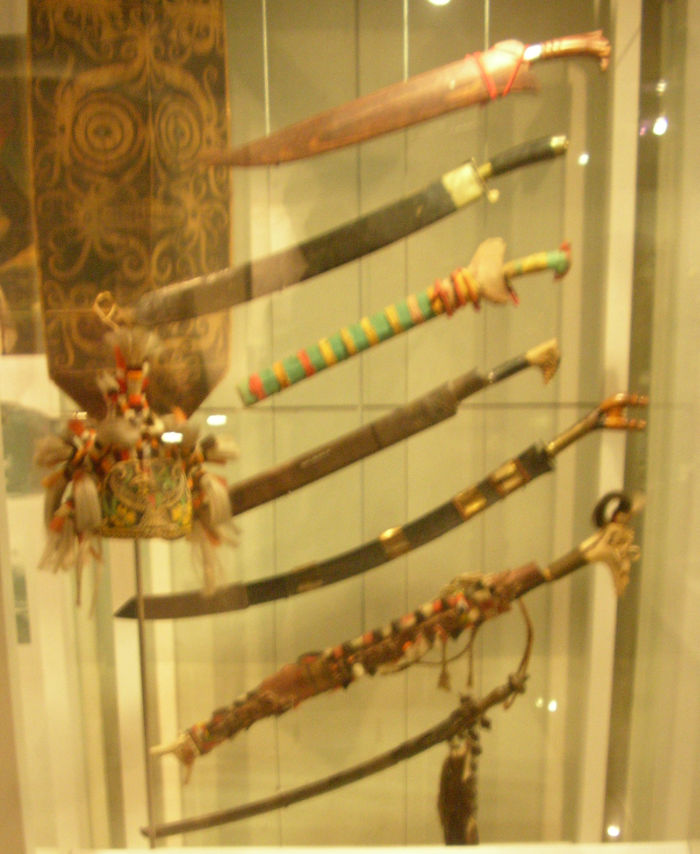 A bunch of fighting steel also belonging to the Bugis… if I remember correctly. Damage rating range from +1D to +2D+2. 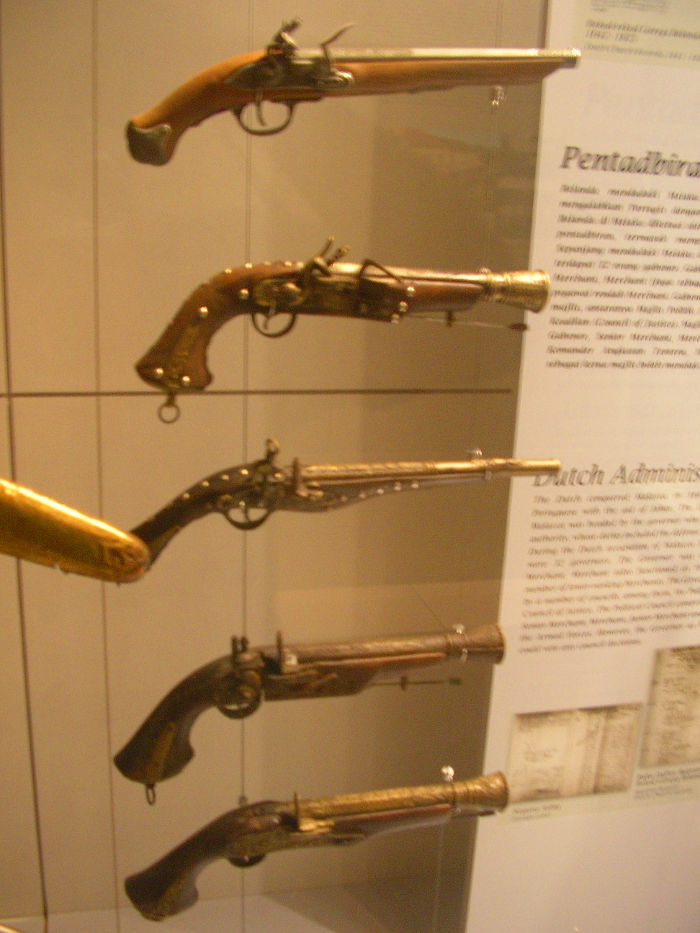 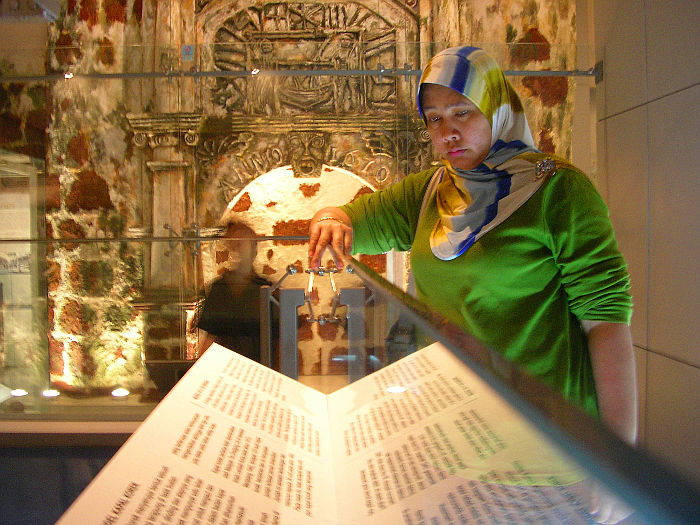 Ain goes back in time to the Portuguese fort known as A Famosa back in the 16th century. Irfan is suddenly imbued with the powers of the Speed Force. 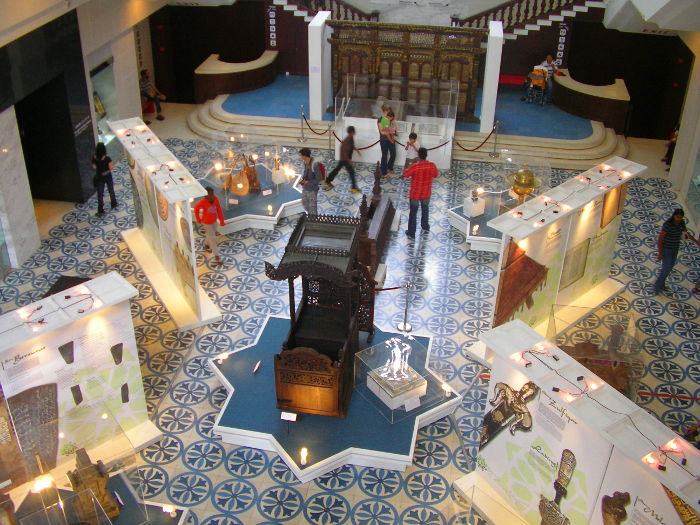 The central concourse of the museum was displaying a range of Islamic historical artefacts including centuries-old Qur’an, swords and battle axes from Persia, models of historical Islamic structures, musical instruments and the aforementioned Batu Bersurat of Terengganu. 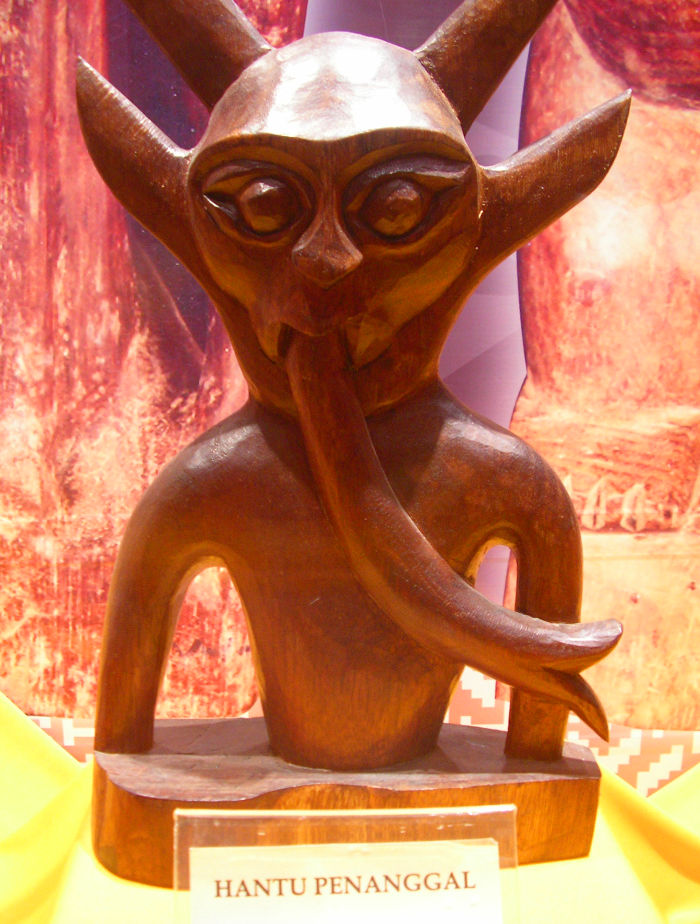 At the Orang Asli exhibit, we have among other things a wood carving of a hantu penanggal. 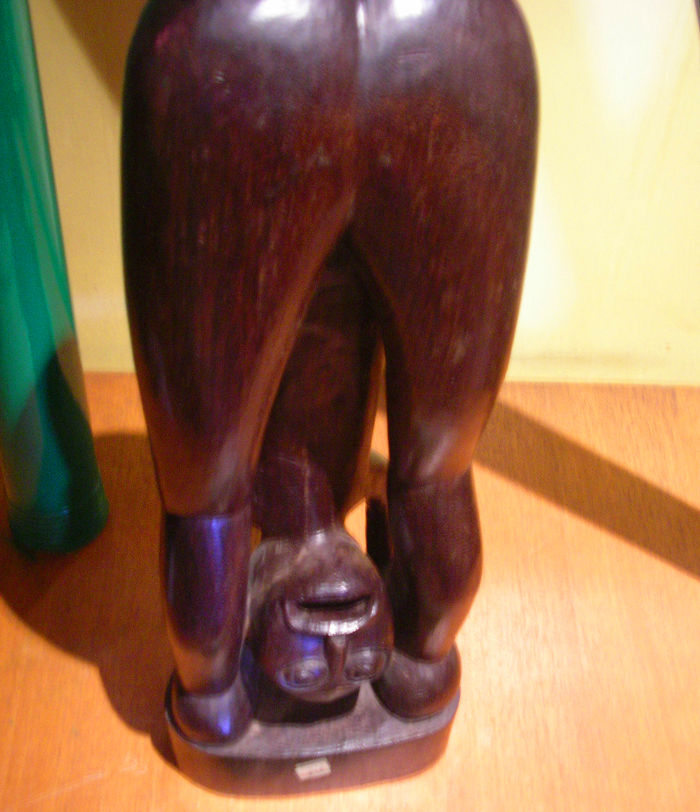 Meanwhile, this wood carving of a hantu tonggeng is a figurative representation of how the world mooning me.