Zara Arissa, sister of Aiman, arrived 12 days before 2013 did, so we took a trip to visit the young one at Pasir Mas. Unlike her brother we couldn’t be there to greet her at the hospital because of distance. When we arrived, she was sleeping soundly and safely swaddled. 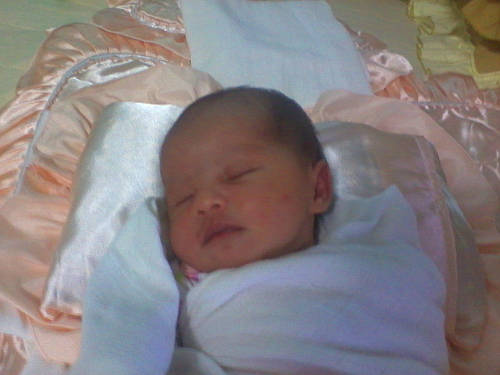 The cousins played with Lego cars that is now available in Shell stations. Zara however, was still unaware of the existence of Legos. 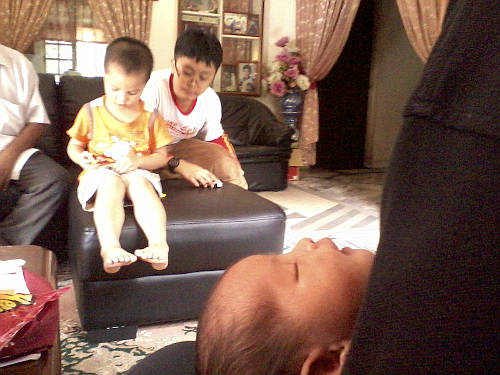 Irfan and Aiman across from baby 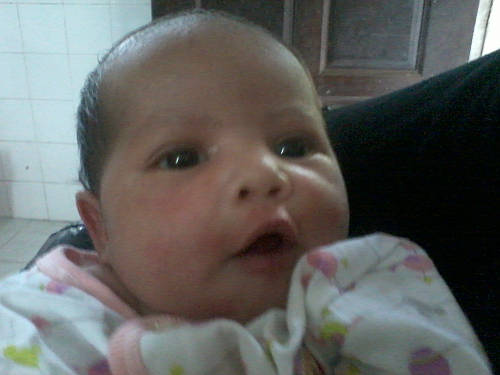 Obviously, she’s nonplussed by the sudden increase in house occupants. 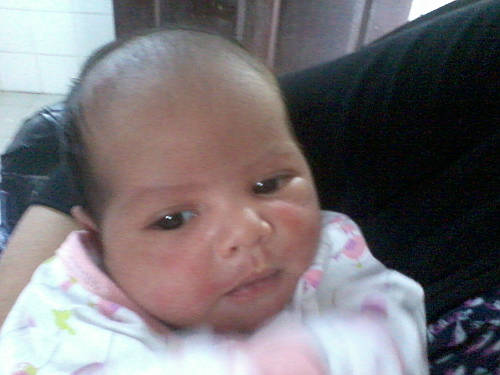 Irfan, just like with Aiman and Yaya, tried to be the best older cousin that he could be. 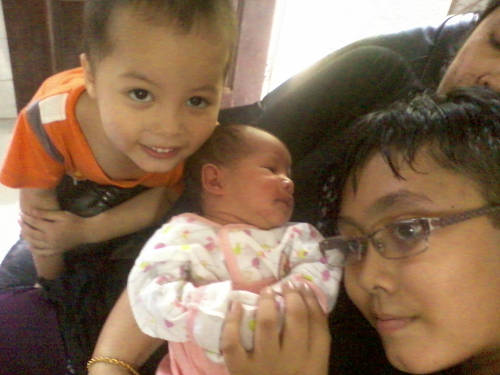 Meanwhile outside, it was a little wet because of a rainfall after a warm and dry day when we arrived. The plantain and longan were probably grateful of this fact. 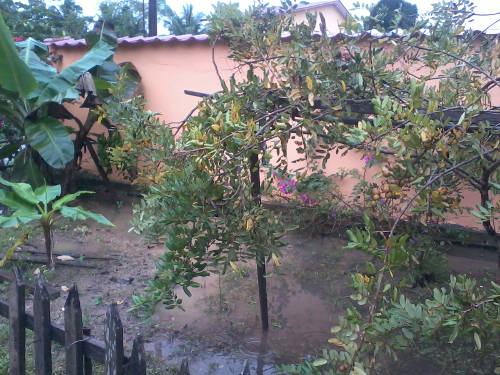 The next day, as the cousins played louder and more vigorously inside, the skies opened up. 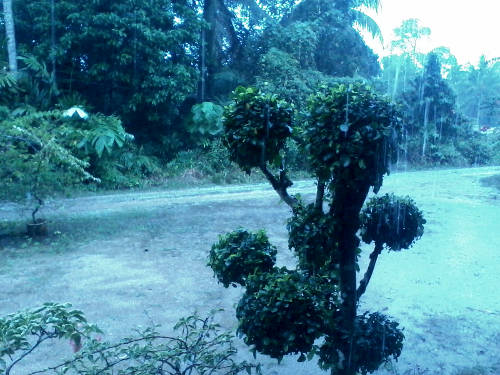 This led to Irfan having fun with tadpoles around his grandparents’ place the day he was to return home to Kuala Lumpur. 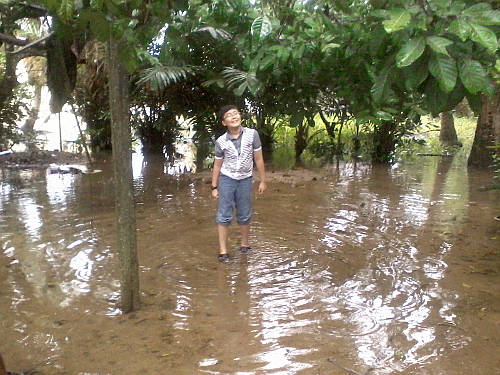