Star Trek the Exhibition was being housed there for the time being. Shane managed to go to Star Wars Identities which looked better, but I takes what I gets. 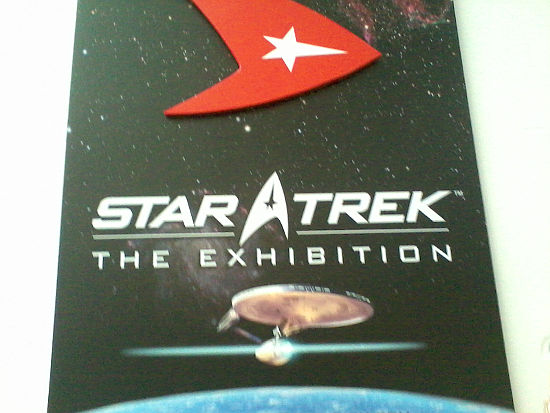 For The World is Hollow and I Have Touched the Sky

They didn’t beam us aboard, we had to walk up the steps and push the door open. Thankfully, this procedure did not need the use of a Heisenberg compensator. 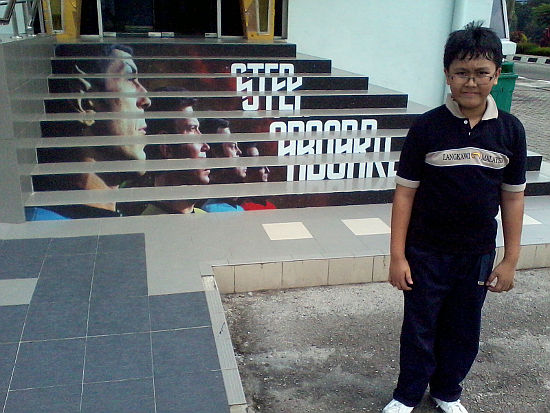 Ties of Blood and Water

There’s a reason why most of these photos aren’t in the exhibition hall. Taking of pictures are not allowed inside. We’ve never been to the science centre before, and we’ve discovered reasons to return in the future when we can. There are a lot of great interactive science exhibitions that are child-friendly. I’d bet Yaya would love to explore the science exhibits. 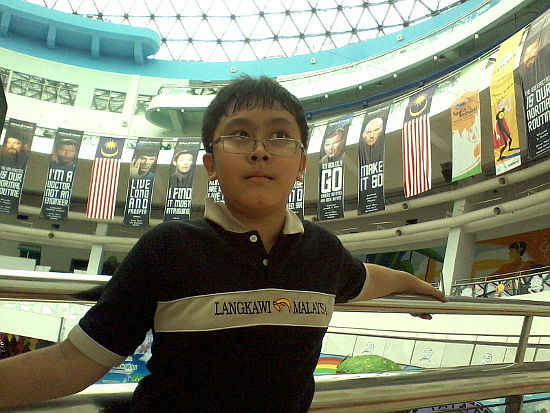 It’s Only a Paper Moon 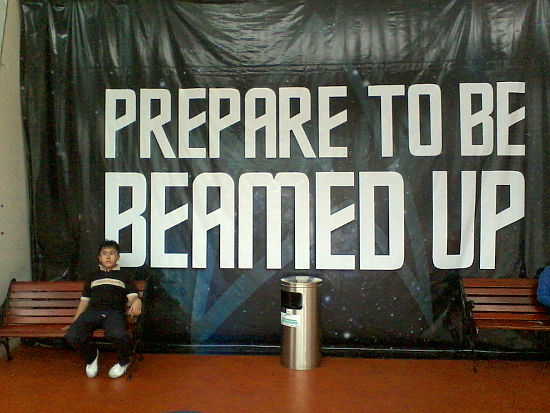 The Conscience of the King

Did I say photography was not allowed? I managed to sneak a couple of shots.

I couldn’t pass an opportunity to have Irfan pose with wall Okudagrams while the Red Alert light strips were flashing.

Presumably there is an attack on the Galaxy-class Enterprise and the turbolifts are offline. So Irfan uses LCARS to access the Transporters, perhaps the site-to-site transport systems. 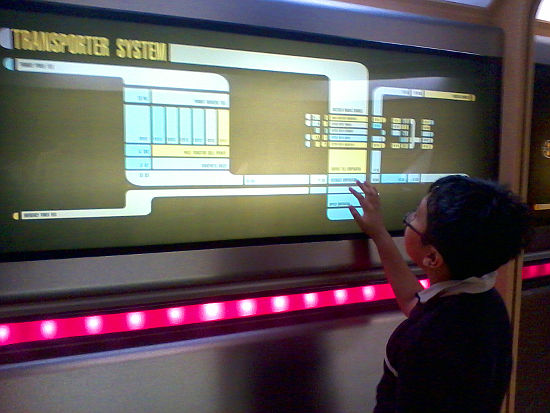 Once the Transporters were accessed, he selected the location aboard the ship he wished to transport to. I guess he needs to be at the main shuttlebay. 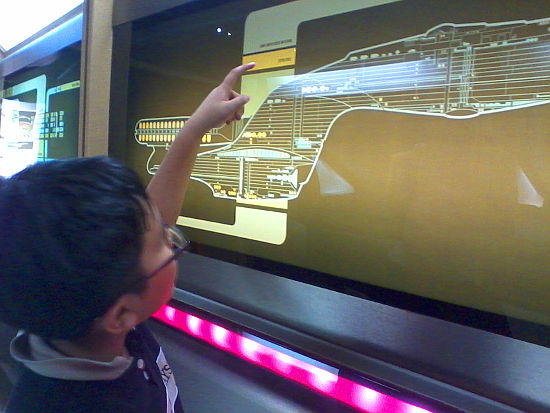 …Nor the Battle to the Strong

There were a lot of props, models and a slew of costumes from The Original Series to Enterprise to all the movies. There were screenplays to be read and concept art to be seen. But the best setup of all was the set of the bridge of the Enterprise pre-Generations with a working back-lit main viewscreen, and video loops of animated LCARS displays on the station panels. An official photographer took a picture of Irfan and I on the bridge. I politely asked if I could take closer photos of the Conn, Ops and Tactical stations, but I was denied. 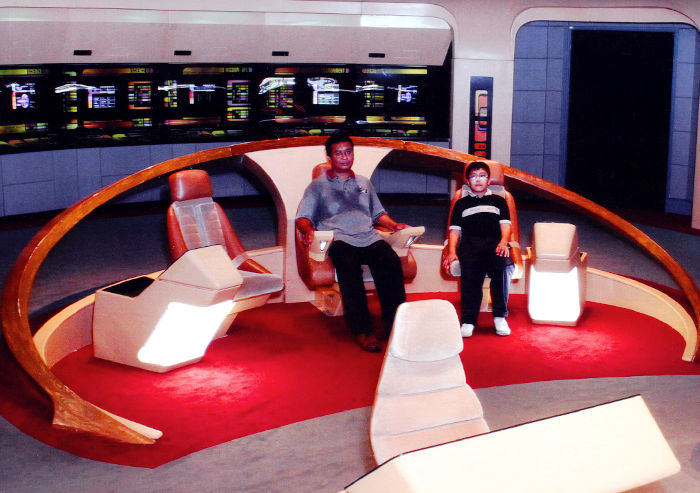 The reason why I’m sweating profusely after our arrival there is vaguely explained in the previous blog post.