Today Ain needed to go to for her scheduled medical check-up. She was along the kampung road out of our housing area when something when BOINK under the car. Immediately she felt the tyres pulling her steering wheel towards where she did not want to go.

So she turned around and headed back to our taman perumahan and just as she turned into a main road in our area – 50 metres or so from our home – the car stopped and refused to move any further.

She walked home, distressed by the occurrence, and I went to have a look. 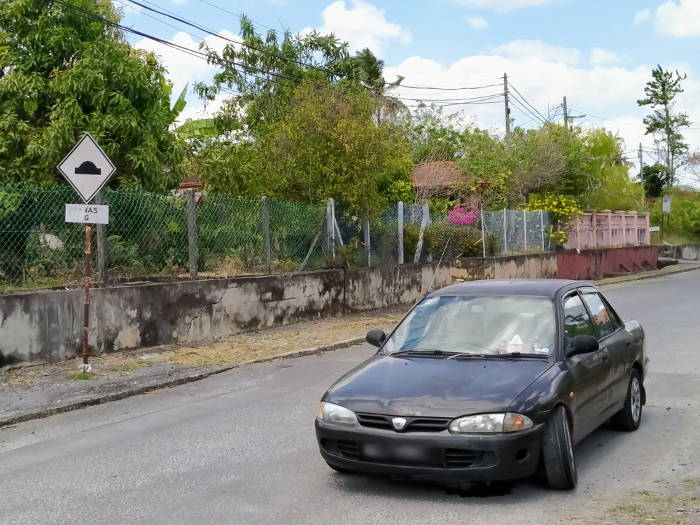 The skies are blue

The closer I got to the car the more dire the damage seemed to be. Also, there was a large puddle of fluid forming under the car and gravity was pressing down the wheel well onto the tyre. 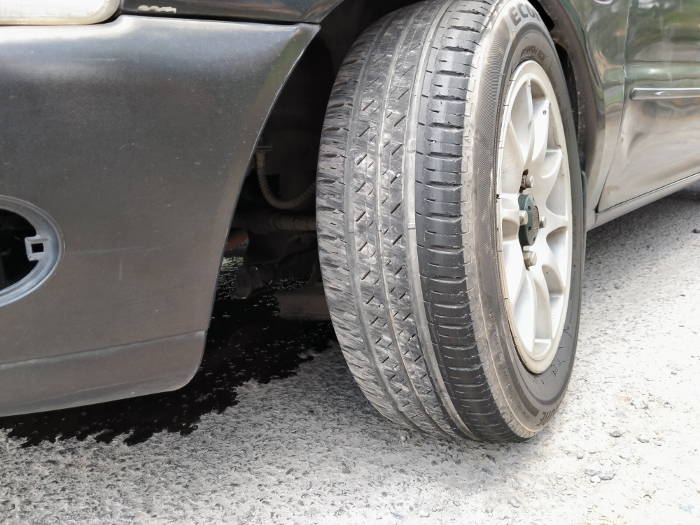 We called our regular mechanic and he came an hour or so later. Apparently the front left wheel’s lower control arm had broken and the puddle of fluid was gearbox lubricant. The car was totally immobilised and he called a tow truck. 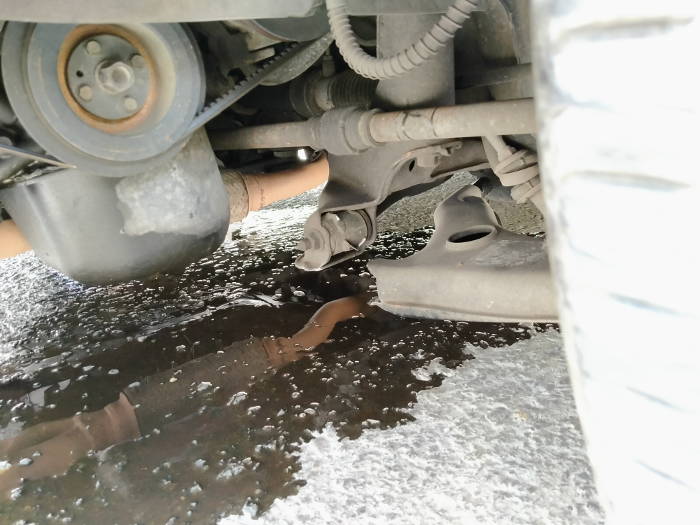 We were thankful for two things, though. Firstly, the car broke down within our housing area and close to the house, even if not within line-of-sight. It turned out that Ain decision to turn back was the correct decision. If she had continued on the car might have gotten stuck on a small path the width of the car itself – and many cars used the path.

Secondly, unlike all the times the car broke down back in Kuala Lumpur, we were able to pay for the repairs without asking for help. For some reason I recently realised that I had not chronicled all the car breakdowns in the blog for some reason.