02 Debacle in the Amazon

This marks the first time my students have played a second game in a single campaign, although they all played new characters because of a TPK in their first session.

A year after the incident in Fukushima, a fresh new group of agents were sent deep into the Amazon in South America. Command was suspicious of the construction of a manufacturing plant owned by the multi-national corporation Eternitech located by the Amazon river.

Trolala Zelimkhanov, the elegantly dressed agent, drove their pink Ford Ranger along the private road that would take them to the Eternitech factory. She had picked them up at the airport and was now driving them through the lush green Amazon rainforest. Because the road was wide and empty, she drove like a Fast and Furious stunt driver scaring the poop out of her colleagues.

They had been driving for over three hours when they passed through a valley, flanked by tall steep hills. Tall and skinny, the dark-skinned shooter Adam Mbokta was stretching at the back of the car when he saw something somewhat distressing: The top of the cliffs they were driving past was crumbling and tonnes of hard, rocky boulders were tumbling down the hill headed towards them!

Mbokota quickly warned Zelimkhanov, rousing the others. She, however, took a while to understand because of Mbokota’s pronunciation. Only when Mbokota kicked the back of her seat and pointed to the rock-slide did Zelimkhanov realise their peril.

Nicolas: A big boulder fell from the top of the mountain and rolled down towards us at high speed. Then, Trolala pushed the pedal to the end, increasing speed to be able to dodge the falling boulder.

She drove like a speed demon as a mass of destructive rocks came down upon them. (She rolled a successful Drive Vehicle check.) But she drive intelligently and in a blink of an eye was able to reach the safe zone before the avalanche swamped down, shredded the road into debris, cutting off their way back to civilisation.

They were trapped, so they pressed forward towards Eternitech. 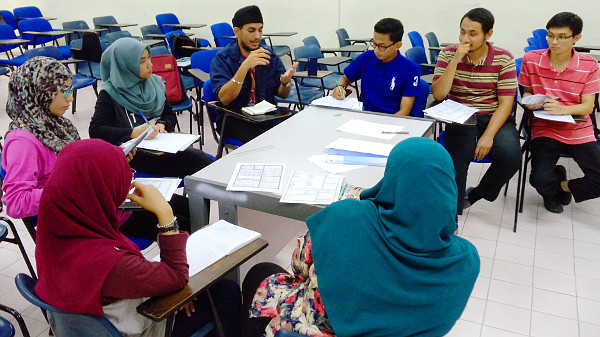 Will these players lose their team again?

Their Ford Ranger arrived at the gates of Eternitech. The Eternitech compound was built against the Amazon river and was surrounded by 6-metre tall, thick concrete fence with guard posts constructed on it.

They pulled up in front of the gates and a security team came out to greet them. They displayed their identification documents as inspectors of the United Nations Environment Programme (UNEP) from Nairobi, Kenya.

After the shotgun-armed guards cleared them for entry, Zelimkhanov drove through the open gates and into the compound. A Japanese man wearing immaculate black coat and tie with the build and the stance of a soldier walked towards them as the gates closed behind them.

Nassirian: As we arrived, somebody come up to our car. He was the Eternitech Director of Security, Hideo Eguchi, who made his way towards us like a big boss, checking us out.

“I am Hideo Eguchi, Director of Security,” he greeted them warmly. “Welcome to Eternitech. I know you must be tired from your long journey. My man, Corporal Reed, will escort you to your accommodations. Tonight, you will have dinner with our Director at our factory’s opening ceremony.”

Corporal Reed word full dark gray and blue tactical uniform with an armoured vest stencilled with the words “ETERNITECH SECURITY” across the chest. He nestled an M4 assault rifle in his hands. His mouth smiled but his eyes did not. “This way, ladies and gentlemen.”

Reed took them into a five story building that served as the site housing. He led them to the fifth floor and ushered them into a spacious suite with a large common room and four bedrooms. Each bedroom has its own bathroom. There was not one window in the apartment suite.

Corporal Reed smiled at them and said, “Have your rest. Someone will call on you for the factory’s opening ceremony later. See you in three hours.”

Zelimkhanov: Corporal Reed escorted us to our room for some rest before we started our work. But I smelled something fishy because I saw Corporal Reed smiling cynically at us when he left the room. But because I was exhausted I ignored it and start resting.

Agent Mbokota tried the doorknob but it was securely locked. There was no keyhole. They were trapped in the suite.

The team casually swept for listening devices and found many of them hidden in various spots.

Mbokota: The door was locked and every room had been installed with closed-circuit television cameras and covert listening devices.

“Let’s just rest for the day, guys,” said Nicolas. They retired to their own rooms, then appeared to check their smartphones. But they were communicating with each other using a secure texting app.

Nicolas opened up his laptop and discovered a secure network that he successfully intruded without raising any alarms. He found a list of factory systems which included room security. He navigated to the CCTV link in their apartment suite. Nicolas was looking at live video feed of themselves in their own rooms. Eternitech was monitoring them. Thankfully the feed did not see what Nicolas was up to.

Soon, with his fantastic network intrusion skills and infosec applications at hand, he set up video loops in their apartment’s security feed to show them lying on their beds.

Then the team reunited in the common room and began planning their escape.

Digging some more on the hacked network, they discovered that the factory had an enclosed and secured power generator complex. The computer system of the generator complex was airgapped and was not accessible by the general Eternitech secure network. There was something classified here that not even Eternitech personnel knew about.

Hideo Eguchi, they discovered, would be able to access the complex and its computer network.

A minute later, Agent Nicolas had remotely unlocked their exit. (Obviously there was a series of successful Computer Use checks in this scene.) 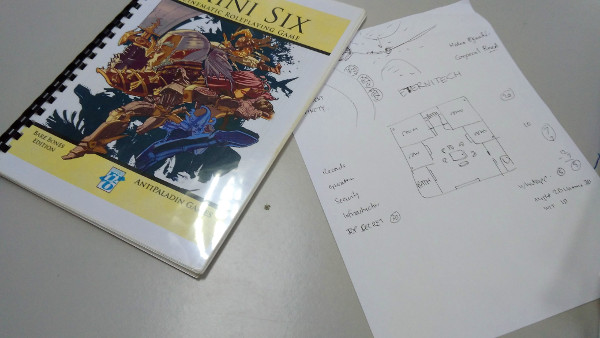 That there is their suite’s floorplans

Agent Mbokota opened the door. Outside was Corporal Reed standing guard. He was unaware that the door was open as he was busy talking on walkie talkie to another guard. (Successful Stealth check.) Then Mbokota tried to sneak past Reed, but (failing a second Stealth check) Reed noticed him.

The team dragged the unconscious Reed into a store room.

Nassirian: I was the last person to enter the store, but before I could someone wearing a lab coat and spectacles passed by in the corridor and noticed of me. He asked me, “Where are you going?” and I answered, “I want to find the toilet but I cannot find its whereabouts.” The man said, “You go straight and turn right.” After he disappeared, I quickly entered the store and closed the door. We tied Reed and confiscated a knife from him.

Come and Get Me

Zelimkhanov: Suddently, there was a call from the Reed’s walkie-talkie. It was Eguchi. Reed tried to scream for help but he could not be heard as no one was pressing the talk button. We put a knife to his throat to shut him up. After that, we threatened Reed to answer Eguchi and get him to come to the store room. We planned to capture Eguchi to accomplish our mission.

Reed spoke to the radio, “Mr. Eguchi. Please come to storage room 5B in the apartment building. There is something you need to see.”

Eguchi’s voice came through the radio softly but clearly, “Something I need to see, confirmed?”

The team was happy. After capturing Eguchi, they would use his high level security card to infiltrate the generator complex and learn the secret of Eternitech.

Nassirian: Zelimkhanov and I hid somewhere behind the boxes in the store while the others hid elsewhere. After a few minutes, the door opened and a flashbang grenade was thrown into the store room.

Mbokota: Followed that was a squad of armoured security troopers, who violently barged into the room and easily detained us as we were blinded and stunned by the grenade.

Nicolas: And then Eguchi entered the room. He ordered his men to bind us. Eguchi knew what we had been planning.

As security dragged the semi-conscious forms of the agents, Eguchi smiled and said, “Did you think Corporal Reed would not have a code to secretly inform us whether there was trouble? I think you will not be attending this factory’s opening ceremony this evening.” 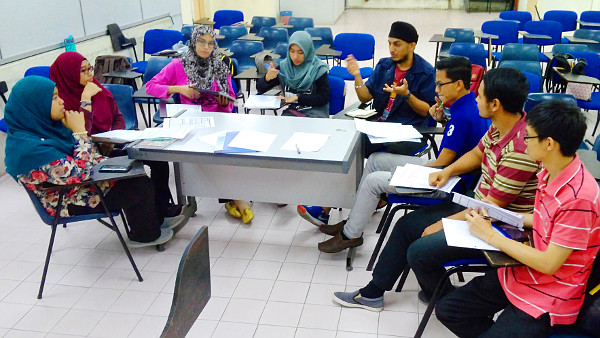 Maybe the agents should have had better combat training

What was going on at Eternitech?