It’s been a while since I posted Star Wars RPG paper miniatures. So here is something that would break the silence: Imperial Royal Guards! The red armoured guards which was first introduced in Return of the Jedi. 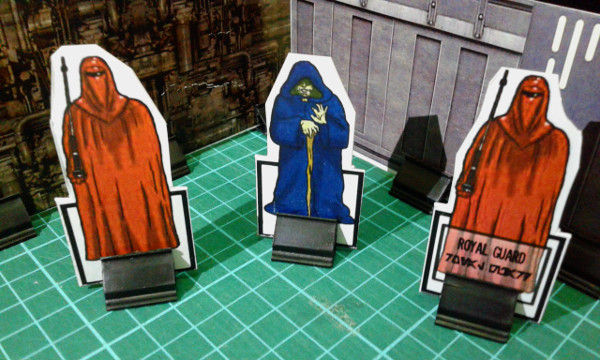 Are those guards wearing underwear under those robes?

As a bonus, I’ve included Palpatine the nice and helpful former Senator from Naboo in the pack. He is such a pleasant fellow. I might have printed the ones in the photo wrong somehow. They came out too dark instead of bright red. 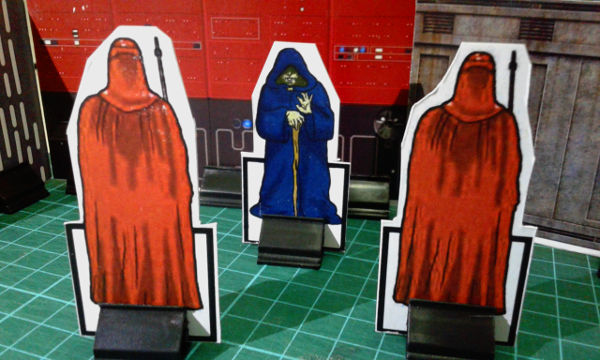 And for the first time ever, my Star Wars paper minis have a back! Now you can actually turn the mini 180 degrees and tell your fellow players that the Royal Guard, or Palpatine, farts in their general direction. 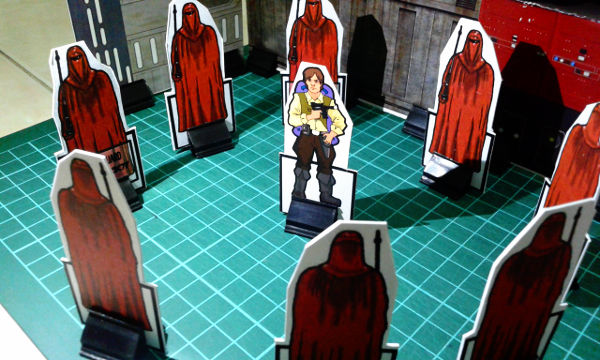 Hunter the pirate will need to fast talk his way out of this.

Is Carnor Jax one of these guardsmen? Let’s just say yes. Click here to download and print these Imperial Royal Guardsmen and their boss Sheev.