It had been awhile since we went for a picnic at the waterfalls of Ulu Langat. So last Sunday, we went for a morning drive out to the country and headed for the Sungai Gabai picnic area near the small town of Sungai Lui. Ain had made mee goreng the previous night for the picnic.

I was worried that there would be excessive traffic because of the three-day Malaysia Day holiday weekend, but because it was early in the morning the roads were clear and parking was relaively easy. However, there were a lot of visitors already there at the picnic site.

We have been at Sungai Gabai once before, but I could barely remember the earlier visit. We would remember this visit as we got wet in the river and had mee goreng there. Also, because we took photos and there’s a blog post about this visit. So yeah, it would be remembered. Unless the blog died for some reason and I lost all the photos and we did not talk about it for decades after. But I digress. 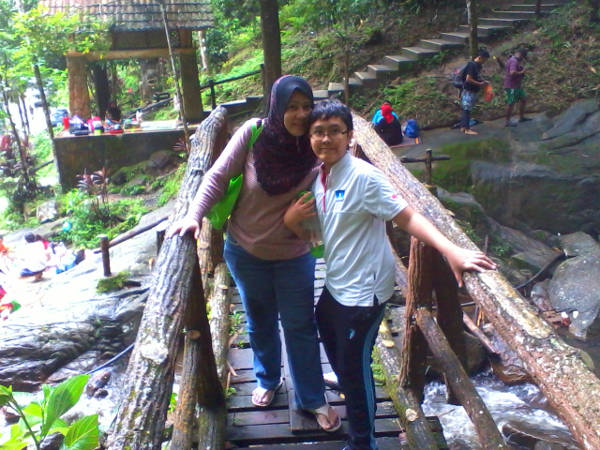 Without using any sort of airborne drones we identified an empty spot by the river on the far bank, so we crossed the bridge to take it. 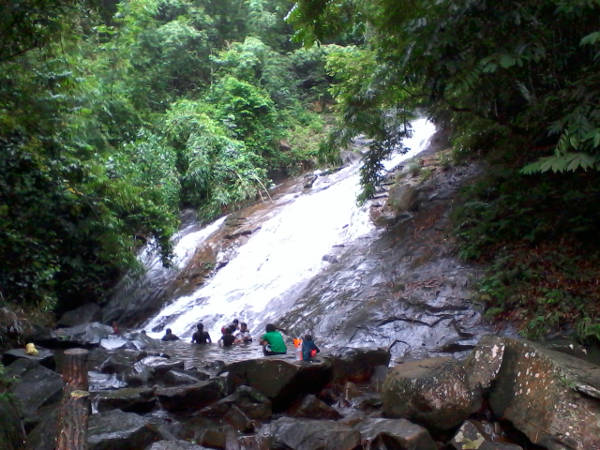 I took a photo of the falls while we crossed the bridge. We did not approach the falls during this visit. Perhaps later. 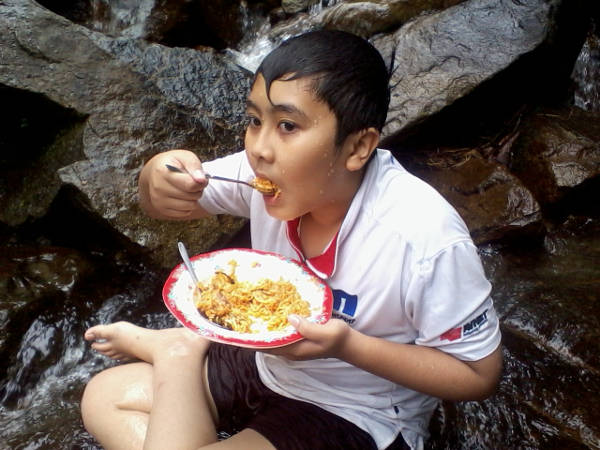 After Irfan had waded and went underwater for some time, it was time for breakfast. Picnics appear to induce voracious appetites in humans for some reason. 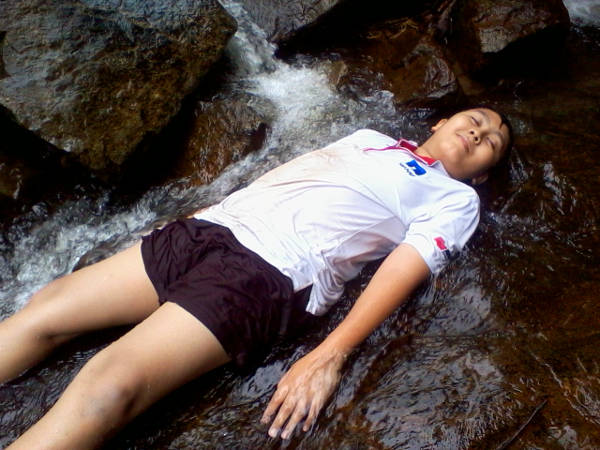 Irfan had a nap on a slab of rock at the river as we took photos. He was eager to go back to the deeper sections of the river. 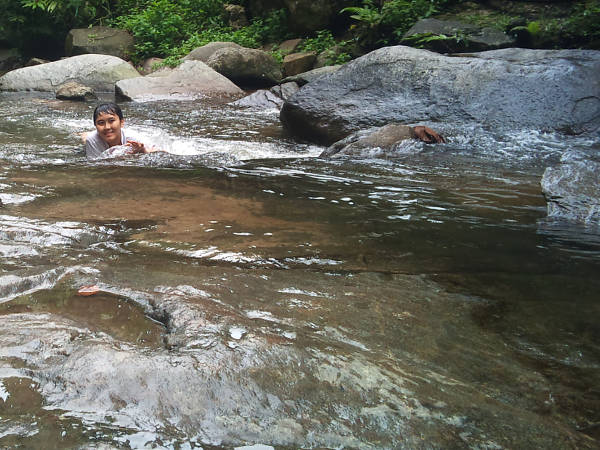 The river is pretty shallow. Irfan was just sitting on the riverbed in the photo above. But there are hazards, such as slippery rocks and sharp pebbles. Where I sat I could see a little frog perched on a rock, water skimmers on the river surface, tiny fish underneath them and blue-winged mayflies hovering near the plants on the river. 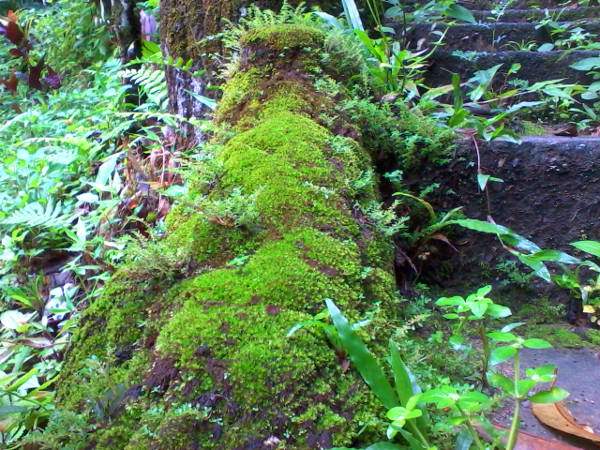