Westward, the role-playing game from Wicked North Games whose development I have been involved with in this past year, has finally been released. Westward is a game of steampunk wild west set on an human-colonized extrasolar planet.

Players and gamemasters of this game play and create adventures around humans whose ancestors were marooned on the planet Westward centuries ago. Lack of conventional power generation has created new technology that uses exotic local minerals and steam to build airships and steam-powered mech. Politics of the cities and settlements make for great conflict for players to embroil themselves in. And deadly alien creatures and hazards await adventurers in the dry badlands of Westward. 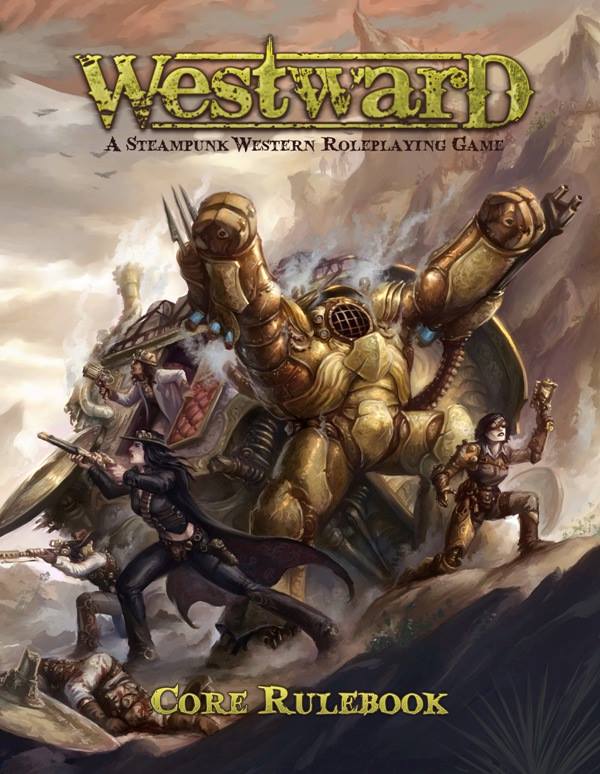 I’d like to thank Wicked North Games for the opportunity to work on this product and with a host of talented writers and artists, some of which have been people I’ve admired since the early ’90s.

The physical books are at the printers’ and will be on sale in a week or so.

In the meantime, check out the Westward tag on this blog here for posts of game artwork!