Back in 2002, the first iteration of the Star Wars Artsts’ Guild made an exclusive deck of unofficial Star Wars sabacc cards. It was unofficial in that it wasn’t a Lucasfilm-sanctioned project. However, the cards and how it was played used the play description as detailed in L. Neil Smith’s The Lando Calrissian Adventures novel trilogy and West End Games’ Crisis on Cloud City role-playing game supplement. A bunch of SWAG artists contributed artwork for the face cards, including myself.

Recently, Bob Rodgers the former Baron Administrator of SWAG reminded me that I have a copy of the SWAG sabacc deck. So I dug around for it and found it. Here are some photos I took of the deck. 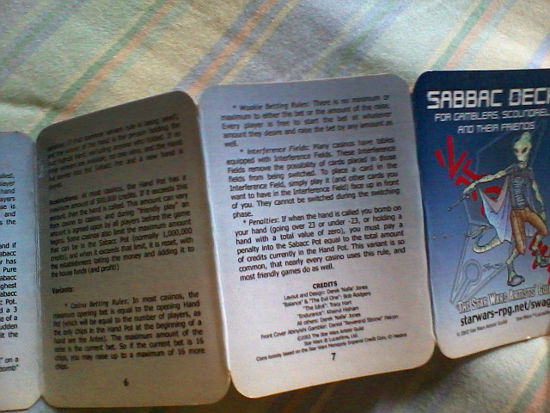 The fold-out rules, with cover art by the esteemed Reverend Strone. 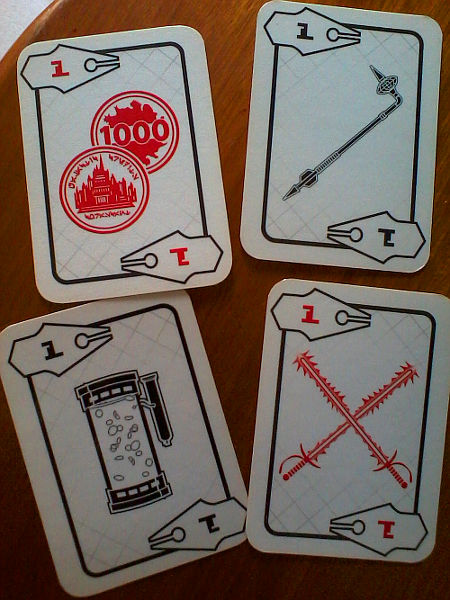 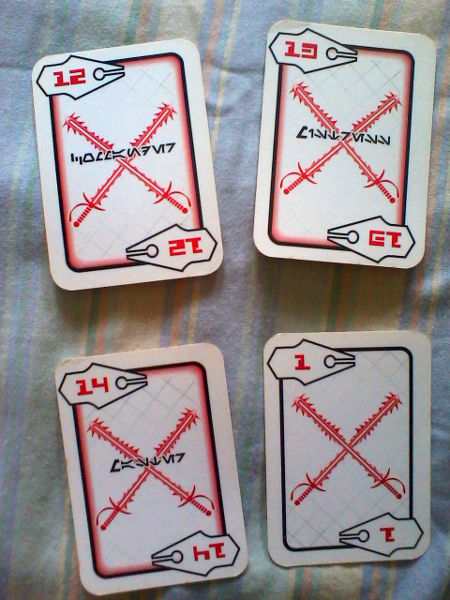 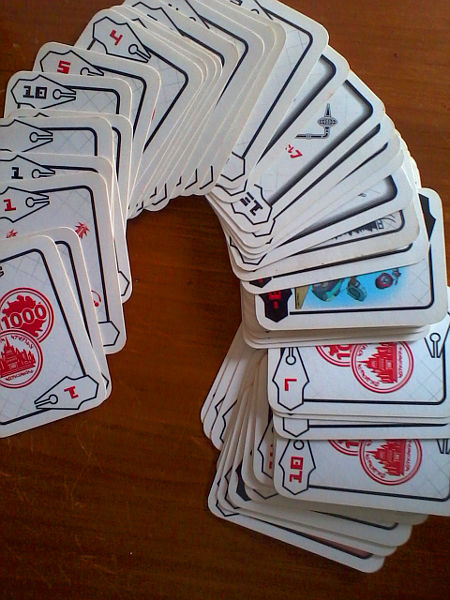 The whole deck arrayed on a chair 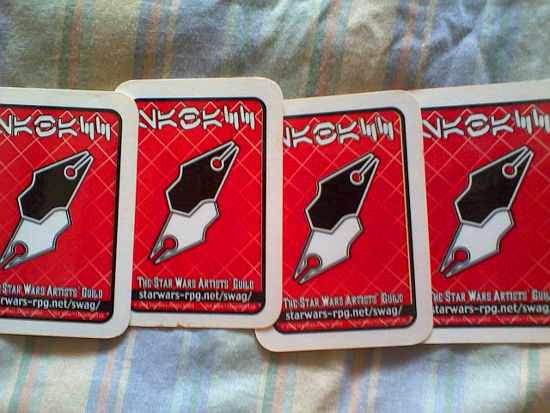 Meanwhile on the dark side of the moon… 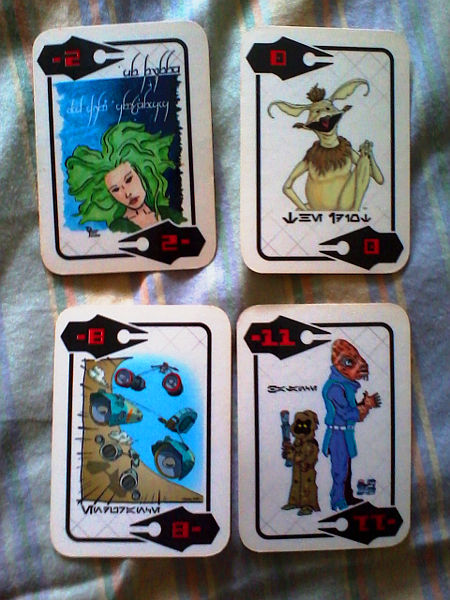 Some of the face cards; clockwish from top left: The Queen of Air and Darkness, The Idiot, Balance and Endurace. 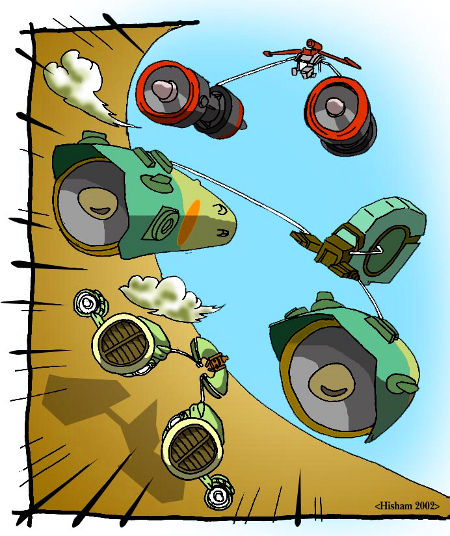