The evening after the Spell-It-Right competition, we travelled to Alor Setar where Ain and Cik Su who came visiting would be heading to Kuala Lumpur to reunite with Tok Bah and Tok Ma, and also to see little Rania. 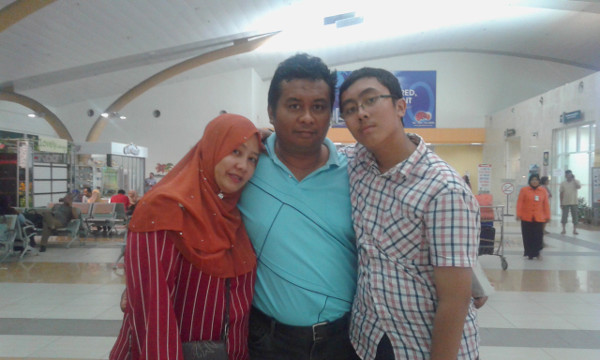 Oh no not another airport

It was sad when Irfan and I were the only two occupants in the car heading home. Perhaps I thought we would continue the adventures of Jax Hunt when Ain was away. 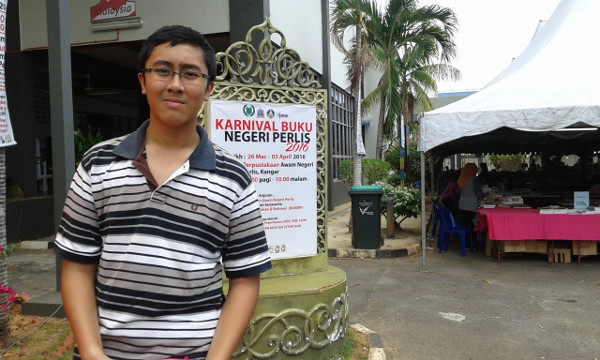 Books are sold under the canopies

But in the meantime there were places to go. For example the Perlis Book Carnival was taking place at the Kangar Public Library. Irfan and I just had to go visit despite the abnormal midday heat. There were food stalls and even an inflatable pool for children. Irfan was much too big for it. 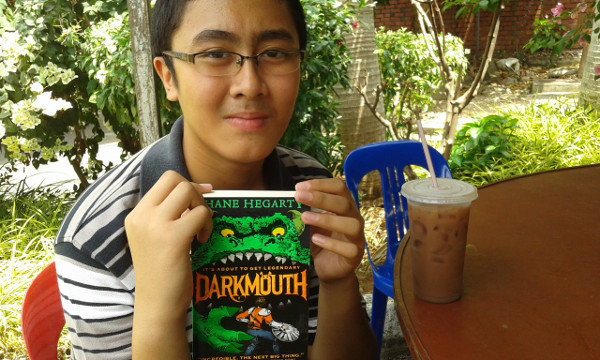 We bought a couple of books. Irfan bought Darkmouth, a YA fantasy novel by Shane Hegarty which he digested quickly over the coming days. I bought a trio of Buku Fixi titles namely Kampung, Pakar and Hikayat Raja Babi. Before we left the book fair, I thought I heard the distant roll of thunder. 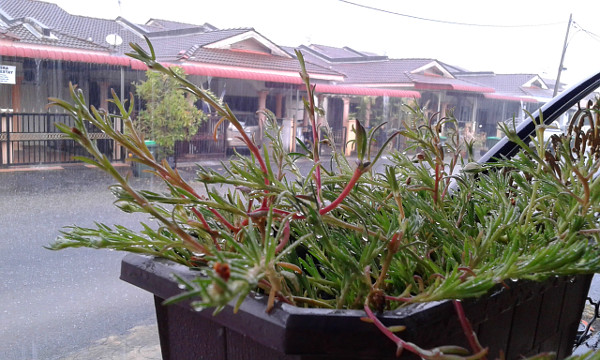 A bit of a torrent

It rained for the first time in more than a month when we got home. It was heavy and continued for perhaps thirty minutes. After it stopped, it became hot again. 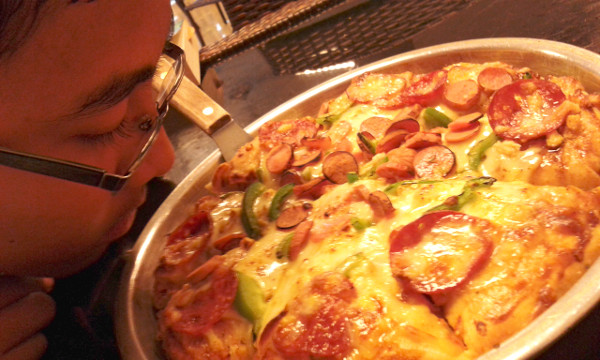 I think it haz teh pepperoni

The next night, I thought perhaps we could continue the adventures of Jax Hunt. But before that we went to Shala Pizza for some pizza. It had been awhile since we were last there. 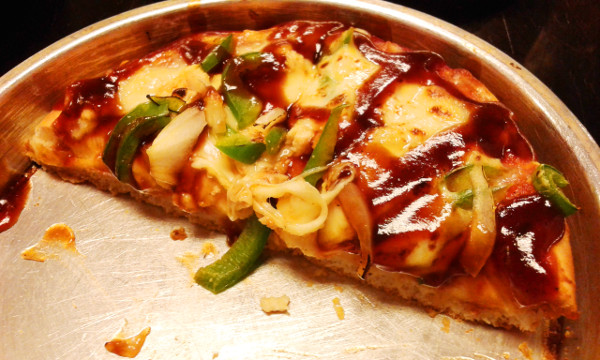 Barbecue sauce is strong in this one 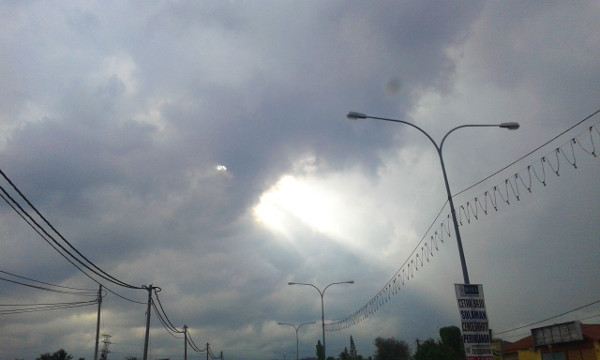 The stars are right

After work and school on Tuesday, we started our journey to go pick up Ain from the airport. The sky opened up and poured light unto us as a portent of things to come, shining a light onto our future. This probably means the car will not break down en route and back from Alor Setar. 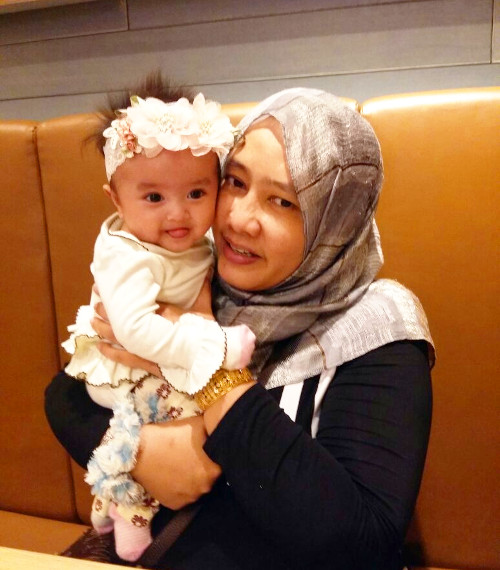 Meanwhile Ain played with little Rania, who cooed and smiled and peed on her at one point or another. 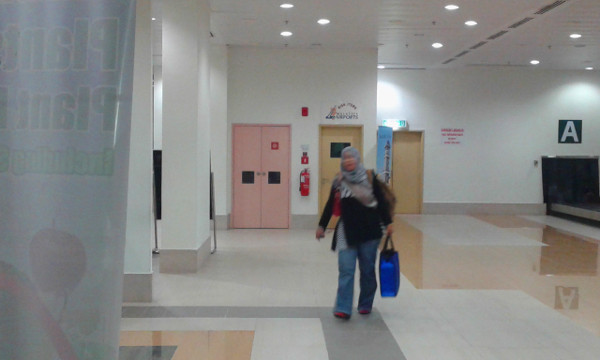 Soon, her flight landed and we made our rendezvous with her at the Arrivals lounge of the airport. Finally we were reunited to continue our bloody adventures. But something felt wrong. Although we were all together again, there was something missing. A spark. 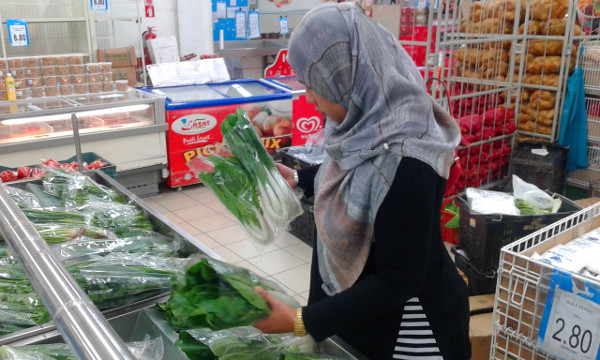 And there was the spark. Ain gleefully choosing vegetables at her favourite locale, doing her favourite thing: buying much needed groceries at C-Mart. And it was not even our regular C-Mart. It was the one at Changlun on our way back from the PLUS Highway!

In any case, the spark had returned and we were all a happy family combat unit once again.