Last year I illustrated some pictures for Balneum Blue, an article for Star Frontiers RPG. And after more than a year it’s finally released in the pages (and the cover) of Star Frontiersman magazine issue 25! 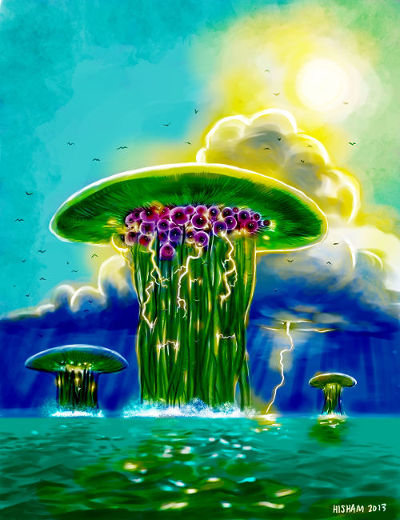 Here’s the cover I did, of some gigantic floating aquatic jellyfish creatures called the hydrozoan. 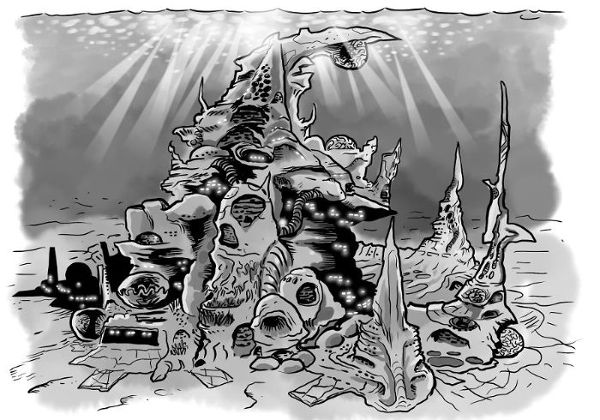 The planet known as Balneum Blue has an intelligent native species called the Gnatha that live in biotech coral cities. 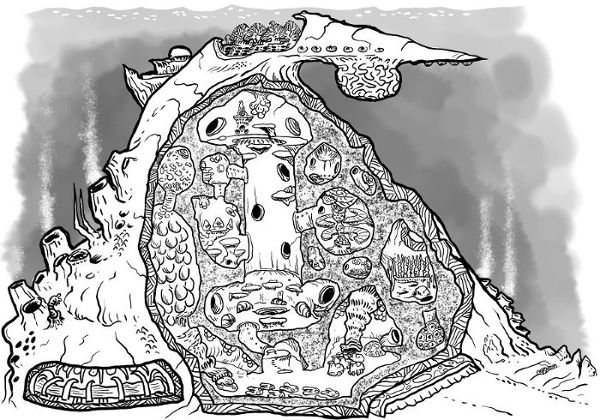 All the image above needs is a map of all the train stops.