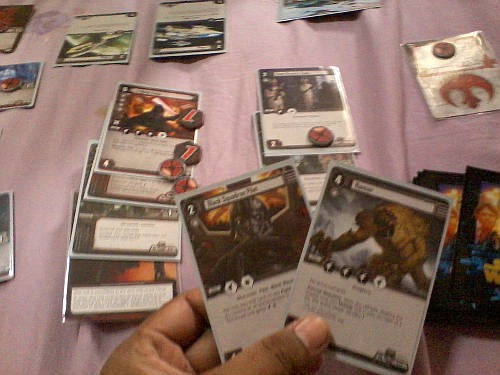 That Rancor is a potent attacker

Another gift from the GOKL gang, I finally started playing with Irfan the Star Wars: The Card Game from Fantasy Flight Games. Designed for two players, but with a future expansion rule that would allow for more than two players, I spent the last couple of days duelling cards with Irfan. He has won once and I twice. It was enjoyable.

I’m certain we got some details of the rules wrong because we played and read the rules on the fly – and I never really played any card games before this. We kept discovering new things that we missed when we played earlier. In any case, you can view the video tutorial by FFG here. 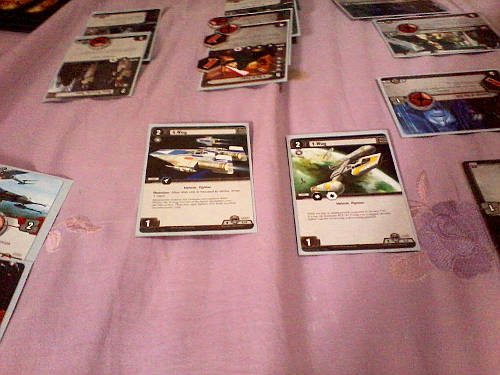 I was worried that the rules would only let you play numbers against numbers, but had no narrative quality to it. Sure you can’t really form a solid story out of your gameplay, but I am glad that we were able to make up stories when based on the character, vehicle, creature, event, enhancement and objective cards. In the above photo, Irfan arrayed his squadron of Y-Wing and A-Wing to attack my Kuati Security Team and Darth Vader (who has Vader’s Lightsabre enhancement card on him to deal more damage.)

The Kuat system. Oh, the memories. 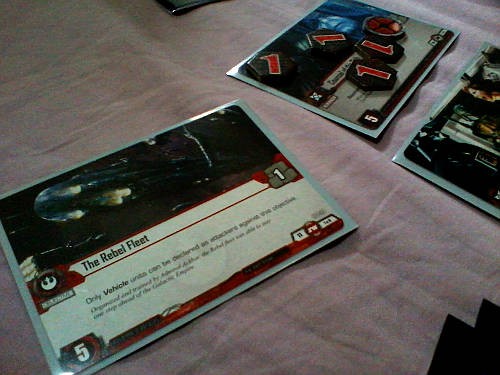 It was massing near Sullust, then I kicked it

Here I managed to bring down Irfan’s Rebel Fleet by dealing 5 blast damage tokens, now in my captured pile.

Aside: I noticed some of the original artwork for the card game can be found in the Star Wars Edge of the Empire Beginner Game booklets. I love the artwork on both products; they are of great quality. 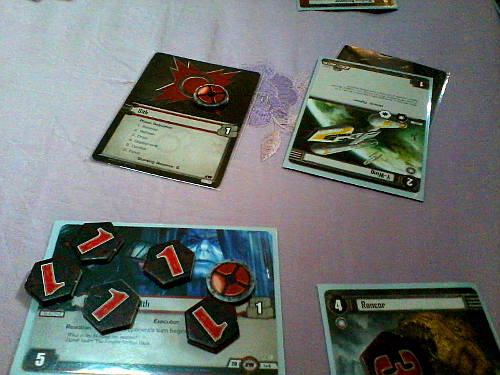 Everything is on the cards

Irfan’s Y-Wing was also able to nuke (presumably with proton torpedoes)  my Web of the Empire objective. This was our third game in three days; we contested our cards in battles. Irfan was to defeat me by destroying three of my objective cards, but the Death Star clock reached 12 before he could.

So, the Sith was victorious! HUZZAH!

Wait, are we supposed to cheer for that?