It’s now 2010, and it’s exactly 30 years since I first met Teik Sing in Standard 1. We were a year younger than Irfan is now.

They’re back on vacation from Sydney and we went out to meet them at their old place in Puchong, where we first meet Ashley’s new sister Emma Grace. Both had the sniffles so Ashley opted to stay at home with his Aunt Ivy as we all went out to grab a bite. But Emma appeared to take a bit of a shine to Irfan during the ride to the restaurant. 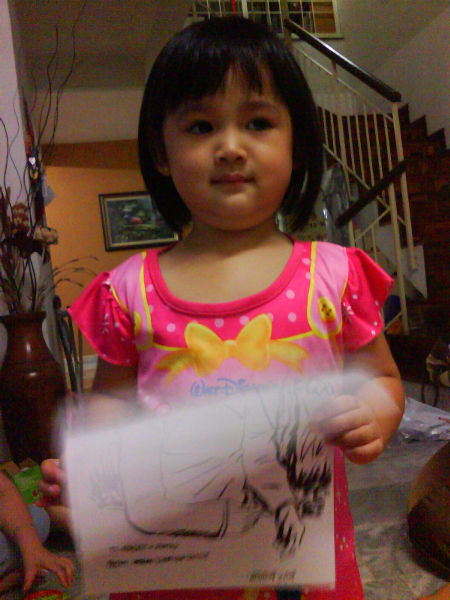 Ashley was waving the inked illustration I made of her as a present as Ain took a photo. Obviously she waved it too quickly. 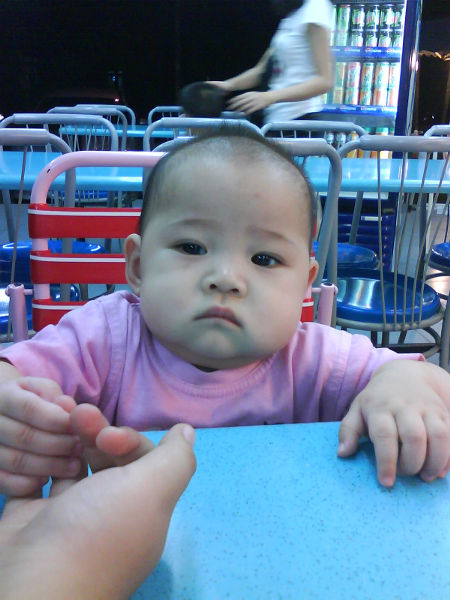 Emma grabbed on to Irfan’s hand at the restaurant, then fell asleep most probably exhausted by the runny nose.

Hope we get to meet them again before they leave for Sydney again.