I brought West End Games’ Star Wars: The Roleplaying Game 2nd edition Revised and Expanded with me to class on Monday. There was time for me to run an hour of Star Wars RPG for my students, so I mustered together all the ones who would speak and ones who would take notes on behalf of their characters, which meant two students per player characters.

The students used the pregenerated characters I made for last semester‘s gaming session in class but they named their own characters themselves. 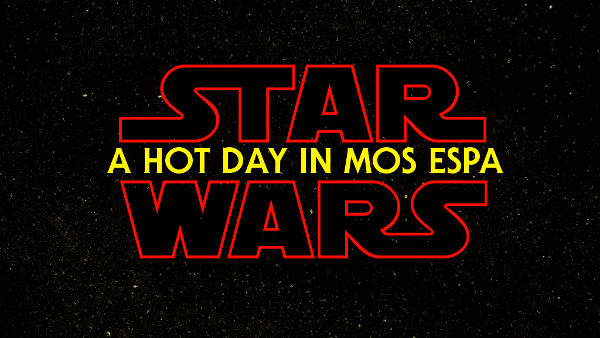 A Hot Day in Mos Espa

Two suns shine down upon the planet Tatooine. A Rebel team landed their modified YT-1300 freighter at a landing bay in the city of Mos Espa and debarked, upon paying the ship berthing fees, on a mission to look for the Alliance Intelligence agent only known as Agent X for some reason. Agent X claimed that he required backup and would wait for them at Warehouse 34.

Wakanda, Jedibo, Creed, Dini and Osas strode out of the landing bay into the streets of Mos Espa. There was quite a sizable Imperial presence in Mos Espa, they noted. Stormtroopers were patrolling the streets in twos.

Image from Star Wars: Attack of the Clones (Lucasfilm).

They tried to ask around for the warehouse district, however someone threw a two-credit coin at them, thinking they were panhandlers.

Then, they tried the more aggressive tactic of accosting an innocent citizen passing by and attempted to ask him for directions to Warehouse 34. However, the man ran away as if he was being mugged and unfortunately caught the attention of a pair of white-armoured Imperial stormtroopers. 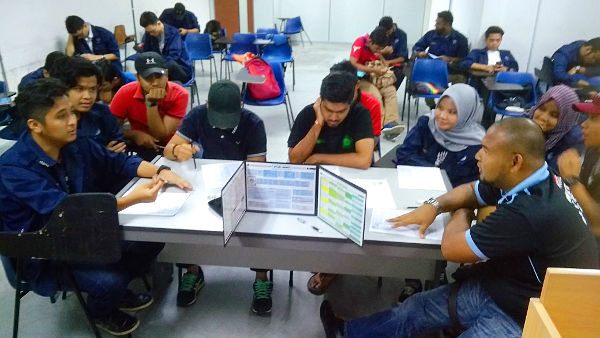 Stormtroopers are coming. What do you do?

With Imperial troops walking their way, they did the first thing that came to their mind.

“Halt!” the lead trooper called out, raising his E-11 blaster rifle at them. “They’re getting away! Stop them!”

The team ducked into an alley filled with lots of refuse and hiding spots, and then stayed very still as the stormtroopers rushed in with weapons pointed ahead looking for targets. (I rolled the troopers’ Search check and got a 9, and the entire team managed to roll over thus successfully stayed out of sight.) The soldiers ran all the way to the other end of the alley and soon were gone.

The rebels slowly and carefully crawled out of their hiding spots among the garbage. This time the 10-year old Dini spoke up. She volunteered to go out looking for Warehouse 34. A minute later, the others were following Dini as she rushed from street to street looking out for signs and hints. (She succeeded in a Streetwise check.)

Soon, they found themselves surrounded by empty, unused warehouses. Right in front of them was Warehouse 34. 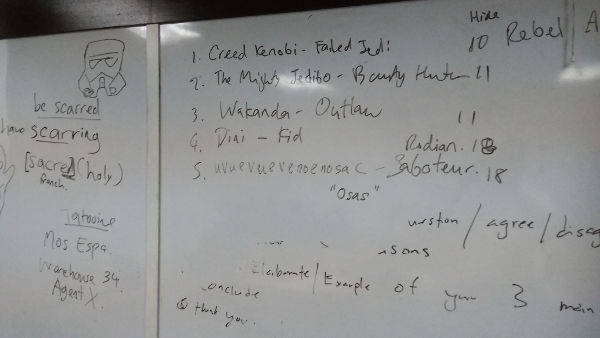 I wish I have a whiteboard at home for gaming purposes.

The group scrambled out of line of sight of Warehouse 34. They began planning in a connecting street which was also devoid of any activity. Creed volunteered to sneak towards the warehouse and use his Force powers to sense what or who is in the building. 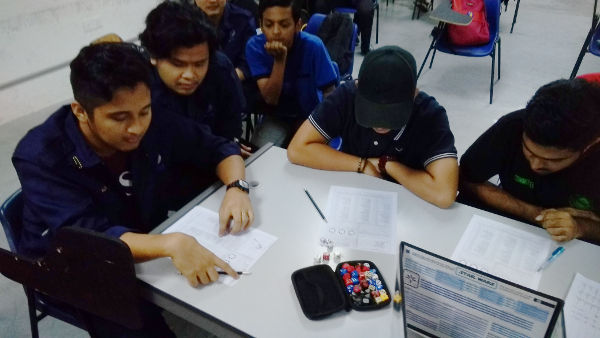 When I grow up I want to be a Star Wars outlaw/bounty hunter/Jedi dude.

Ultimately, Creed apologised for not being able to sense any life forms in the warehouse. He also spotted an open window at the side of the building. Only one person was skilled enough and physically capable of climbing in through the window and scout the building:

The little girl agreed and clambered through the open side window, and then began the reconnaissance of the building. (She again aced her Sneak check.) 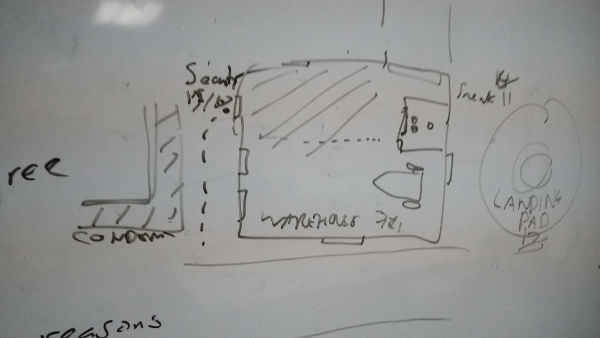 While everyone else awaited her anxiously outside, Dini was swiftly creeping through the mostly-empty warehouse. The Rodian Osas was very jumpy and wanted to go in after Dini, but Jedibo and Wakanda advised against it.

Meanwhile, Dini discovered a landspeeder parked inside the spacious warehouse. She also approached the floor office with a large transparent front window.

Dini crept silently to look into the window. She saw that two stormtroopers were in the office. Both had leveled their blasters at a man wearing a light brown jumpsuit. Dini thought to herself, “Is this Agent X? Does he need a rescue?” 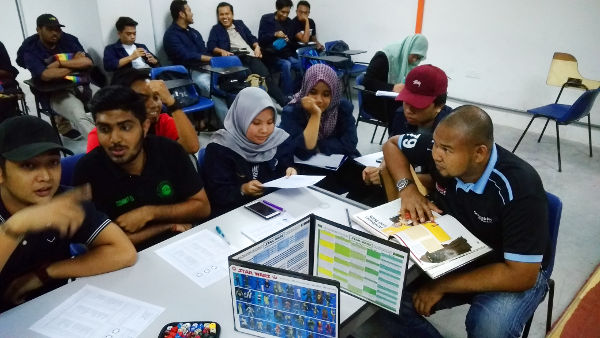 Pijo on the case

Dini slid the window open slowly and silently. No one heard the window crack open. She then dug deep into her jacket pockets to look for something useful. She found nothing… except for a packet of candy.

So, Dini decided to go to the rescue by herself. She tore open the packet, fished out a couple of candies in her hand… and then threw a handful of candies at the stormtrooper’s back. (I had the player roll a Thrown Weapons check, and succeeded. However…)

The candies clattered against the Imperial’s pristine white armour, taking them by surprise.