The Battle of Corulag

This Star Wars RPG game session (D6 system) was the first of two that I ran today using the same scenario I quickly devised yesterday for my English language classes. It was to see how different two different groups of students would play through the same adventure in the same day and if I could cope with both. The scenario was also written so the students would be able to discuss compare and contrast essays however because I started the class with an hour of presenting the conventional syllabus, we only had 45 minutes before time was up, thus we were unable to complete the scenario.

The session I ran later in the day can be found here. 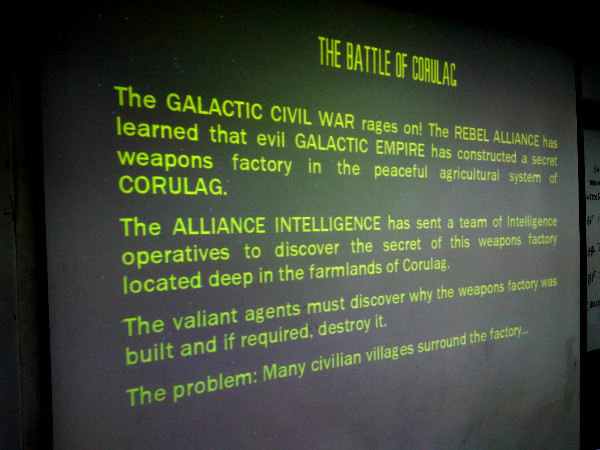 Having a projector in class can be a bonus

Paragas, Vyruz Girl, KC, Kert and Lauren disembarked from a C-ROC transport at the landing field on the southern outskirts of the agricultural community of Oldvalley on the planet Corulag. The five were Rebels, part of an Alliance Intelligence team assigned to gather information on a rumoured secret Imperial weapons factory constructed nearby, and destroy it if required.

Paragas wore leather and fur with a long cloak that hid his blaster rifle. Beside him was Vyruz who was tall wearing a long duster jacket and wide brimmed hat. KC wore a non-descript flight suit with many pockets that held everything from macrobinoculars to a comlink. Kert – being a manumitted KX-series Imperial security droid – strode taller and thinner than any of them. Lauren brought up the rear in his heavy hood and black cloak, his lightsabre deep within its folds away from prying eyes.

Oldvalley was located in one of the many agricultural regions of Corulag. Although the towns here were not as populated as the bigger cities there such as Curamelle, there was still a substantial Imperial presence here. Imperial stormtroopers patrolled the streets, harassing the local farmers and business owners looking for rebels. 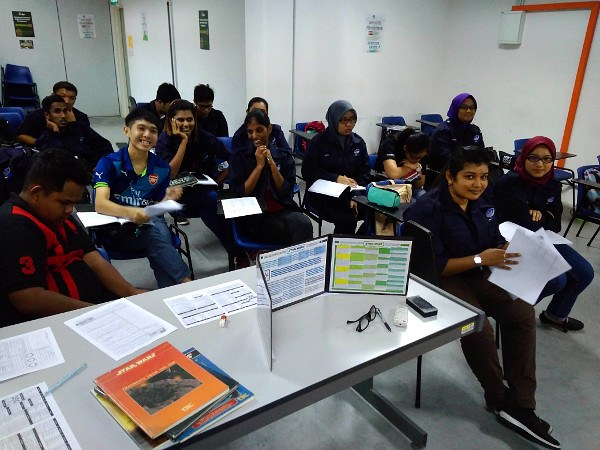 I never leave home without Galaxy Guide 9: Fragments From the Rim

Walking into town, the team decided to visit a local cantina to gather information about the secret weapons factory.

A nearby cantina beckoned them. However, they discovered that there were four Imperial stormtroopers inside. These armoured troops of the Galactic Empire were hassling the owner of the cantina.

The team considered going in to rescue the owner, but instead decided that Paragas should enter first, which Paragas was happy enough (and bloodthirsty enough) to do. KC and Lauren readied themselves by the front entrance while Vyruz and Kert took positions flanking the large window on the cantina façade.

KC wrote: As soon as the bounty hunter walked in the cantina, the stormtrooper squad leader noticed the unfamiliar person. He stepped forward and asked Paragas, “Why you are here?” Paragas answered, “I am lost.” Then Paragas tried to attract the leader come with him outside where the ambush was waiting. But he failed. 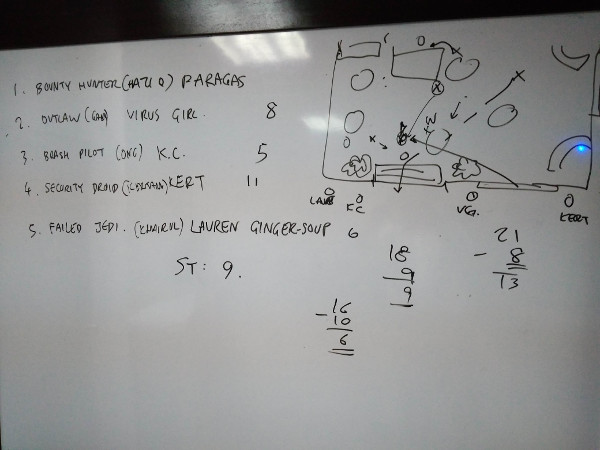 Lauren Ginger-Soup needs to be a canon Star Wars name

The stormtroopers opened fire, but he was faster. He shot at the two closest trooper and felled one.

One of the stormtroopers rushed for the entrance, but Lauren was prepared by the door. His blue bladed lightsabre slashed and killed him.

Kert and Vyruz jumped through the window, their weapons blazing and assisting Paragas. Several more stormtroopers fell. KC then strode in his DL-18 blaster pistol picking off the last stormtrooper.

The battle was over and they were surrounded by fallen Imperial troops. The owner of the cantina was hiding behind the counter, forgotten by the team. 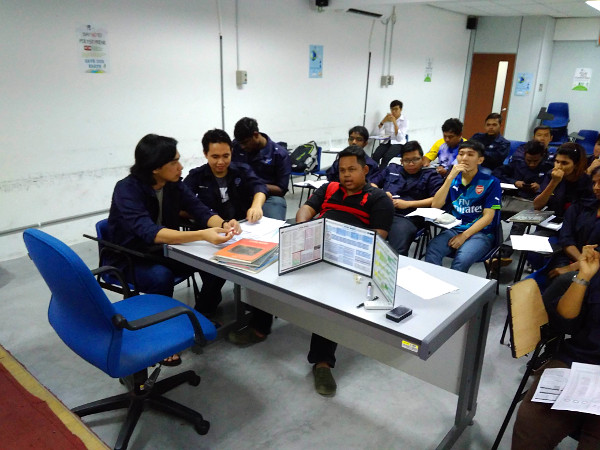 Uniciti needs to repair its projectors

The team had just made a mess in Imperial territory. They decided to leave the cantina before more Imperial stormtroopers and agents arrive.

To be continued, maybe?