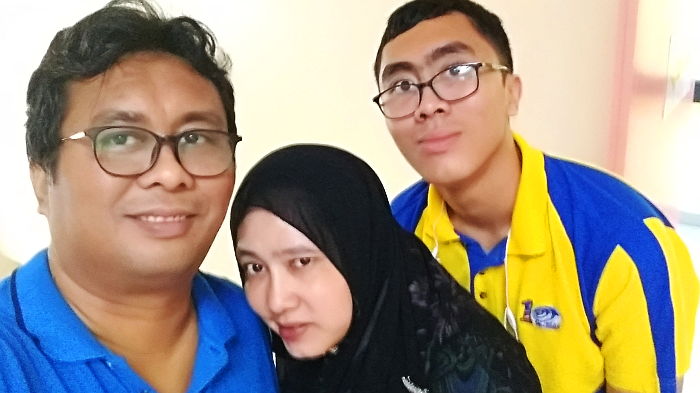 No picture of the tooth.

This week is was my turn. Once upon a time, I experienced a hard time having a tooth removed. In the last couple of weeks, my right molars was acting up. By acting up, I mean giving me an agonising jolt every time I chewed on food.

So on Friday Ain and I went to the public clinic and hoped that the extraction would not be that much of a hassle. Little did I know that the tooth had split in two along the centreline. It made it difficult for the dentist to pull it out. Not to mention, despite four times injected with novocaine or lidocaine or something, my tooth still felt like it was being stabbed by a white-hot needle.

Like the previous tale told in the link provided above, the dentist required that I come back another day because of my physical distress. What about my blood pressure? she asked. I thought it would take 30 minutes, but I took almost four hours from when I arrived until I left the building.

I returned Monday with Ain and Irfan.

It took four more injections. They jammed some apparatus into the tooth and tried to get a grip… from inside the crack? I was unsure. Ultimately the tooth was removed. First one half was pulled out. Then, the other.

I was relieved. I staggered out of the surgery room woozily, but relieved. Should I have another tooth extraction, it would be too soon.