Another month, another new year – making this the third new year in two months. What’s a new year – especially Chinese New Year – without a vital trip to the nearby FELCRA seafood restaurant, as previously seen in this entry from a couple of years back. 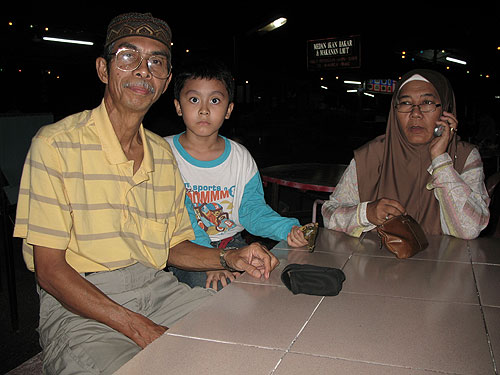 Waiting for the squiddies to arrive

As usual, the highlight of dinner is the fried calamari a.k.a. sotong celup tepung. The crew depicted above is eagerly awaiting the arrival of the squiddies. However, Irfan is easily distracted as shown in the following photo. 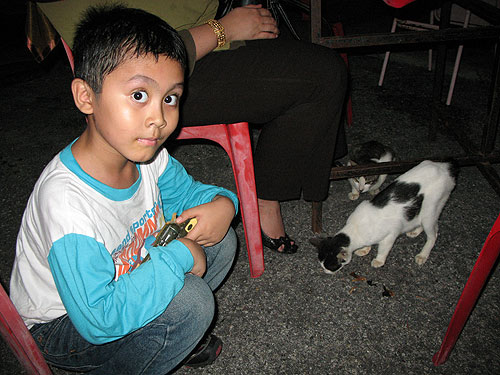 When the stingrays were done, Irfan fed its gristle to the cats, who as far as we can tell appreciated the food. 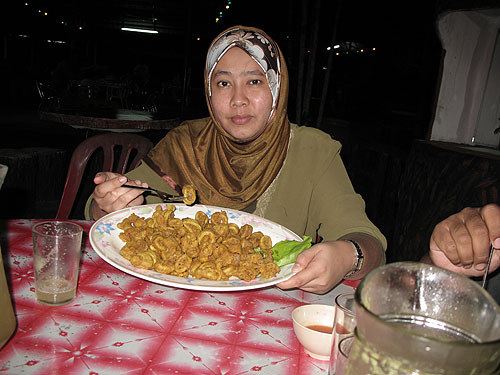 Above, Ain happily shows off the batter-fried calamari, which is the best we’ve had the pleasure of tasting. The dinner commemorated group of three birthdays and one anniversary, some of which had just passed and some has yet to come.