Comrades, some since Standard 1 in ACS Sitiawan way back when the town had one main road running into it and there were swathes of rubber trees between small clusters of houses and stores and buildings. 20 years after I officially left the school, it’s time for another gathering in Sitiawan, this one precipitated by none other than Chinese New Year. Apart from Gnana, Sathya and Alvin, I haven’t seen this bunch for at least 18 years or so. 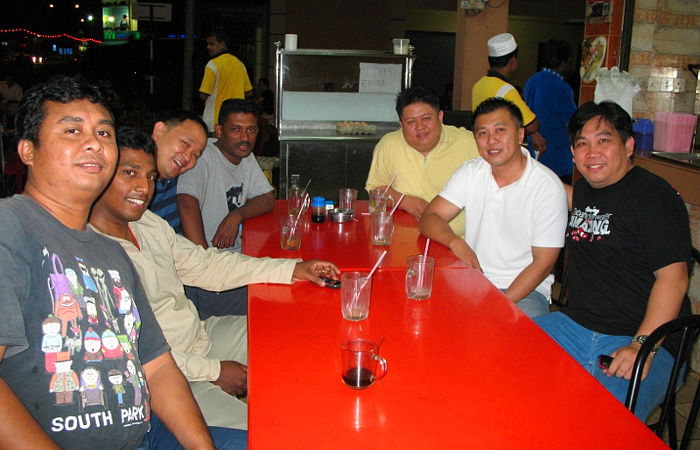 Teh tarik and stuff 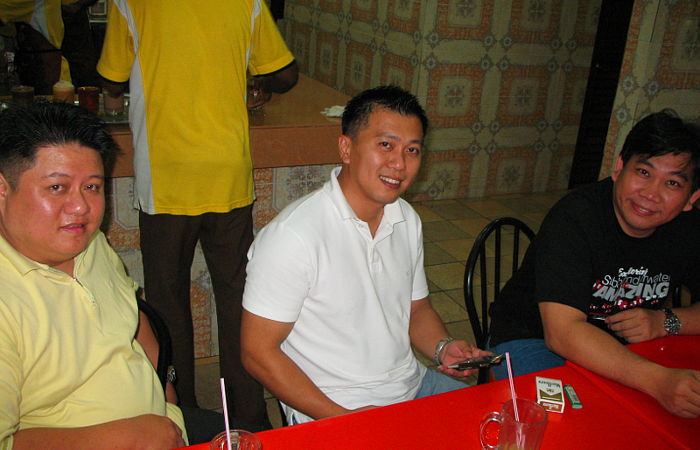 Coincidentally Alvin and the Chipmunks was playing on Star Movies or Cinemax or whatever they had running on TV. When we arrived it was just beginning. We left just after the credits rolled. In between, we talked of old friends and old times, some of which shall not be reprinted her for posterity’s sake. 😉 There were lots of laughs too. 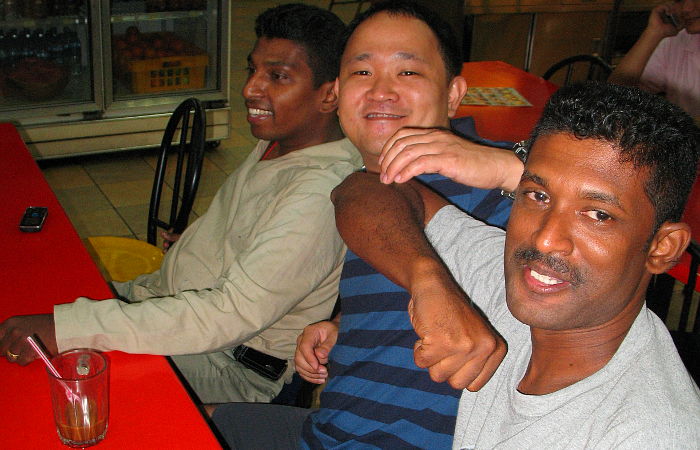 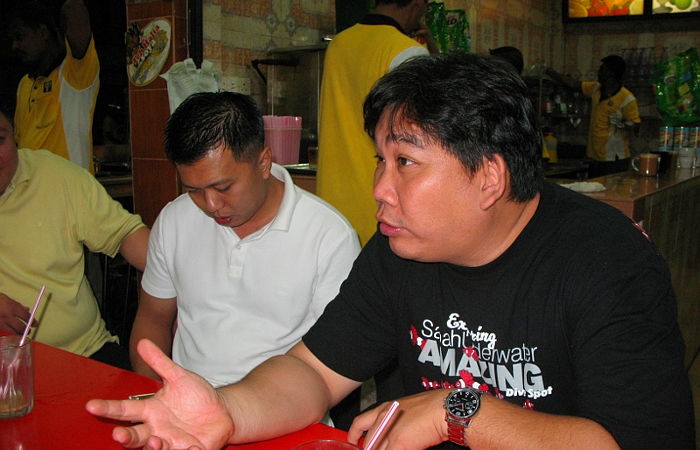 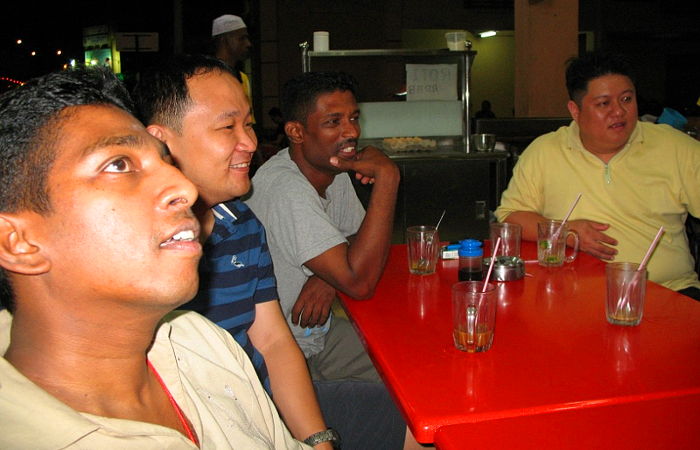 Perhaps more gathering of the old crew should be planned.