I might have overdone it with the “Those Stories About What Happened” meme adapted from the latest Star Wars The Force Awakens trailer, pertaining to West End Games’ Star Wars The Roleplaying Game material. It probably what Han would tell these kids about the Galactic Civil War shenanigans as played by Star Wars D6 RPG players.

First, here is a general flavour of memories of role-playing games as a general, not just limited to Star Wars. 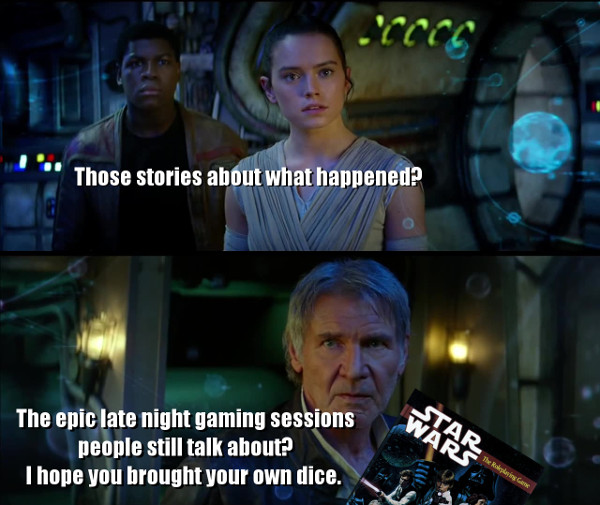 Then, there was that one time Sila stole Zardra’s stun cloak during Tatooine Manhunt when she and Puggles Trodd launched an attack on her party when they were asleep. 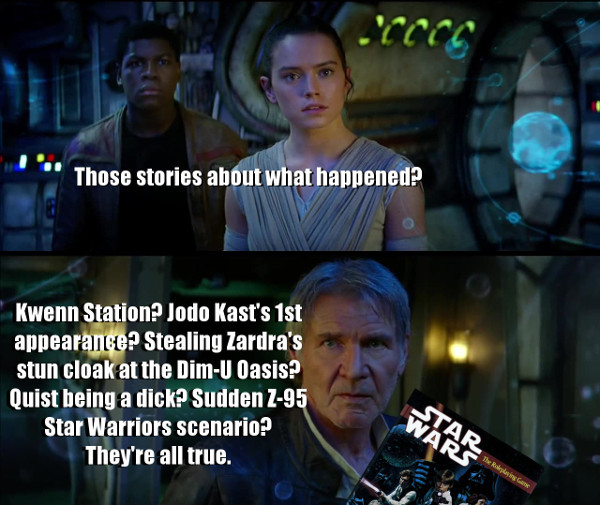 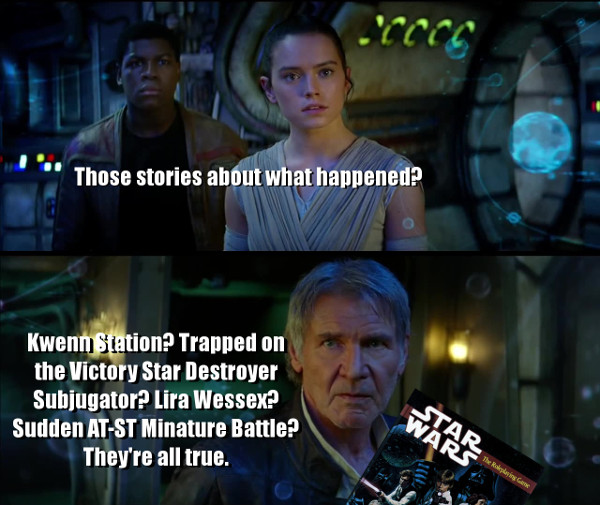 Not to mention the exploits of the Black Curs team. 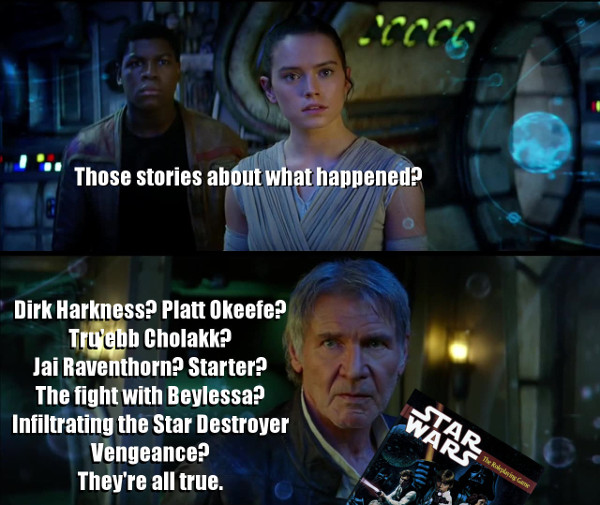 And finally, from Galaxy Guide 9: Fragments From The Rim, a gag written by a tabloid-esque news outlet in the Galaxywide Newsnet chapter of the book: 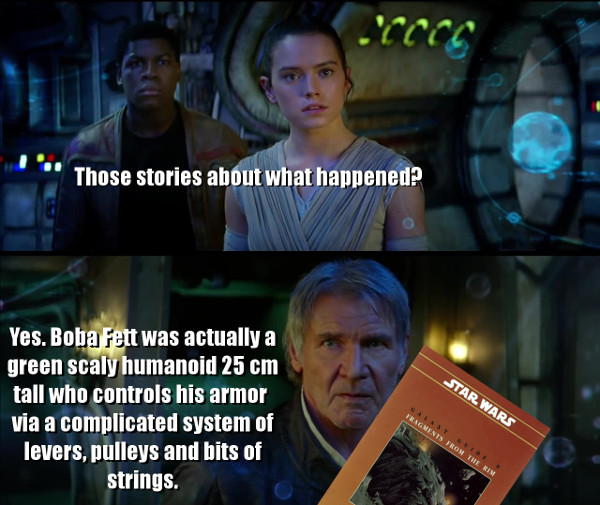 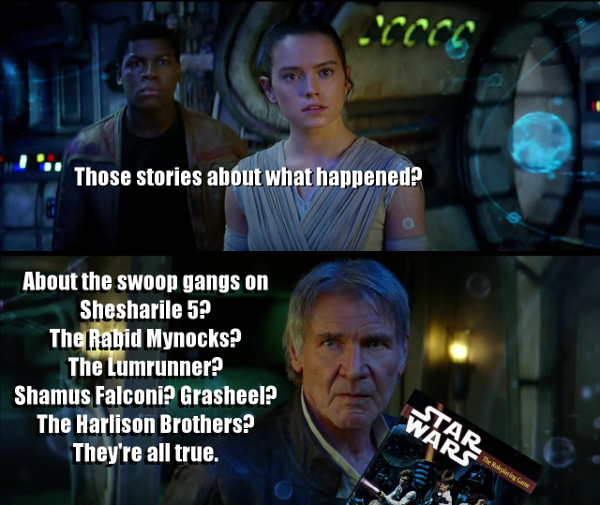