And then it came to pass a couple of weeks back that a number of Star Wars Twitterfolk began talking about an animal.

Specifically, the carcass of the creature that was the bait which drew Chewbacca and resulted in him, Luke, Han, Threepio and Artoo being captured in an Ewok net trap on Endor.

Since its appearance in Return of the Jedi, the critter has been named, and is known as the verkle.

In the midst of the discussion, I thought it would be amusing to sketch a conjectural design of what the whole animal would look like. Using inks and markers, I came up with the following: 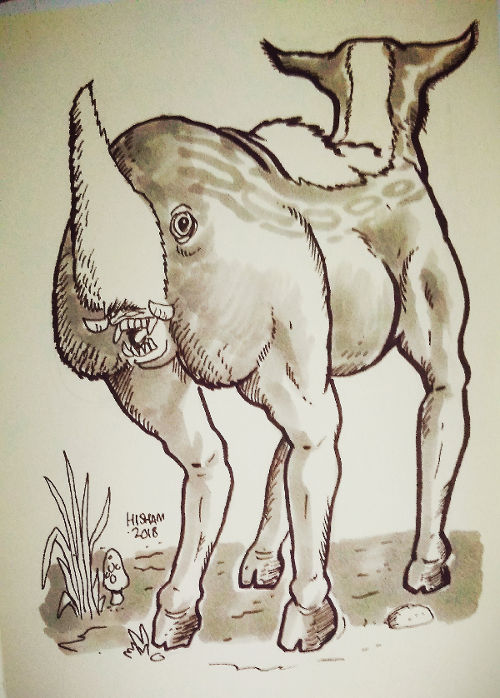 According to its wiki article, the verkle “prop is a white tailed deer with fake teeth added to the deer’s anus.”

Return Of The Jedi is on #TNT right now. Has there EVER been a name given to that dead animal that Chewie tries to eat?

A conjectural illustration of what a verkle of Endor might look like, the bait that drew Chewie and got the out heroes captured by the Ewok net trap. pic.twitter.com/n4IeqEkGRm