Before we left for Kuala Lumpur and Sitiawan last weekend, Ain was enamoured with another stray kitty who hung around at a roadside stall nearby. She took to Ain very well, so she thought we would also adopt her and Betty would have a companion. 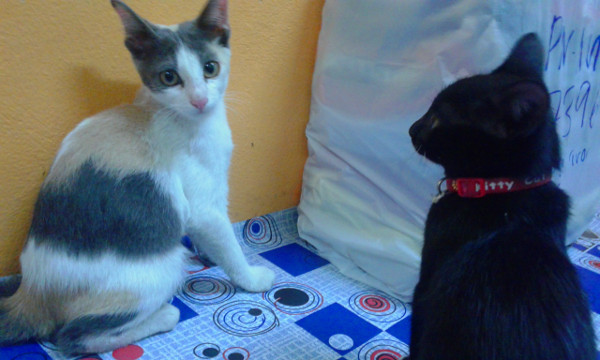 We took in the new calico on Tuesday and named her Veronica. Like their namesake, Betty and Veronica did not really get along well. Betty was quite haughty and Veronica was a better-behaved kitty. They did things together, but once in a while they got into hissing slap flights. We thought that after a week or two of acclimatising, the two kitties would be okay with each other.

On Wednesday, while we were having lunch at home a neighbour knocked on our door and told us she saw Veronica get hit by a car. She was at the doorstep limp and lifeless, her eyes looking out to nowhere.

While I returned to work, Ain and Irfan sadly buried Veronica by the canal. We were all shocked by the sudden death. Even Betty appeared to be shaken by the event. She is less energetic and behaves better than she ever did now for some reason. Perhaps she regrets fighting with Veronica. 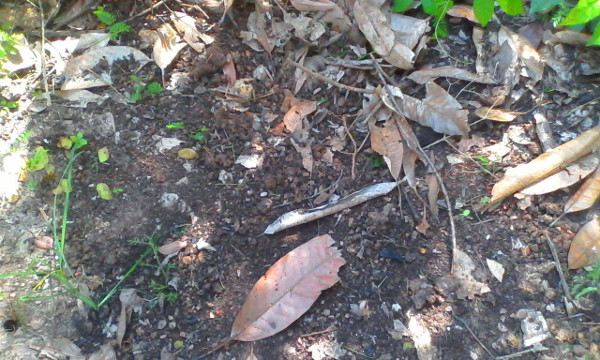 So long, Veronica, and sorry.

Posted in Family Pics and tagged Around the House, Betty, Critters.