One of the gifts given to me by Kai and the Gamers of KL crew on our trip back to Kuala Lumpur was Lords of Nal Hutta, the recently-released sourcebook for Hutts and Hutt Space for Star Wars Edge of the Empire roleplaying game by Fantasy Flight Games. Bonus: it was co-written by Gary Astleford. 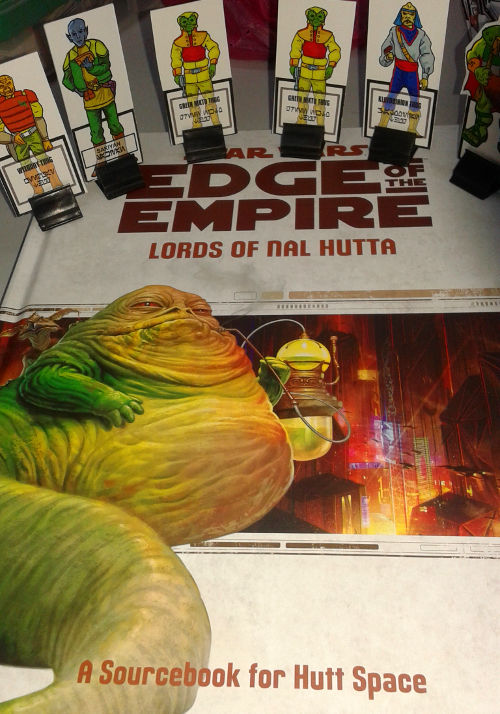 Now all I need is a sourcebook for the Kathol Outback

It would certainly help my gamemaster (GM) the campaign I ran for GOKL, entitled “Modesty Blazing”, because we were about to meet Sassatania the Hutt, Zeltron pilot Darter Kel’s former fling and daughter of Teemo the Hutt.

An illustration of Sassatania can be found in this blog post. Coincidentally, several locations described in the book had been featured in two different Star Wars D6 campaigns I ran for GOKL. (Well, one campaign and one one-shot session.) 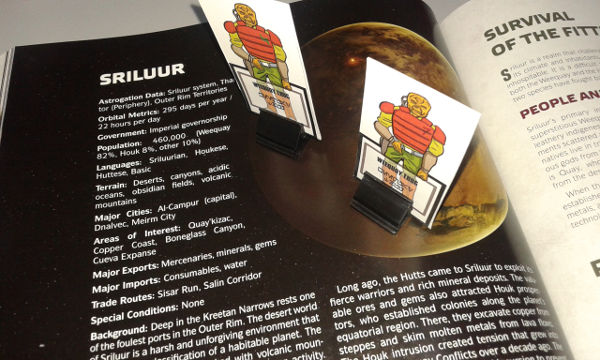 When I grow up I want to be a darkwolf

Sriluur of course showed up in A Bad Example in the Spacelanes campaign which was never finished. 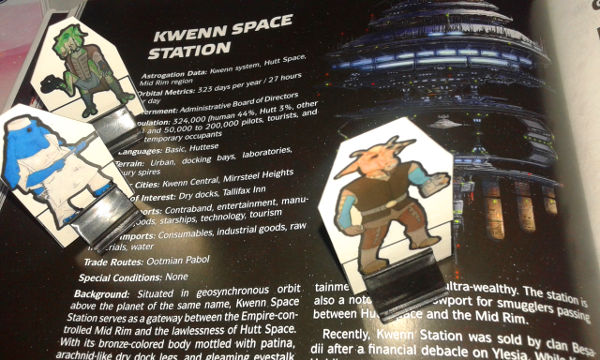 Someday I want to send players to explore Ootmian Pabol

Kwenn Station was where the player characters started in The Rancid Putrefaction of a Cosmic Caterwauling Cabal one-shot game.

So many other features in this book, from a list of Hutt kajidics, vehicles, weapons and Hutt Space systems from Kintan to Toydaria, that I will try to include in future Edge of the Empire games I run.

Especially ones that lead the players into wretched hives of scum and villainy.