From the first ever Star Wars original novel, Splinter of the Mind’s Eye by Alan Dean Foster, is the giant worm known as wandrella. It was visually defined by Chris Sprouse in the Dark Horse Comic adaptation mini-series. There is a link to the D6 stats below, and comparable (more or less) FFG stats are displayed beneath it.

Why would you not want your player characters face a giant slimy albino worm that could burst out of the ground or a dark, dank cave during their adventures? 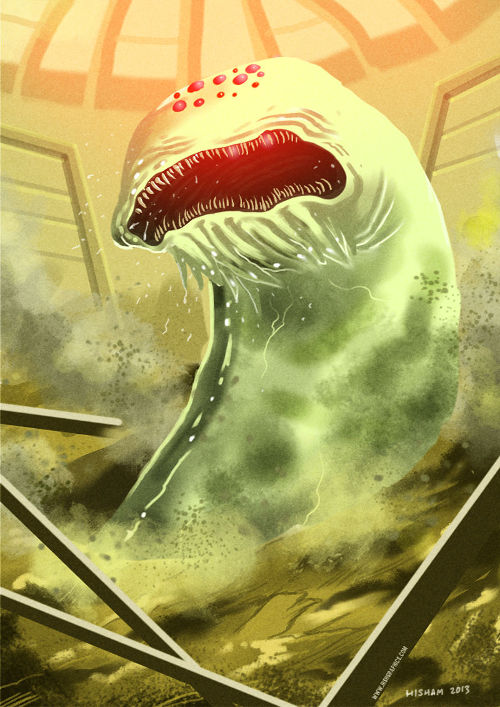 Note: Many thanks to Tal Shertzer and Matt Kay on G+ for their feedback.