Recently, I was assigned to draw a vertical “sneak attack” scene for Wicked North Games’ upcoming Westward RPG. The scene involved a dark-clad assassin about to attack a nervous looking gentleman in the city streets at night. The final artwork is displayed above.

Below are some process artwork for the piece. The first image shows three black and white sketches / studies. #1 is the original sketch where the assassin was changed into the version in #2 because she did not convey enough physical steampunk tropes. It’s quite difficult to design a skin-tight assassin’s garb, because most steampunk costumes are loose and puffed up in parts. After #2 was approved, I created a grayscale study in the form of #3 to see how light will play off the characters, objects and building. 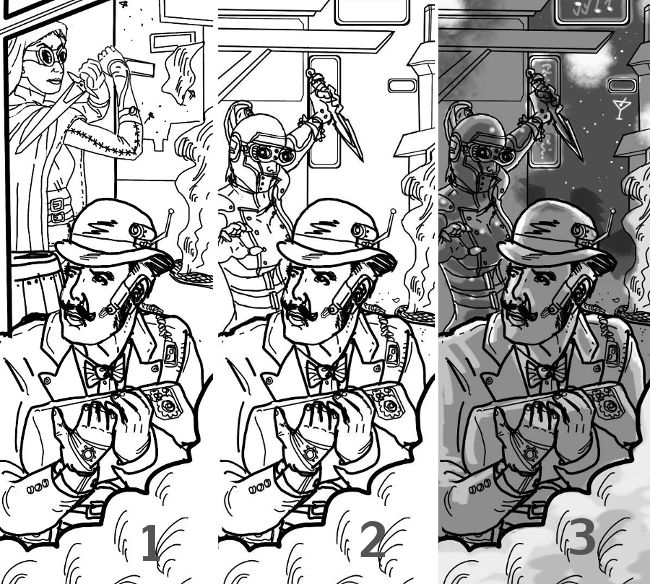 Then I painted the below, with separate layers making up the different characters, the vapour and particulates in the air, the different depth ranges of buildings and the night sky.

Finally I drew the neon lights on the side of the building with an additional screen layer to create their glowing effects.

I brought the saturation by down about 20% to acquire the final piece which is displayed at the top of the entry.