A package arrived the other day… 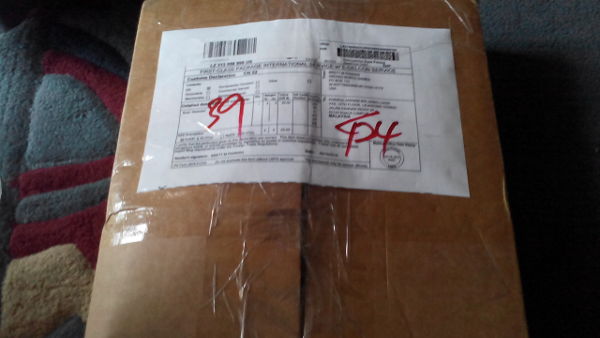 A box from Brett

… from Brett Pisinski of Wicked North Games. It be the complimentary copy of Westward RPG! Westward is a game of steampunk western game setting  on an human-colonized extrasolar planet after the colony ship Chrysalis drifted for decades and came to rest here.

Using the Cinema 6 system, players and gamemasters play and create adventures around humans whose ancestors were marooned on the planet Westward centuries ago. Lack of conventional power generation has created new technology that uses exotic local minerals and steam to build airships and steam-powered mech. Politics of the cities and settlements make for great conflict for players to embroil themselves in. And backstabbing politics, feral humans, deadly alien creatures and lethal hazards await adventurers in the waterless badlands of Westward. 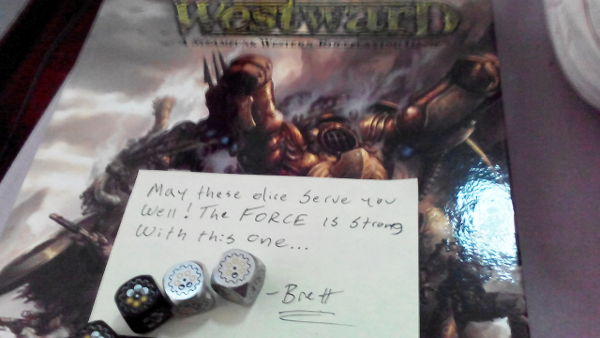 Also in the package is a handy GM screen. 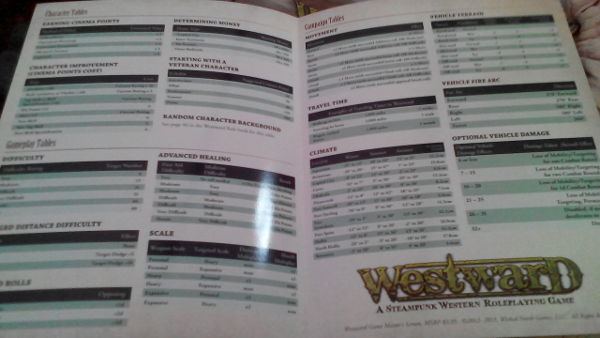 The image below is something I’d never thought would happen. On the left, my artwork. On the right, art made by Mike Vilardi, who has been my favourite Star Wars RPG artist for more than twenty years! I can’t believe I’m published in the same game as Mike is! I’m still trying to be an official Star Wars artist myself. 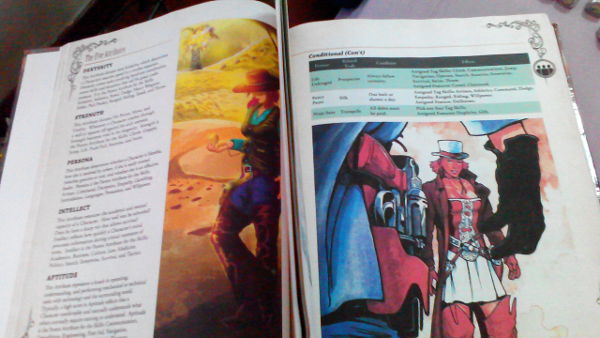 Here are some of my location artwork created digitally! 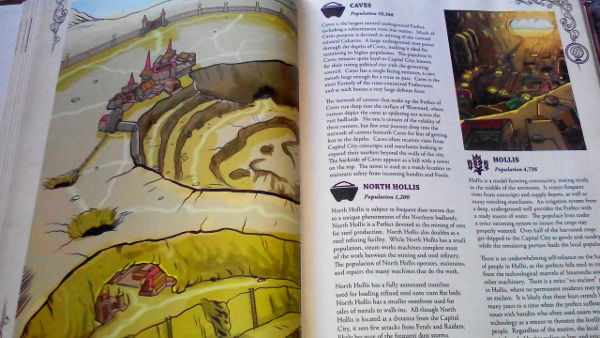 Here are some of my creature artwork created traditionally! Actual inks and watercolours! 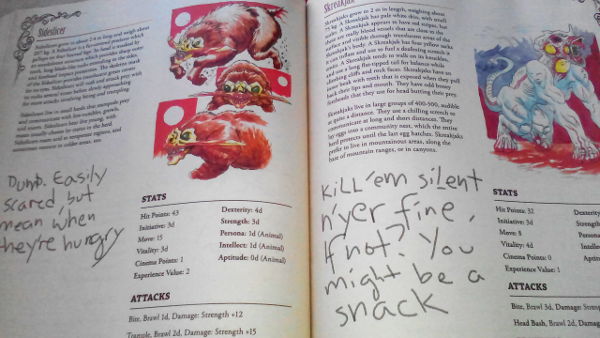 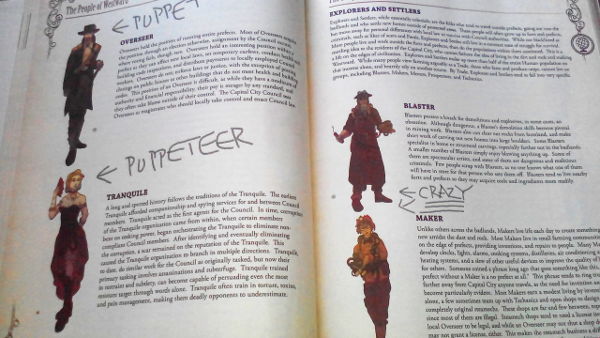 Gennifer Bone did a ton of tech designs from hand equipment to weapons to trains to steamechs to airships! 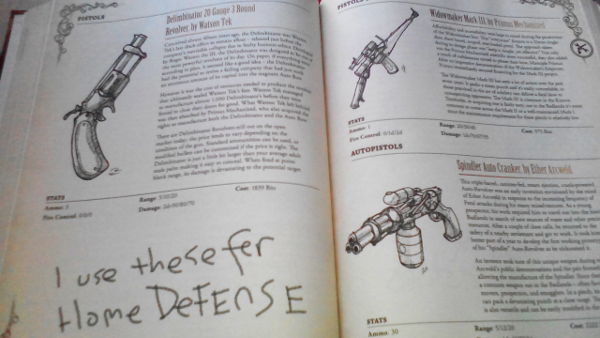 A “Delimbitnator” is an awesome name

Here’s her one of her drawing of a steamech. There are more in the book! 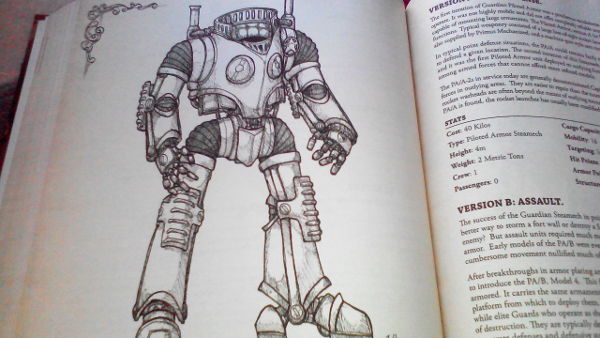 I will need to digest all the information of the setting from the book, but I will give this game a try some time in the future. Lots of mysteries to be solved in the arid badlands of Westward. Meanwhile, download a pay-what-you-want low resolution version here or download a Premium version of the PDF here.

You can also order the physical book from Paizo.com here.

It was great to have the opportunity to collaborate with Brett, Jeremy Streeter, Ryan, Gennifer, all the writers and artists like Wayne Humfleet, Peter Schweighofer, Deborah Teramis Christian, Rob Chope, Alex Gustafson, Rich Woodall and others for this project!