For the last year or so, after sending Irfan to day care, we drive to work together. After the construction of Hilton KL Sentral, we drive past it every morning. Sometimes we wonder if we would ever get a chance to spend a night at the newest and state-of-the-art hotel in Kuala Lumpur.

Then suddenly last week, newly-weds Sila and Vin booked us on what would be a 2 night stay there. After their honeymoon in Redang we were to rendezvous with them at KL Sentral. Soon after, we were enjoying the air-conditioned, luxurious rooms of the hotel.

Here are pictures from our awesome stay at the Hilton. 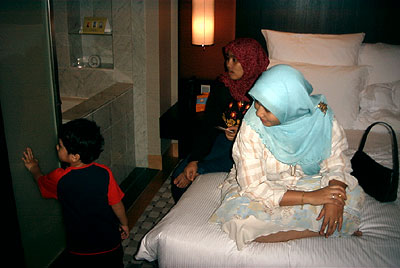 Here we are settling down into the hotel room. Irfan warmed up to the bathtub immediately. He had to have his Ayah Cik Vin around for him to fill up the tub with tepid water, before he takes a dip in it with his beloved toy trucks. 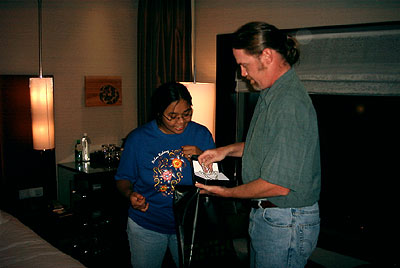 After more than a week after the wedding we finally presented our wedding gifts to Sila and Vin. 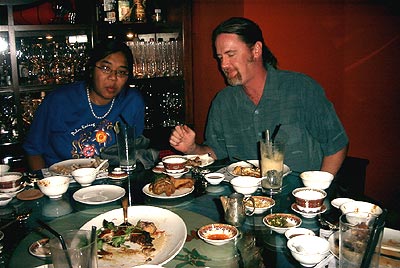 After our dinner at Chynna, the Chinese restaurant at KL Hilton. The food at this Hilton was great. Irfan made a mess. It seemed that he makes the most mess at the swankiest establishments. 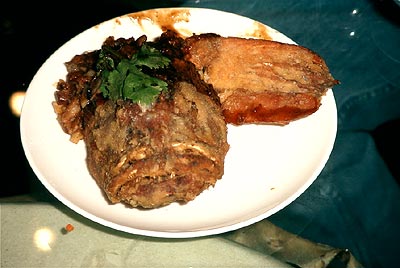 This fish did not have a good day at all. 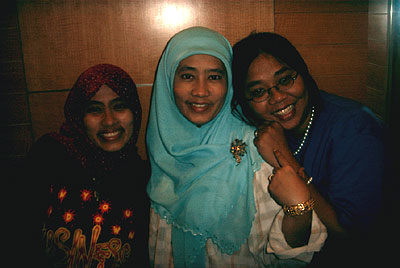 The sisters-in-laws, grinning widely in anticipation of the next misadventure at the hotel. 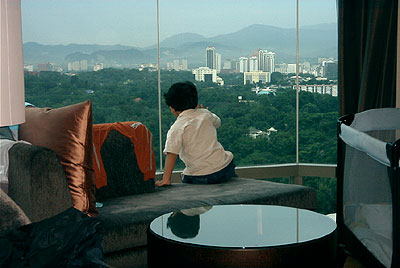 Master of all he surveys, Irfan contemplates his next move in his attempt in taking over control of the galaxy. 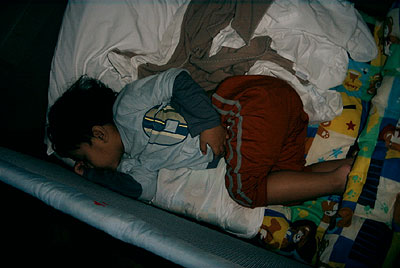 His actual “next move” later that evening. 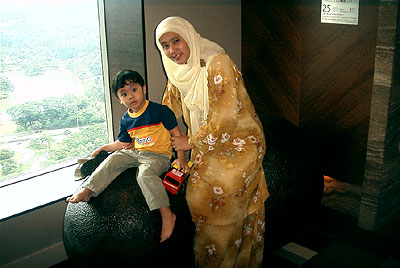 Irfan and Ain at the 25th floor elevator hall. Irfan loves hugging that globular sculptures every time we had to use the elevator. 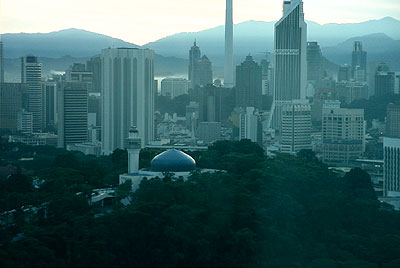 View from Room 2503: Early Monday morning mist rises far in the background of this image of Kuala Lumpur. The National Planetarium, partially hidden by trees, awaits silently for the school break crowd to arrive. 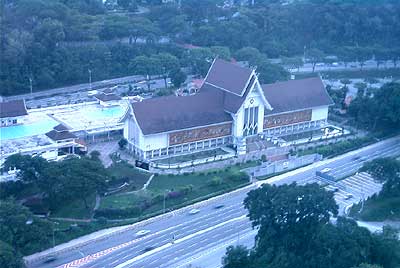 The National Museum, proudly stands before Jalan Bangsar. An hour later, the road would be jam packed with dozens of slow-moving vehicles. 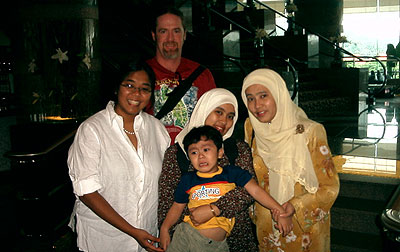 Vin, Sila, Emma (with Irfan) and Ain, at the lobby of the Hilton, just after checking out. Irfan will miss the bathtub.

Thanks for spending your Hilton Honor points on us and having us around for the fun at Hilton, Sila & Vin. We appreciate it greatly.