In the past I have posted an blog article of us having an early dinner along the road by the sea at dusk in Kuala Perlis before. Again, it was raining but this time there was a spectacular sunset on display for us to view. 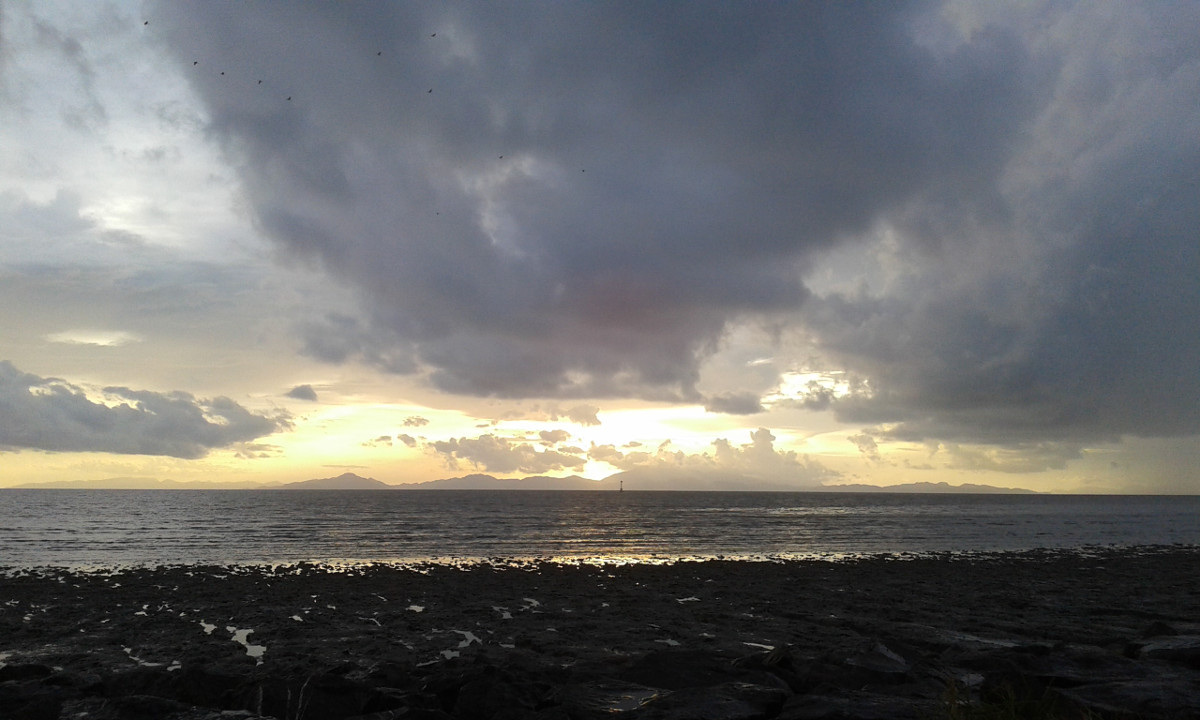 Langkawi Island held its position at the horizon (Click to expand)

The sun was about to set, although at first thick clouds over Langkawi Island blocked our view of it. Meanwhile the rain fell sporadically in fine droplets that we easily ignored. 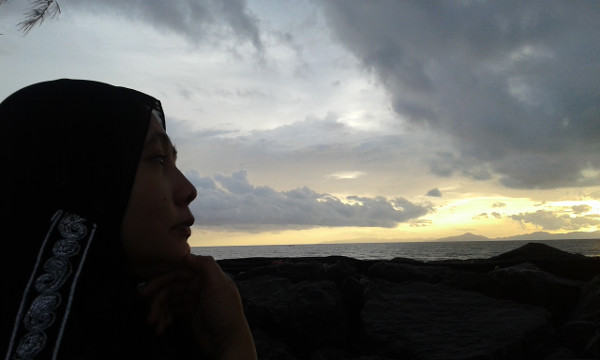 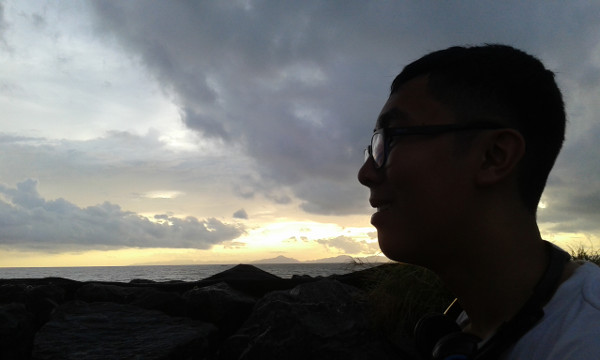 Irfan and I ordered the lok ching, which is various seafood and sausages on a stick, roasted over an open fire and dipped in various sauces. 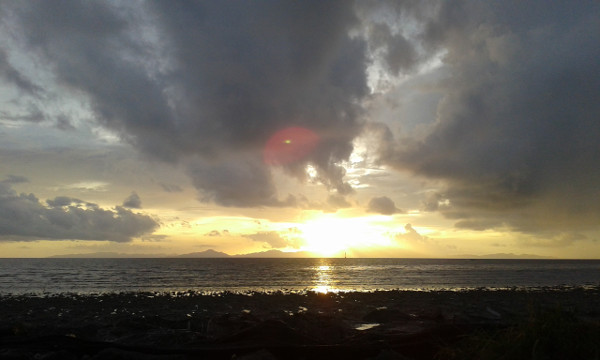 The sun revealed itself while the clouds arranged themselves in an aesthetically pleasing way for us to see. 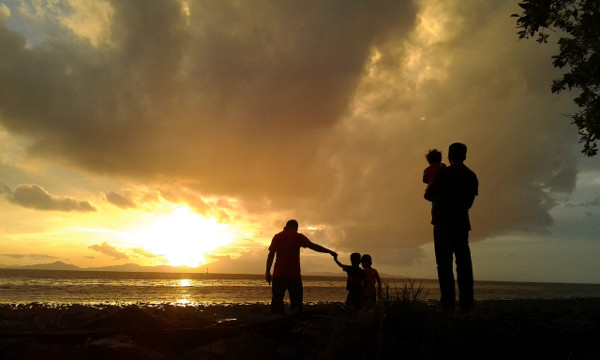 Who are these people?

Other patrons of the roadside eatery walked into view on the wall of rocks that separated us from the beach, so I took a photo of them against the epic backdrop. Who these people are we will never know. 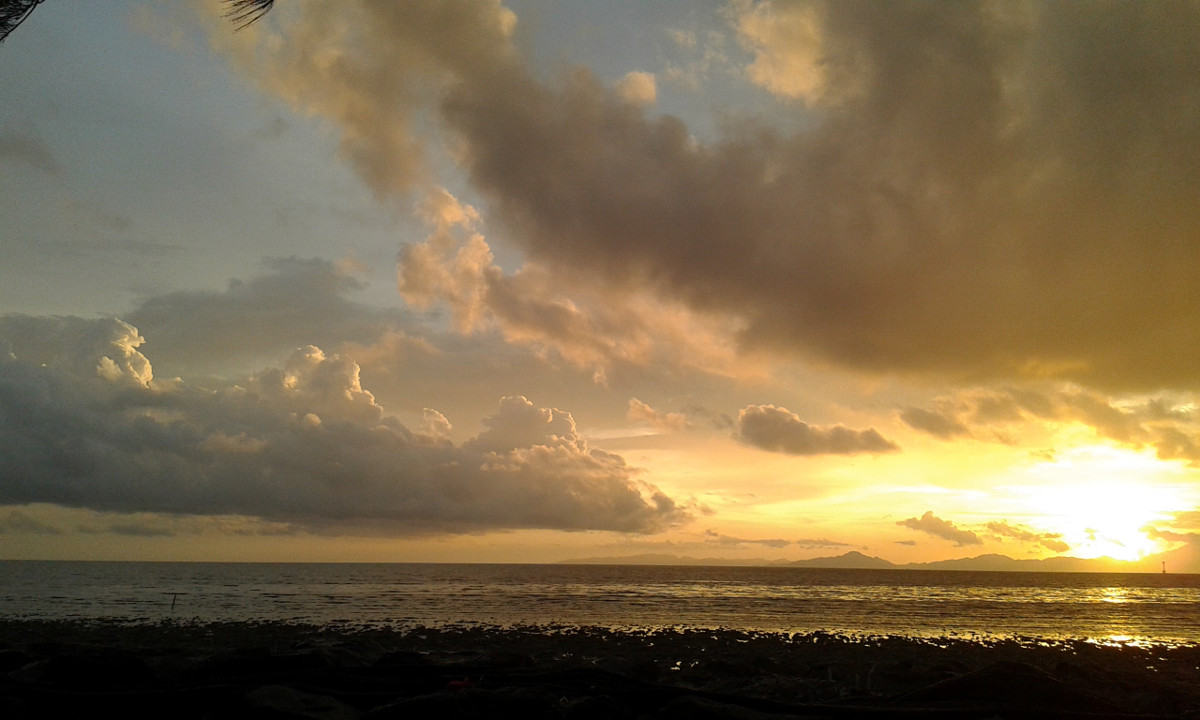 Cloud City but with an ocean too, and no cities (Click to expand)

The colours smeared onto the sky and clouds in this photo is quite the amazing view. 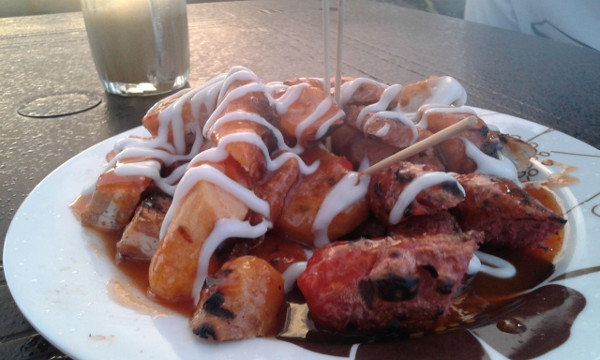 The lok ching or however you spelt it

Our lok chin came, just as the light drizzle escalated into a heavier rainfall. The waitstaff said we could move under the tent because the family who sat there (see two images above) have vacated their table, which is dryer. 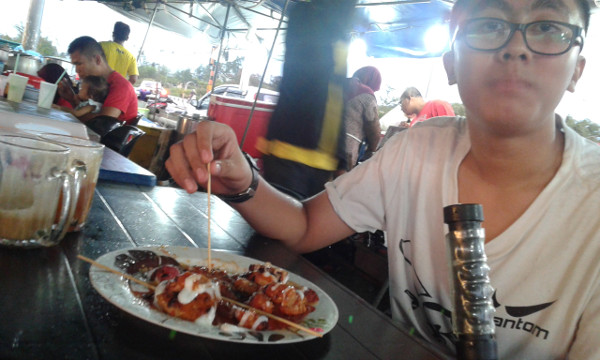 So we ate in peace under cover until the rain stopped falling. 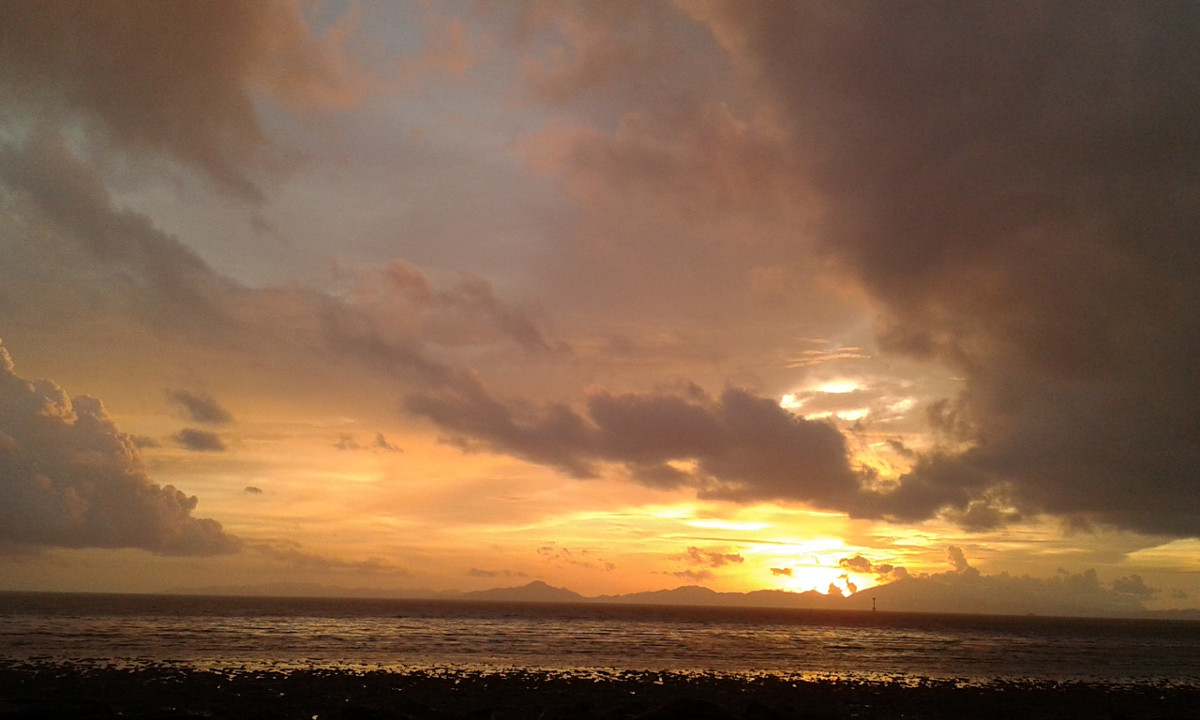 The sun soon hid behind the hills of Langkawi Island, although it still sprayed its colours in a spectacular fashion in the darkening sky. 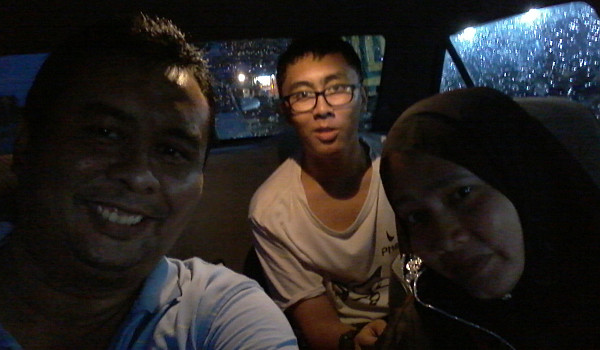 After dinner, we headed home as I simmered in my eternal trepidation that all this comfort and joy could immediately come crashing down upon us and leave us homeless and penniless* far from where we used to be. Sorry, bad habit after over a dozen years trying to eke out a meagre living in Kuala Lumpur. SORRY.

Sorry everyone. Carry on.

*It probably will. Sigh.