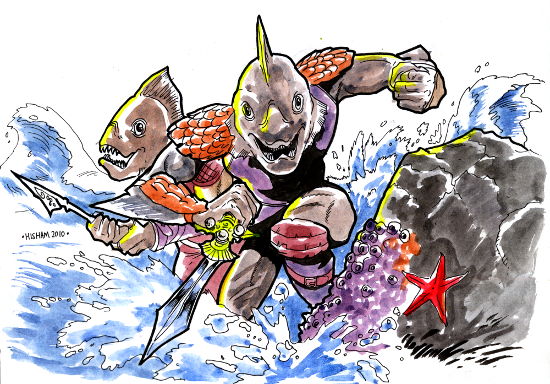 The diminutive Foragers, denizens of the deep, are raiders of the surface world. 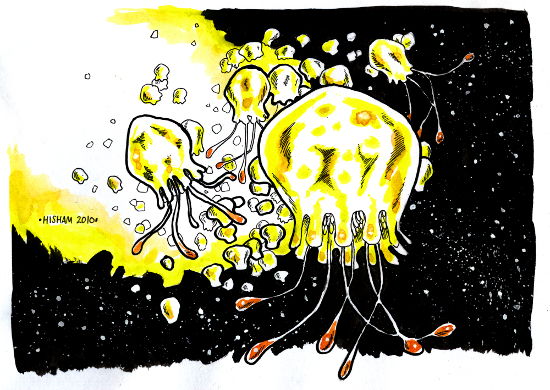 The mysterious and venomous hydreans appear to be floating jellyfish that are attracted to magic use in Azamar. 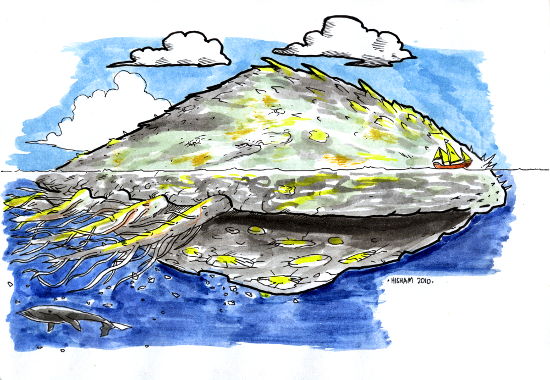 Not the form of a traditional kraken, but it would be quite interesting to be camped out on an island which would submerge without warning. 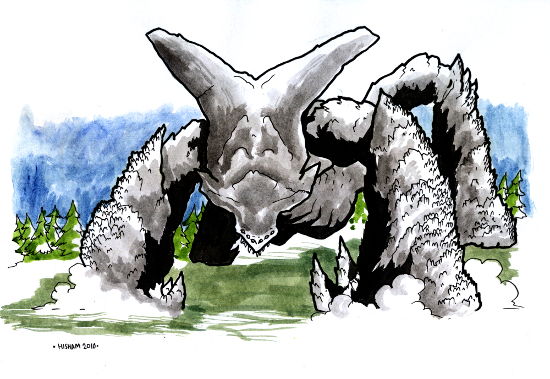 Huge, lumbering zulls have tough scales on their hide and are able to burrow with their paws.