As mentioned earlier, here are some more artwork commissioned for the Azamar fantasy setting sourcebook for the Cinema6 RPG system from Wicked North Games, this time in alphabetical order. 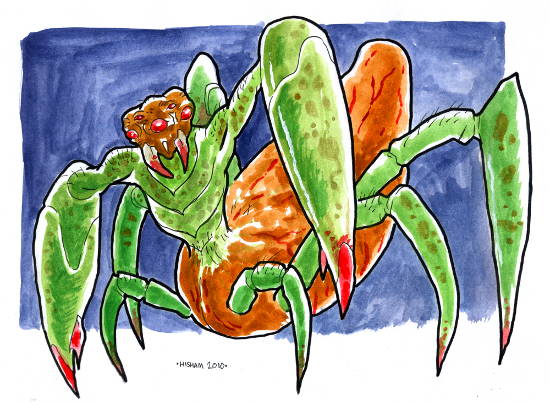 The intelligent Asazis are fearsome arachnid-like creatures with a centaur-like torso, but hardly any human-like features. 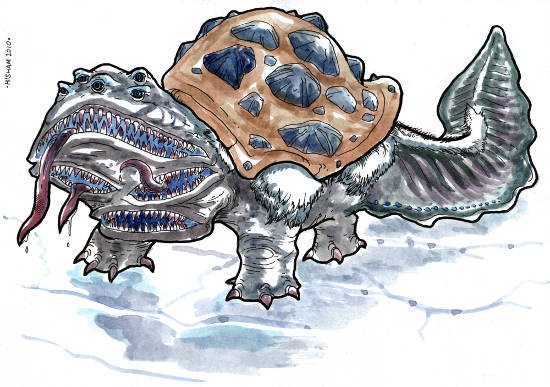 Twisted by the Fracturing a magical event in Azamar, these creatures come in many shapes though most appear as or close to the illustrated image. 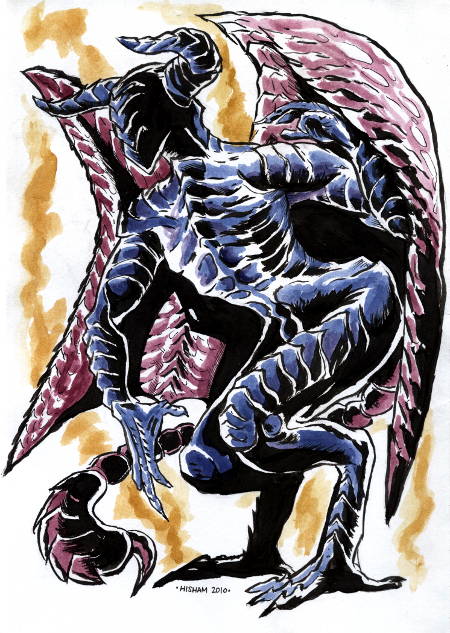 Gaunts are faceless, bony and winged creatures with a scorpion-like tail. 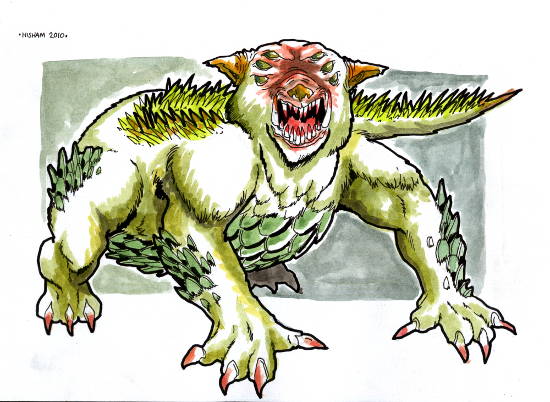 Although quilled and scaled, Shangilars look like large wolves with six eyes. 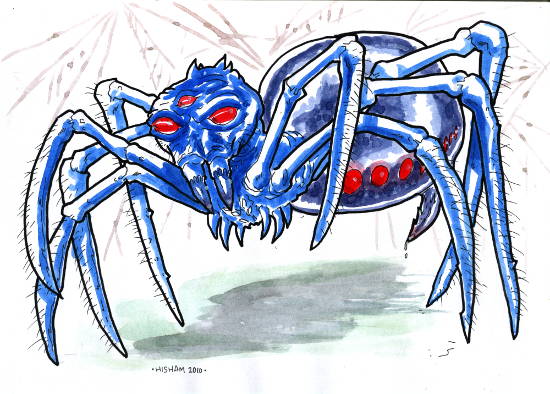 The venomous uumul are as large as humans and are thought to be long-lived – centuries old. 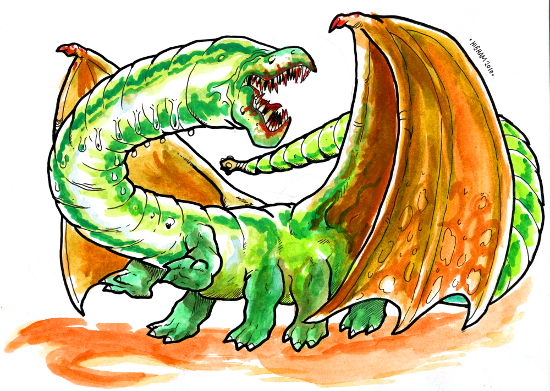 Weth are mounts of the local Wyvine race that resemble a giant beaked worm with many feet and large wings. 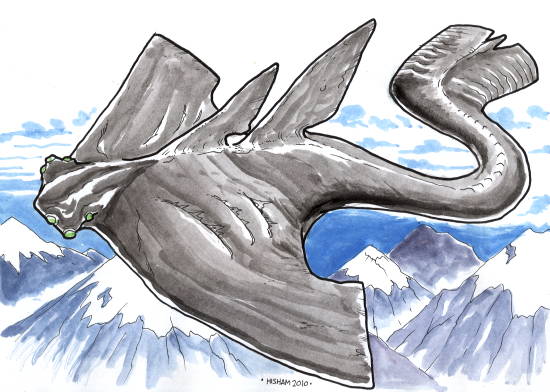 Wind stalkers are massive beasts that soar and glide the skies of Azamar, but it can also dive and submerge itself in water. 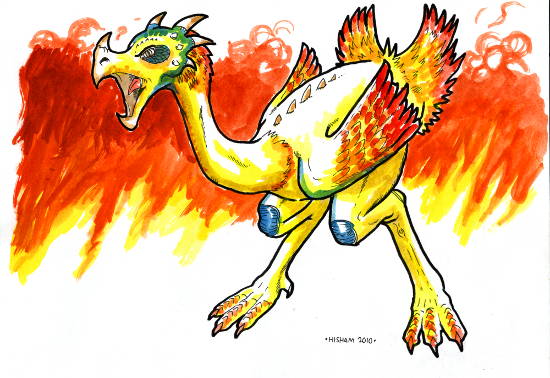 These human-sized predators are flightless birds with the ability to breath fire and ruin your laundry.

Part One can be found here.