Remember the cover I did a couple of posts ago? After months of work, finally the debut issue of D6 Magazine has finally been released into the wild. Apart from the aforementioned cover, I also helped the writers produce three interior artwork for it.

For the article “Crack of the Whip” by Michael Fraley, here’s a whip-wielding woman in old-timey flightsuit and helmet… but with a one cyborg leg! How many ways can one use a whip using D6 rules? Read the article to find out. 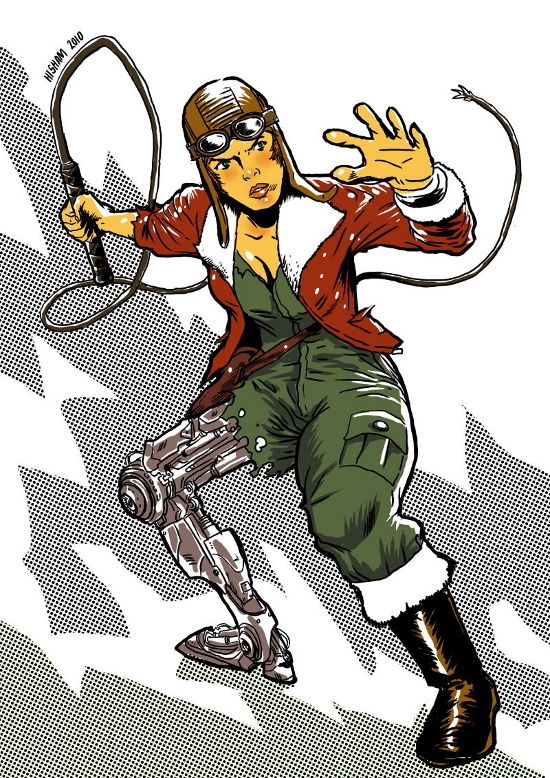 I was commissioned by J. Elliot Streeter for his Cinema6 scenario “Asphyxia”, where a spaceborne predator stalks the corridors of a sleeper ship. The following is the beast which is named Abyssian Hunter. 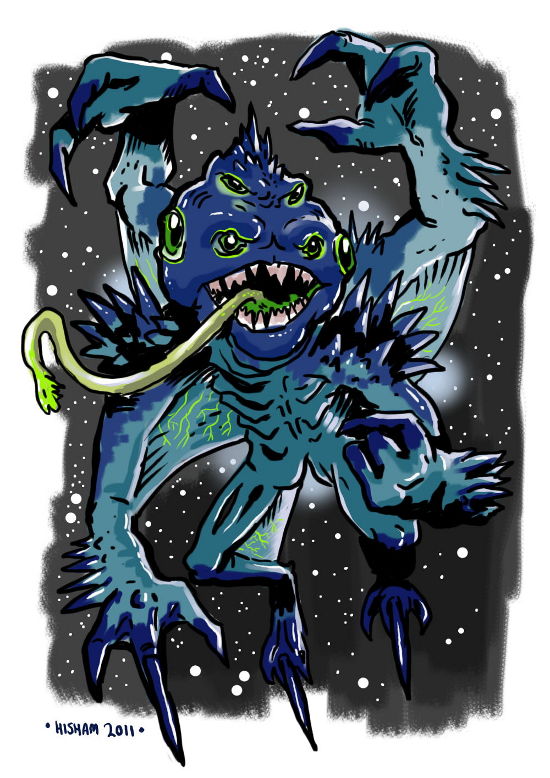 Here’s the unnamed sleeper ship with many cryogenic modules arrayed like stacks of containers. Will you, as the players, survive the scenario? Pickup a bunch of six-sided dice and have fun with it. 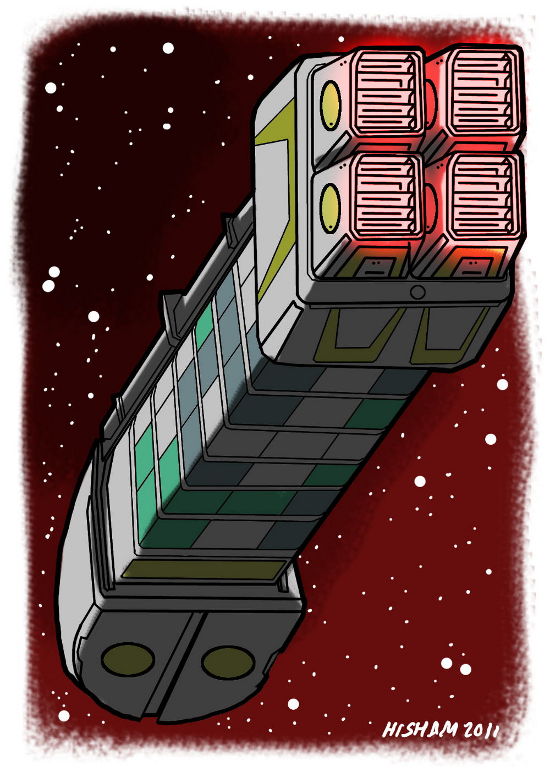 These two articles, as well as many others (including an exclusive interview with Bill Smith, former writer and developer of West End Games’ Star Wars The Roleplaying Game) can be found in the first issue of D6 Magazine! Click here to head down to the D6 Magazine site for a download!