There was an official event at work today where I ran a tabletop RPG session for some colleagues online. It was an opportunity to show them how could RPGs work in the field of education. I thought for some time about the campaign and setting to play, then decided on the setting I keep running for my students, Doom Agents. Also, instead of Mini Six or Freeform Universal, I opted for Year Zero Mini as the gaming system to use.

Last time on Doom Agents, there were two recorded instances of a rescue mission in the Endau-Rompin rainforest where a team recovered one of two missing nuclear warheads. Another team in on the trail of the second warhead…

The Hotel Stake Out

20th June 2019: The team is sent to recover the stolen nuclear device from a new terrorist group Black Wall. A top commander known as Hamilton Smith is in a hotel in Tiefenbronn, Germany likely with the location of the nuke.

The Doom Agents team arrive in town & park their camper (and mobile command vehicle) down the street from the hotel. Jason spots three terrorists – two guards at the door & one on the roof. 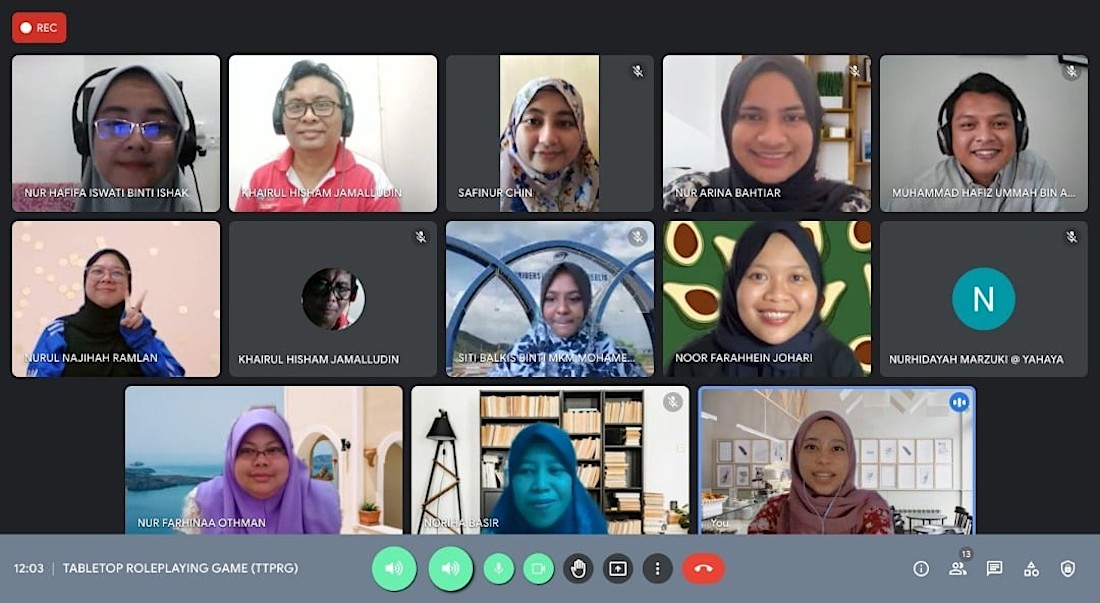 Koko & Sofia scout closer, entering the kebab shop across the street from the hotel. They believe Smith is in 2nd floor rightmost room. They talk their way past the guards, pretending to be a couple on a honeymoon, and booked a room two doors from Smith’s. But they forgot their surveillance gear. Meanwhile, a local kommunalpolizei tries to shoo their camper away but Sunkiss answered the door and talked him down. He leaves without waiting for them to start their engines.

Koko & Sofia hear Smith talk to the roof guard outside his room as they break into the room next to Smith’s. Luckily they aren’t seen but learn that Smith is leaving the hotel in 10 minutes.

Jessica goes in & disguises herself as housekeeping, asking to clean Smith’s room. But Smith chases her away. She spots an open laptop on the dresser in his room. After that, Jess, Sofia & Koko rendezvous in the room to plan.

Jason drives them closer so Anastasia could walk to the front guards. charm them with her beauty, then jabs them both with tranqs. Alice rushes to the back, climbs up some ivy on the wall while Sunkiss tries to remotely hack into Smith’s laptop.

The hotel trio decides to break into & knock out Smith. But, the roof guard returns & gets the drop on them. His weapons trained on them, he decides to call Smith. But Alice appears out of the shadows behind him & shoots him dead. Jessica, Sofia and Koko are splattered with the guard’s blood. Then Anastasia appears from below to join them.

Meanwhile, Jason sees Smith’s transport approaching two minutes early. He drives forward to block it as Sunkiss succeeds in downloading the laptop data. She informs everyone by tacnet. At the same time, Koko punches Smith’s door into splinters & barges in. They intimidate him into giving up. Ana tranqs Smith too so there would be no objection.

A passenger in Smith’s car draws his gun and steps out of the car. Jason is driving so he is unable to get his sniper rifle. Thankfully, Sunkiss has grabbed Jason’s weapon and shot through the camper’s windscreen. The armed guard falls dead. Smith’s driver reverses up the street in panic. So does Jason, but coolly and back to the hotel.

Everyone rush down with the unconscious Hamilton Smith & his valuable laptop.

Jessica takes the wheel & heads to the Bundesautobahn. Three black BMWs chase them. Jason, at the sunroof, uses two shots to kill three cars. As they head for the airport, Sunkiss informs them that the nuke is somewhere in Wang Kelian, Malaysia.