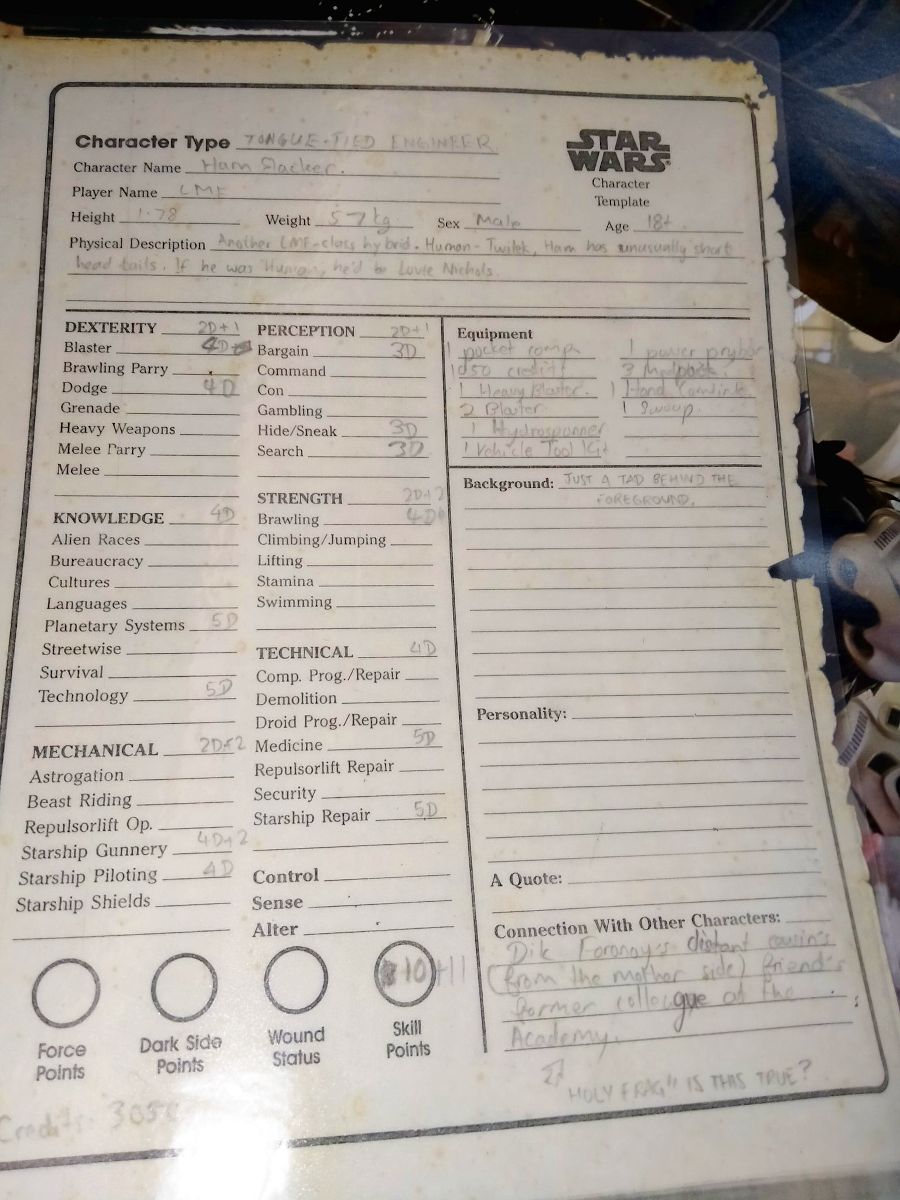 I have been running Star Wars The Role Playing Game published by West End Games since 1989, two years after its debut on the market. I wish I had saved a lot of the game materials I wrote and the character sheets the players had. I actually began filing my gaming documents beginning from 1991. Not a lot of scraps of papers from before that year survived.

Besides this single character sheet from 1989. It was falling apart in my folder, so I had it laminated.

According to his player Ming Fang, Ham Slacker – the tongue-tied engineer – was a Twi’lek-Human mix. Is it scientifically possible? Let’s not dwell on that. Ming Fang named the him after Ham Tyler, Michael Ironside’s character in V, and James Tolkan’s Mr. Strickland’s favourite war cry in the Back to the Future movies.

Ham Slacker died after a year of play, and Ming Fang replaced him with Dorniekke Nels, a Quarren hotdogger ace.

Anyway, may we some day meet again in some other… a much more pleasant reality, brother.