My player character in Eclipse Phase is named Hokusai Tarnungshaut. He is an octopus.

Specifically, he is a North Pacific Giant Octopus with an uplifted human-like intelligence. He comes with the regular eight arm, a beak and a camouflage skin.

He was uplifted by a scientist in a hypercorp during the fall. The hypercorp was destroyed but Doctor Kyle Hoo the scientist took Hokusai away and taught him about the world. The scientist also used his resources to fit a whole bunch of cyberware – including a basic mesh insert, deadly cyberclaws and a cortical stack – in Hokusai. Because the body of the octopus lives only as long as two years, the scientist have been cloning his body and resleeving him in a fresh cloned body every couple of years. 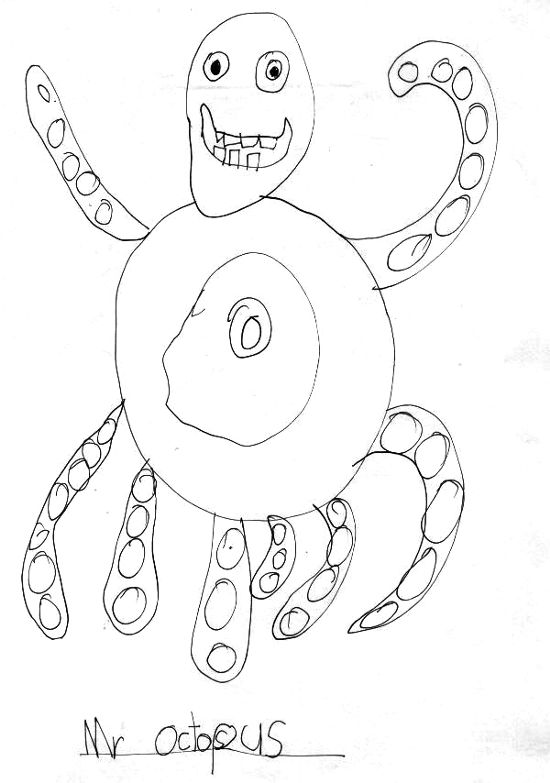 Over the years, he’s come to appreciate the arts, specifically drawing and painting. One day, he was invited to show his work in a gallery, and he was a success for a limited time. However, he made a bad decision and invested in a hypercorp that turned out to be a front for the Nine Lives cartel – the soul stealers. He panicked and attempted to pull out his investment, but the majordomo in charge of this particular Nine Lives house sent an assassin team to kill him. A firefight left the Dr. Hoo, his assistant and three groupies dead.

Hokusai succeeded in escaping the bloodbath, but the majordomo, Sally Slick, vowed to hunt him down and slice out his cortical stack as a trophy and as a reminder to anyone else who wish to rescind on their investments.

Without Dr. Hoo to resleeve him in another cloned octomorph body, Hokusai and his muse Heather 6000 hop from ship to station to ship evading Nine Lives assassins and bounty hunters. With a stolen mesh ID that tags hims as one Chitundu Pfefferberg and an automatic rail rifle, he takes low profile jobs as gardeners wherever he goes, living day by day and moving on to a new location after a month. 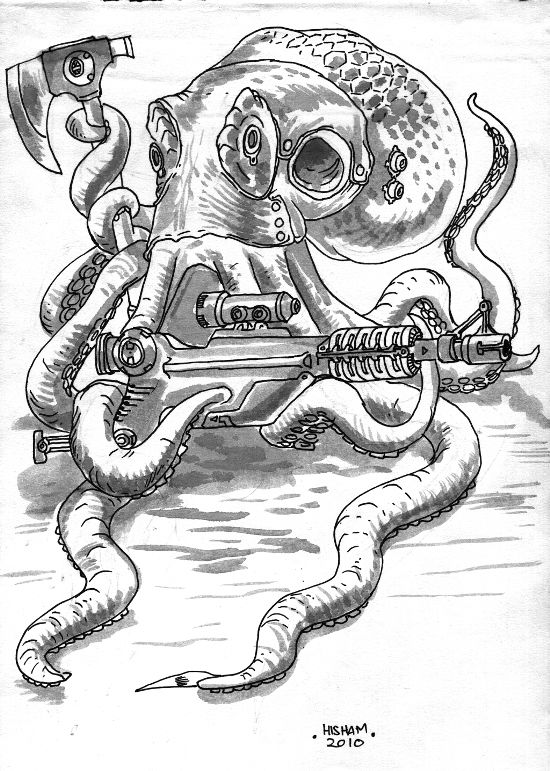 It’s been six months since Hokusai’s been alone. But he found himself in a new group of adventurers who formed the hypercorp named Fastball Express – along with their spaceship the Fastball Special. He’s since discovered that he is more valued for his skills with a rail rifle rather than brush and paint, or garden shears. And he found out that his current sleeve has a mysteriously sealed ghostrider module and no one’s been able to break into it to see what or who is being stored within.

Will he survive the next eighteen months and be resleeved in new octomorph body? Stay tuned.