I can’t believe it’s been 43 years between the two images below. Both show the same characters.

The first was illustrated by the late great Jack Kirby in 1963 ten years before I was born. The second was drawn by Yanick Paquette in 2006.

The first has the members of the original class of Xavier’s school horsing around during training – still in their teens.

The second shows the same group of people years later – older, wiser and scarred aplenty – just after the events of the House of M and in the thick of the current Civil War storyline in the Marvel universe. 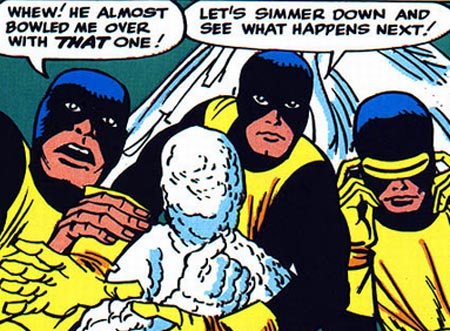 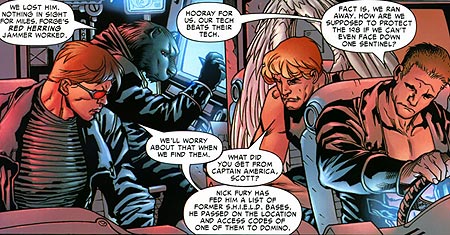