On our recent return to the city, the GOKL gang gifted upon us more fun stuff: the Guardians of the Galaxy expansion set for the Legendary: A Marvel Deck Building game. Since then, we never had the opportunity to break it out of the box to play it… until today.

The Hero cards included were Star-Lord, Gamora, Drax the Destroyer, Groot and Rocket Raccoon – thrown into the limelight thanks to last year’s film no doubt. Poor Phyla Vell, Adam Warlock, Bug, Mantis and Cosmo the Space Dog. Pip the Troll was absolutely inconsolable.

The Masterminds provided in the set are Thanos the Goonie and the Kree Supreme Intelligence, supported by two Villain sets: Kree and Infinity Gems – the latter able to act as either Villains or Artefacts.

Irfan and I played twice, both times against the Supreme Intelligence. The first game against the Intergalactic Kree Nega-Bomb Scheme was a massacre because all the Master Strike and Scheme Twist cards were shuffled on top of the Villain Deck. We could barely touch the Supreme Intelligence because it collected a truckload of Shards that increased its strength against players attacks before we all lost. (Irfan was glad he captured Korath the Pursuer though.) 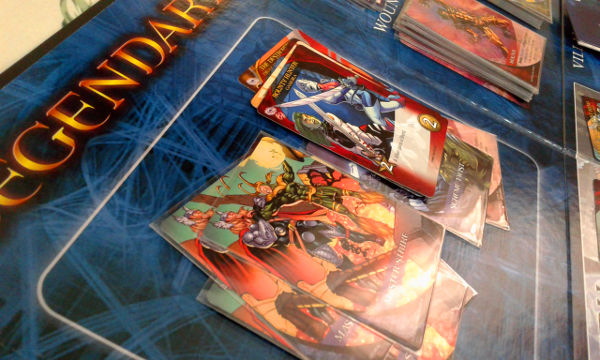 Also, Scheme Twists activate the Nega-Bomb that wiped out all the Heroes arrayed in the HQ.

So we thought we’d switch Star-Lord for the Hulk in the second game, because he’s a heavy hitter! Irfan wanted to capture Korath again. He even collected enough Hulk cards in the Forge the Infinity Gauntlet Scheme to punch the crap out of the Time Gem. 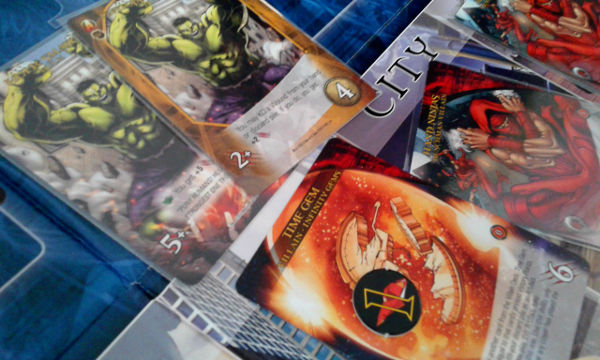 Hulk will punch the crap out of anything

For this game, the Henchmen cards were Hand Ninjas. Why would Hand Ninjas be henchmen to the Supreme Intelligence and the Kree villains? BECAUSE COMICS! Irfan took out three Hand Ninjas in a single… um, hand. 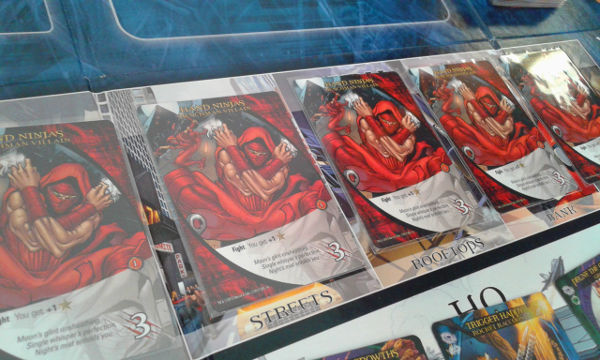 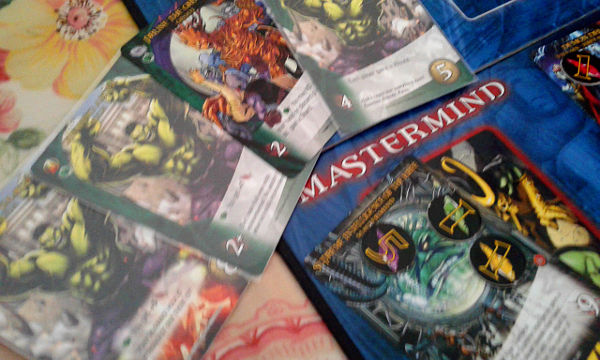 Final Victory Point tally: I got a measly 9 points while Irfan acquired 32 – for capturing 3 out of 4 Mastermind Tactics cards and the final Mastermind card, as well a host of Kree and Hand bad guys.

Korath the Pursuer escaped Irfan though. Next time, Korath! Next time!