Way, way out from the left field comes a blog post about nasyid. I was assigned to sing in the department’s nasyid group for an interdepartmental nasyid competition despite not having to sing in public since 1987.

Here is a screen capture of a video of our singing, which is linked below. 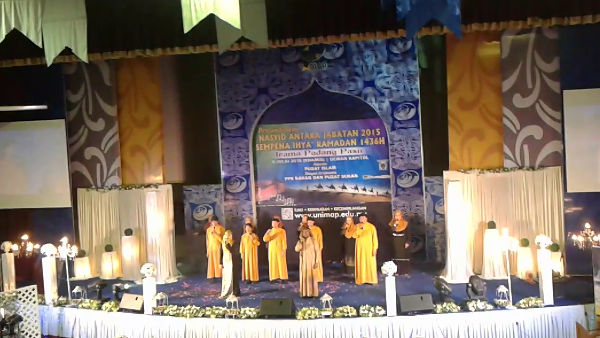 We took a team photo after our performance. 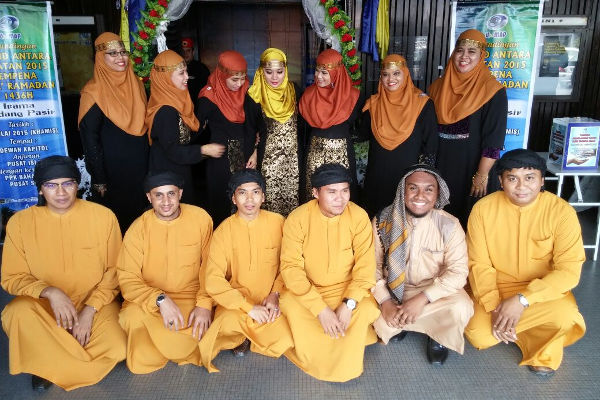 Ain took the video, some photos and lent her support. The team ended up at fifth place out of twenty, which meant that my unholy, discord screeches were not strong enough to pull the team down. 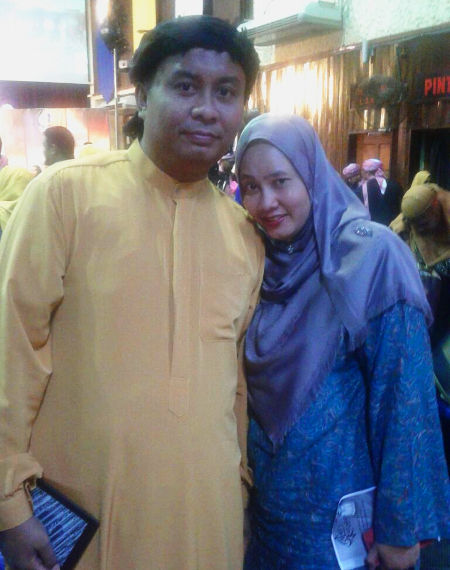 Check out the video of the team’s performance here. After 15 years of eking out a meagre living in the city, I am now starting to live in stranger – more enjoyable times.