Maulidurrasul, a national holiday, fell on a Thursday, and the GOKL guys invited me to play the new GUMSHOE system RPG Night’s Black Agents. The venue was at Doug’s new place which was not 3 klicks way from me along a straight road. I was happy to join them.

Night’s Black Agents allow players to roleplay spies in a contemporary setting… where vampires exist in the shadows, and some of them call the shots. 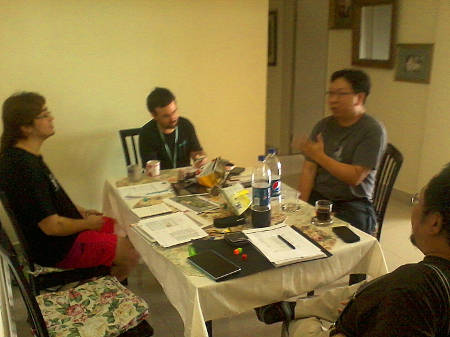 The group consisted of Shiina “Misha” Mikado the Japanese grifter and heavy hitter, Jacob Novazembla the Dutch hacker, Sami Härkönen the Finnish grunt and me, Zlatan Kljujic the Bosnian driver. We had been called to the Stafford London, a hotel at Saint James’s Place, which was across the way from Buckingham Palace by Air Marshal Morgan Prince of the British Ministry of Defence.

Air Marshal Prince had foolishly allowed his son, Errol Kimberly Prince, to have classified technical presentations and videos for private viewing. The little Prince was a military aficionado. The night before, Errol lost the hard disk containing the data while on a night out drinking with his college mates.

So the team was brought in to unofficially investigate and retrieve the stolen hard disk discretely to prevent a major embarrassment. Everyone more or less thought the Princes anak beranak were morons for letting this happen in the first place but the team did their job anyway. Errol was advised to text his friends, telling them that he was being reprimanded by his father and will be out of contact for an unspecified time. 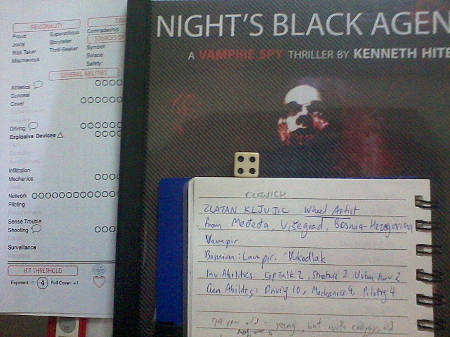 Bluffing their way into hotel security, Jacob and Zlatan viewed the hotel’s security video footage to discover that a young, small-framed Romany woman had taken it from him after he lost consciousness in his hotel room. She had also snapped the neck of a college friend who was snooping outside of the room, an impossibility given her size. As the Princes were debriefed, Sami and Zlatan attempted to fold the huge rigoured body of “Roger Dodger” with hammers, rolled it into a linoleum in a laundry basket to be disposed of later. Zlatan also graciously accepted a soiled shirt from a passing hotel guest who believed they were real laundrymen. 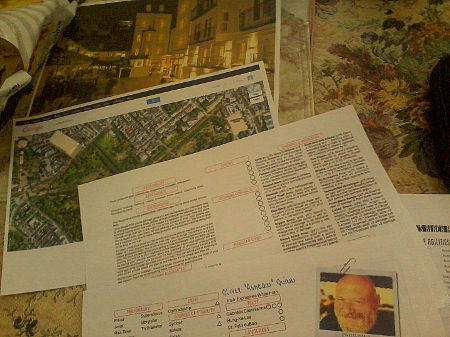 Pregen sheet for my character

Roger’s body was eventually stored in the icebox at the team’s base. Jacob hacked into Roger’s social media accounts to leave a fake trail implying that he had left the hotel last night for parts unknown, madly in lust with a woman.

Jacob also used his skills to locate Errol’s stolen iPhone which appeared to be in the hands of a couple of Russian prostitutes in Soho. Misha filched the phone from them as Sami distracted them. The phone’s GPS log told them that it spent the night at an Olympic Village apartment. Jacob and Zlatan drove there to inspect the area, but there was no way to tell which house in the building the phone had been in.

Misha’s undercover carousing later that night at the hotel lounge smoked out Errol’s college mate “Snotty” who knew about the military documents. Snotty also had an uncle, Gary Camon, who was a mob boss. Snotty was spooked by Misha’s questioning of Errol’s friends and in a panic, fled the hotel. Misha pursued and succeeded capturing and detaining him in Green Park.

Also, Jacob stole the bicycle that belonged to the London Olympic Legacy commissioner Ian Fletcher, who alerted the police so they had to flee Saint James’s quickly. (This raised the Heat level for the team.)

It did not take a lot for Snotty to squeal in the car. Snotty had told Uncle Gary about the classified files and he had sent someone to steal it. Misha called Uncle Gary to ask for a trade: his nephew Snotty for the stolen hard disk. “Why does everyone call me Snotty?” whimpered Snotty, bursting into snot and tears again in the team’s Land Rover.

The trade was to occur at Waterloo Station where there was a large crowd. Jacob planted minicams throughout the concourse then stood by from a far corner. In the Land Rover, half a klick down the road Zlatan monitored the camera feed and provided situational awareness intel. Sami covertly scoped out the concourse from a Starbucks table holding up today’s Daily Telegraph with two eye holes cut into it. Misha was assigned to make contact, with the blubbering Snotty at her arm. 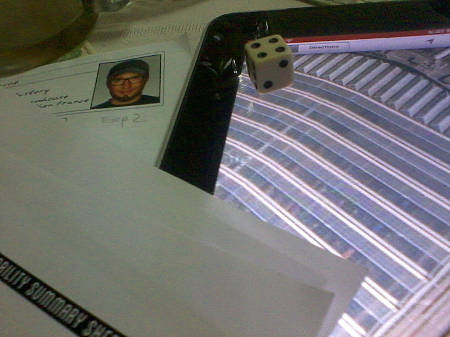 The contact was the Romany woman who appeared even shorter and smaller than Misha and identified herself as Vin. They conversed in Romanian, and she told Misha exactly where Sami, Jacob and Zlatan were and what they were doing. Whoever these people were, Misha decided that they were very good. After two rounds of negotiations which Vin acted as a proxy by phone to Gary Camon, things went south.

Vin grabs Snotty and ran with him. Misha’s well-placed punches to the head did not even rattle Vin. Meanwhile an old lady in the crowd with a large borzoi, a Russian wolfhound, was manically barking at the Romany woman pulling savagely at its leash, unlike every other dog in the concourse.

Jacob headed for the altercation site while Vin ran toward where Sami was. Sami threw a chair at Vin as a feint, allowing him to kick her hard in the side. She immediately brushed it off and miraculously vaulted to a balcony above.

In the car, Zlatan radioed Jacob to sever the barking borzoi’s leash. Jacob decided to blindside the dog’s owner simultaneously asking for her apology, but the dog was loose. It bolted toward where Vin was running.

Zlatan sped up the road and came as close as he could without getting into the pedestrian area and disembarked with a large spanner in hand as a weapon. He gave Sami a boost, who used his parkour skills to leap onto the balcony where the Romany was already about to leap down at the far end.

If she managed to jump down, she would be in a position to reach escalators and lose herself in the crowd. But before she succeeded, the massive borzoi slammed into her, grabbing her by the throat and mauling her like a rag doll. Blood was everywhere.

Jacob and Zlatan managed to get Waterloo Station security to stand down although one security officer shot the borzoi much to the screaming consternation of its owner. Sami hauled the catatonic Snotty to the car. Misha called her contact Emelia Sanderson, the MI-6 case officer to help clean up the mess at Waterloo Station without any fanfare.

After being debriefed by Emelia who decided she did not need to know more about their mission, she gave the team the go-ahead for them to take the fight to Gary Camon at the Olympic apartments. Sami thought it would be prudent to buy more borzoi wolfhounds if Vin had brethren of similar abilities.

To be continued and I hope I’m able to make the next session where maybe we’ll dispose of Roger Dodger’s body in visually spectacular ways.

Many thanks to Kai for running the Night’s Black Agents adventure!

Update: The final part of the episode has been posted.