As teenagers, my schoolbuds and I liked very much going on camping trips to the beaches and sometimes the islands near our hometown of Sitiawan. The most famous tourist spot is the Island of Pangkor, which according to lore translates as Island in Siamese. So what I was saying in effect was the Island of “Island” but let’s not go into that.

This group of pictures documents the last time ever a bunch of us had the time to actually take an impromptu trip from the port of Lumut to Pangkor, and spent a great day there at Coral Beach.

Someday I hope we’ll be able to do it again, albeit this time, with our wives and children. 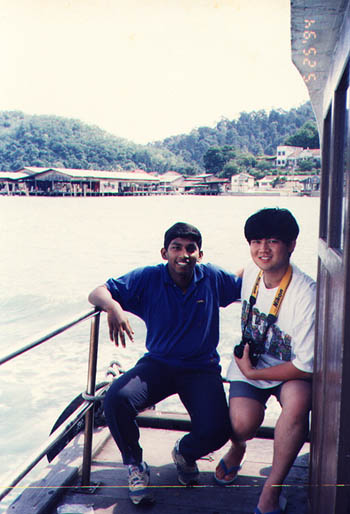 Sathya & Tsing at the back of the ferry 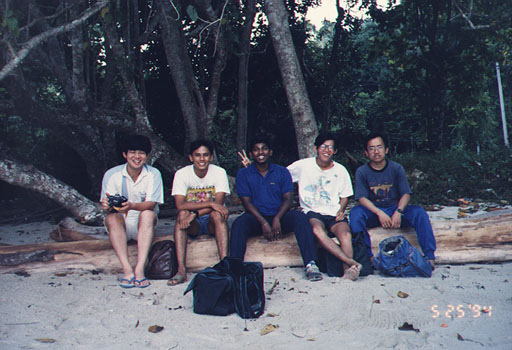 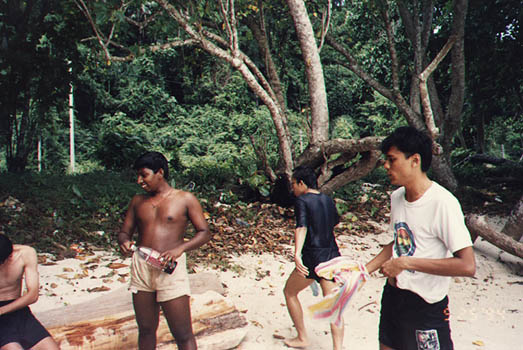 Getting ready to jump into the sea