But how do droids consume hashish?!

The Eliminator 434 assassin droid was statted up from a concept art in West End Games’ Star Wars Sourcebook.

The IG-86 sentinel droid appeared in multiple episodes of Star Wars The Clone Wars. Since IG-88 is (more or less) unique, I gather they had to come up with a new type of droid that resembles it. 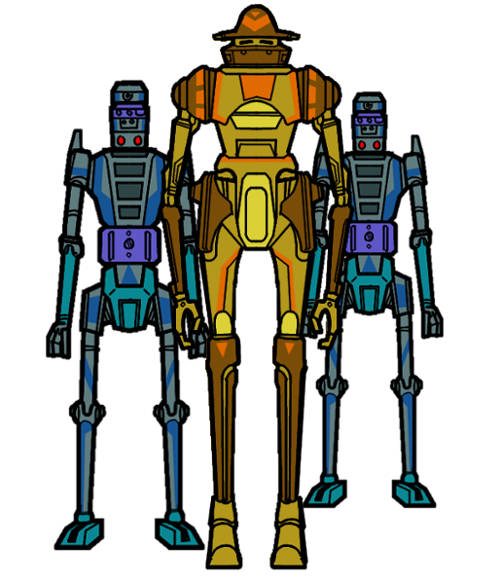 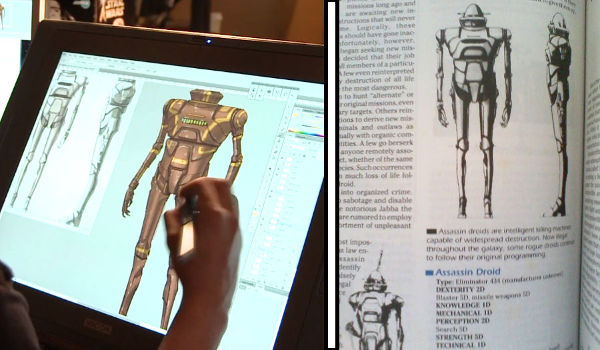