The day after the bird park visit, there was another thing that Irfan wanted to do with his grandparents – which was to bowl. Actually the previous day we did attempt to travel to the bowling alley at Midvalley but the arcology was jam-packed with cars, so we instead went birdwatching.

However, on this day we decided to see if the bowling alley at the mall known as the Mines Shopping Fair was good for a game. It was, so there we bowled. 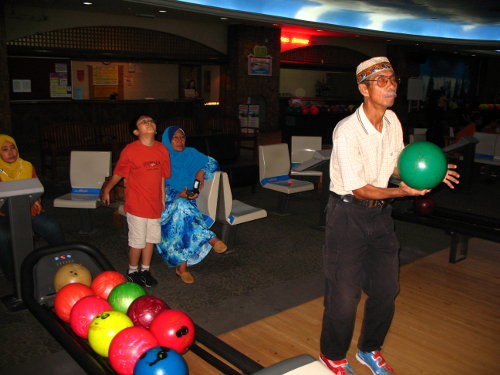 Only Irfan, Ain, Irfan’s Atok and I played, though Irfan’s Opah had a go during one of Ain’s round. 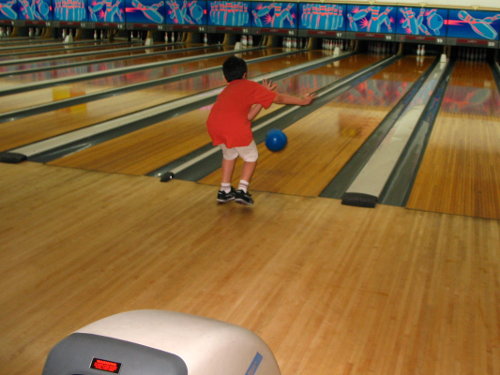 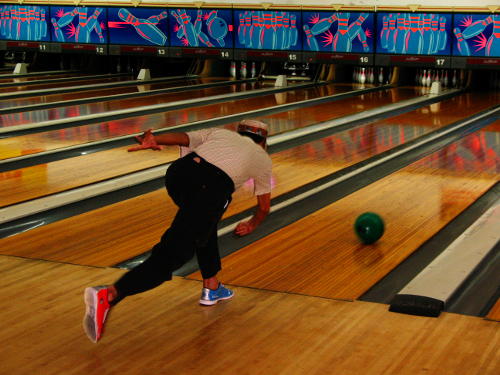 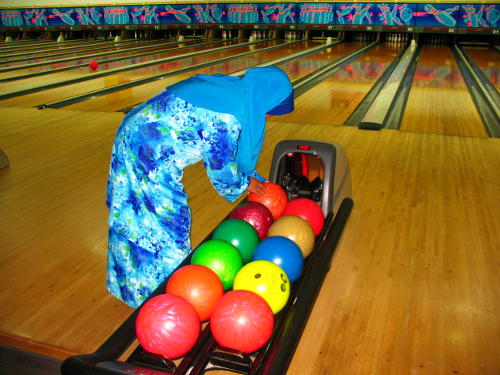 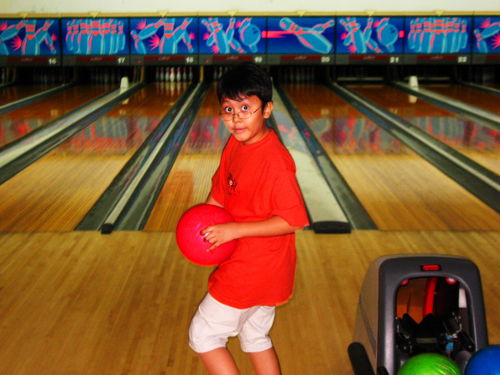 One stand-out characteristic of the Mines Shopping Fair is the canal that runs through the mall itself. There are boats with which a visitor could be brought out to the lakes, either to the north or the south of the mall. 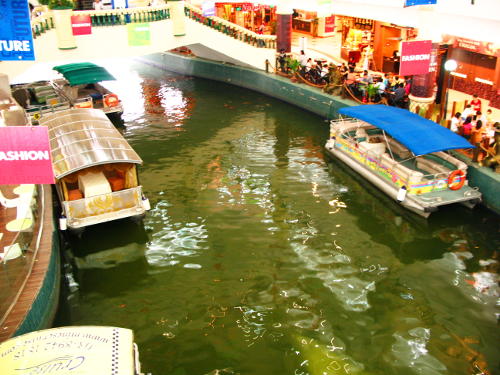 A river runs through it

Only Irfan and his granddad took a trip on one of the boats while the rest of us stayed behind at the mall. They reported later that there were monitor lizards at the lake shore, but no photos were taken. They had to return earlier than scheduled because the rain grew heavier. 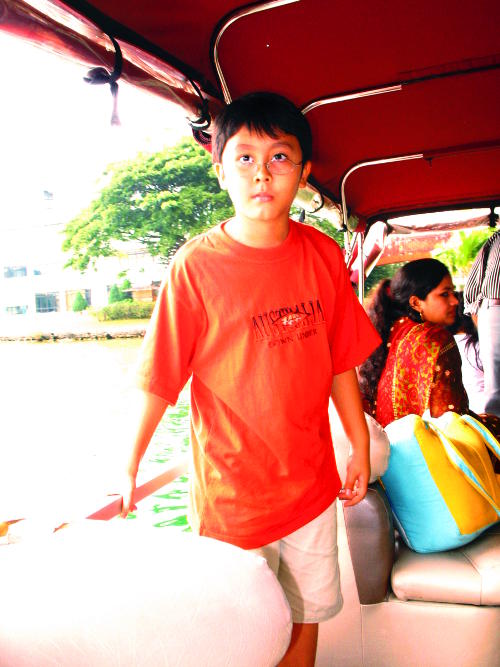 Out on the lake

When they returned, Irfan’s Opah, Ain and I were standing by at the inlet that led into the docks in the mall. 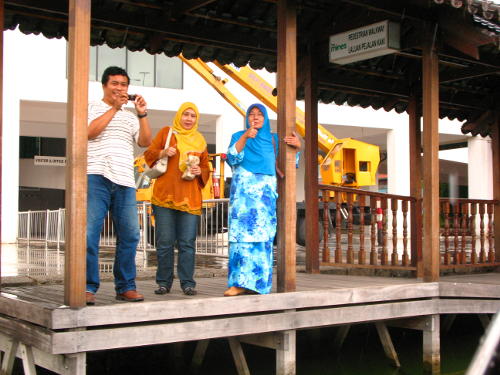 Waiting at the jetty

Atok took the photo above as I took the one below. 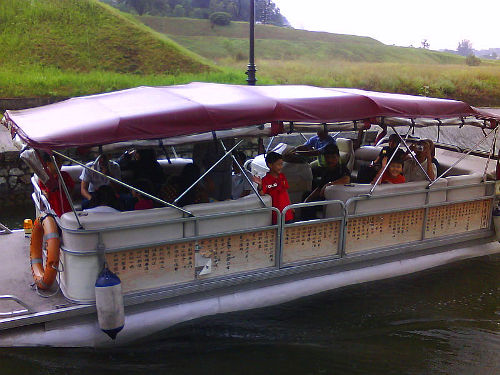 In the canal are scores of catfish, a lot of which are larger than my forearm. Where visitors were feeding there there was nothing but a writhing, squamous, wet mass of tentacles and gaping toothless maws. I lost 1/1D6 SAN watching the fish feeding. 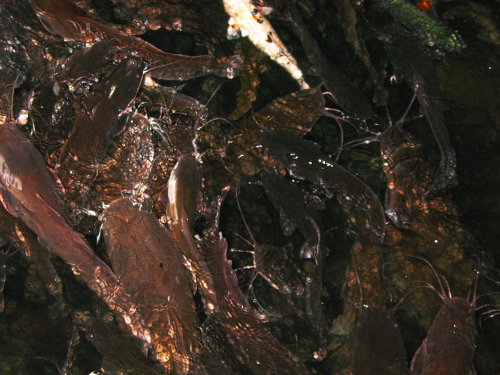 I for one welcome our new flesh-eating catfish overlords.