Created by Felicia Day and Wil Wheaton, Geek and Sundry’s new biweekly TableTop web series features 30 minutes of tabletop gaming video that shows how much fun it is to pay tabletop games from boardgames like Ticket to Ride to card games like Munchkin to roleplaying games like Fiasco! Each episode, hosted by Wil, shows how each game is played by playing it onscreen. Every episode also has different guests.

Irfan and I saw the first episode together and he totally fell in love with the board game they played, Small World. 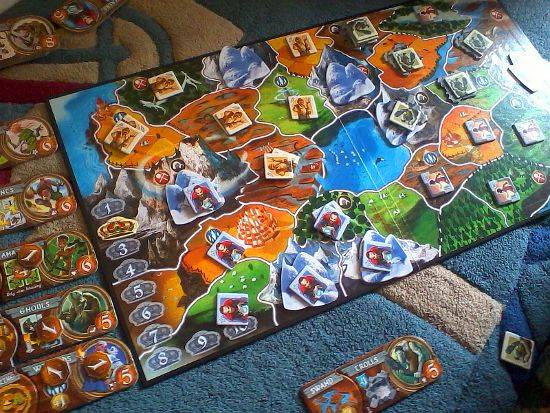 Small World allows a player to control a society of one fantasy race after another, allowing your race to expand or decline each round using the game rules. The game randomly mixes in special abilities and racial abilities, and by planning a combination of these abilities you are able to maximise the number of points you acquire each round. At the end of a set number of rounds (which depends on the number of players) the player with the most points win.

One day Ivan and Kai came over to the house when everyone but myself was away from home. They surprised me with a gift: Small World. They’d heard that Irfan was itching to play and had pooled together to get us the game! Thank, GOKL gang!

Irfan’s familiarized himself with the rules and have been playing it every other day and in the weekends. We’ve even took the game with us when we had to go out of town for us to play if we have the time. 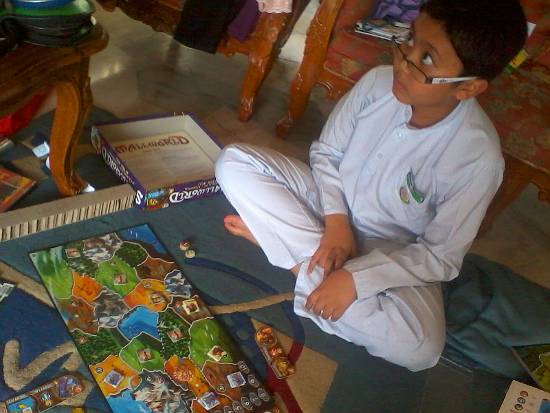 He doesn’t look like an Alchemist Triton to me