I didn’t think I was going to make the exhibition because college assignments had to be submitted by midnight. I had one more to complete and submit. But when it was announced that the deadline was pushed back 2 days, we headed for Mid Valley at Point Five beyond lightspeed. 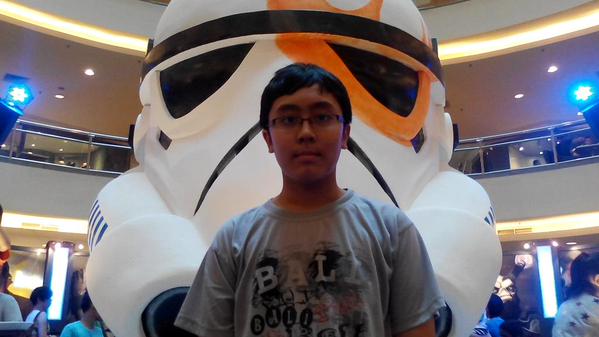 I saw the big helmet at the South Court all the way from the Centre Court. Irfan posed before it for posterity’s sake. 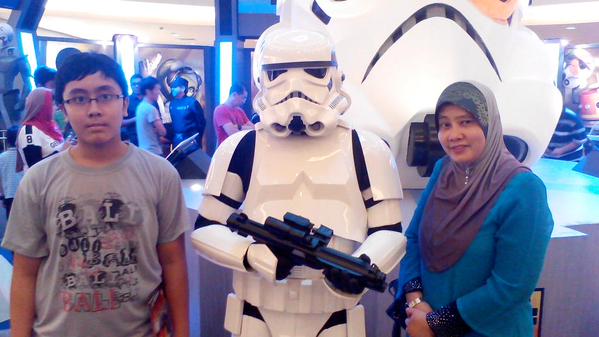 No doubt from the Carida Academy

The Five-Oh-First was on site to ensure no rebel agents disrupt the proceedings. 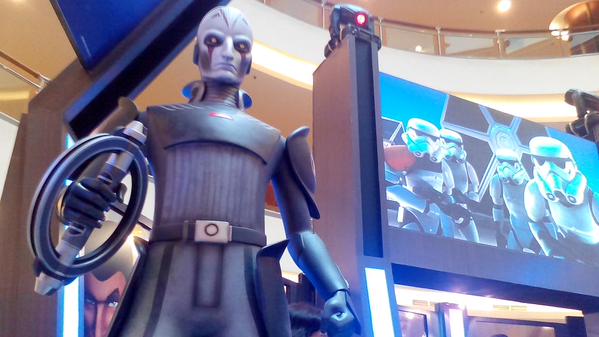 The Pau’an Inquisitor was also around being all Lucius Malfoy-ish. 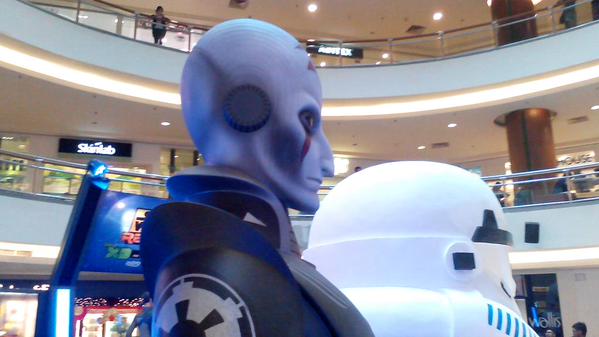 He has quite a nice profile, but he’s no Inquisitor Tremayne. I hope Tremayne shows up in the series at some point and they both go out for coffee or something. Inquisitors first appeared in Galaxy Guide 9: Fragments From the Rim. 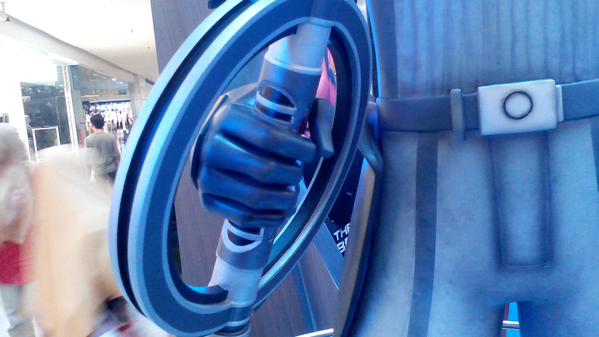 The Inquisitor’s toy lightsabre up close. 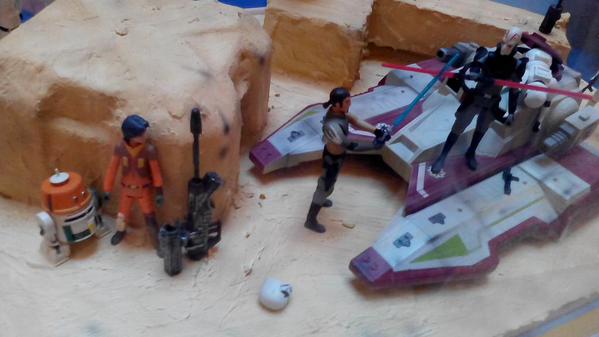 There was a diorama of Star Wars Rebels action figures – Kanan Jarrus, Ezra Bridger and Chopper – fighting on top of some vanilla cake with the Inquisitor on a Sabre-class tank. 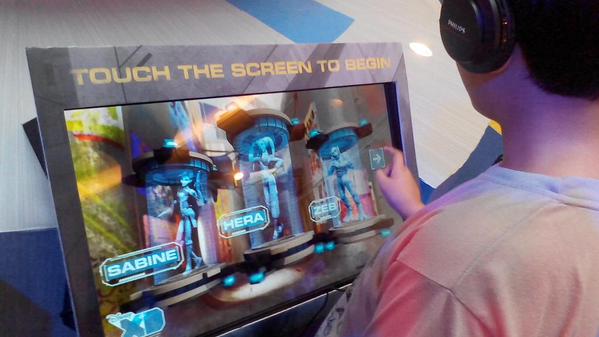 When one of the screens were vacant, Irfan tried out the interactive character profile thingie. 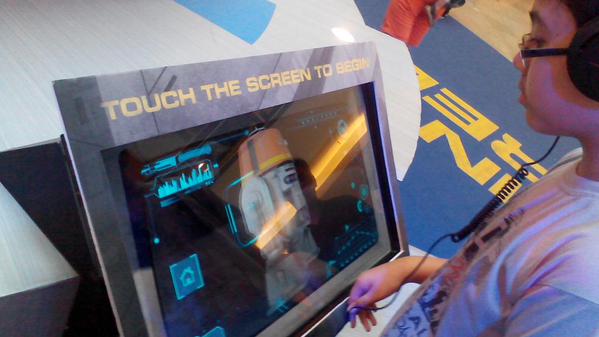 He listened to the C1-10P astromech character profile while the hologram screen displayed visuals. 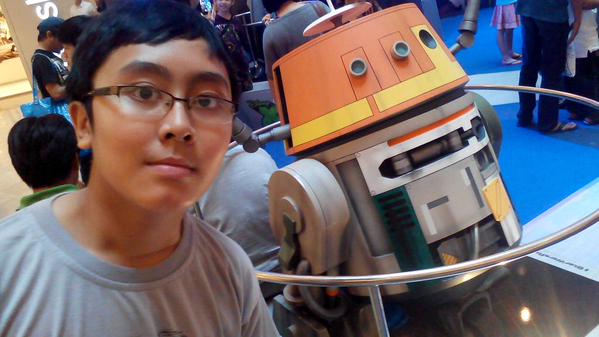 Meanwhile, Chopper was being restrained elsewhere among the exhibits. This will not end well. 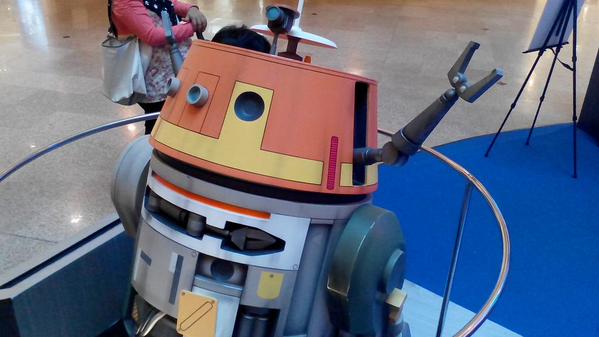 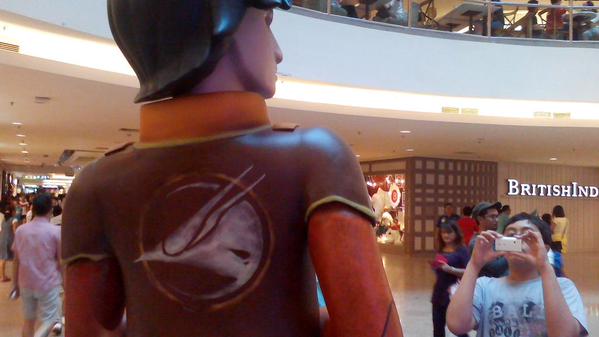 Irfan takes a photo of Ezra Bridger whom I understand is NOT the son of Captain Nathan Bridger of seaQuest DSV. 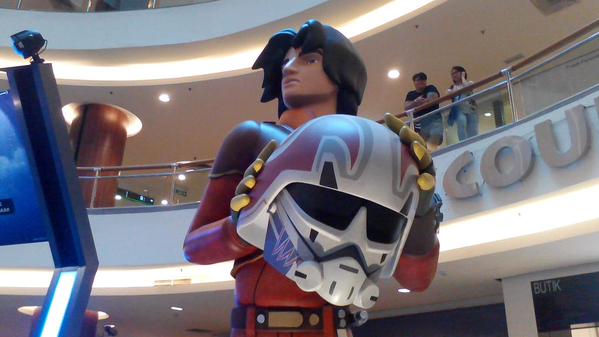 Ezra – the son of Captain Rex (my own pet theory, okay?) – shows off a cadet trooper helmet he filched on Lothal. 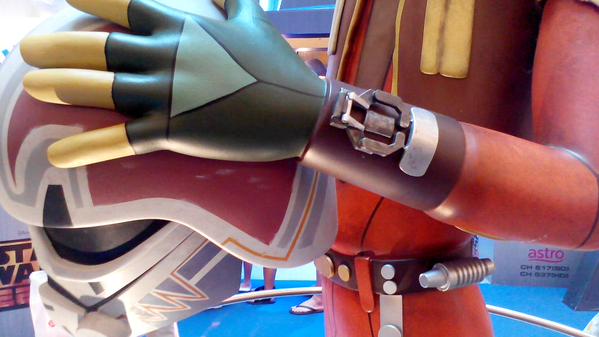 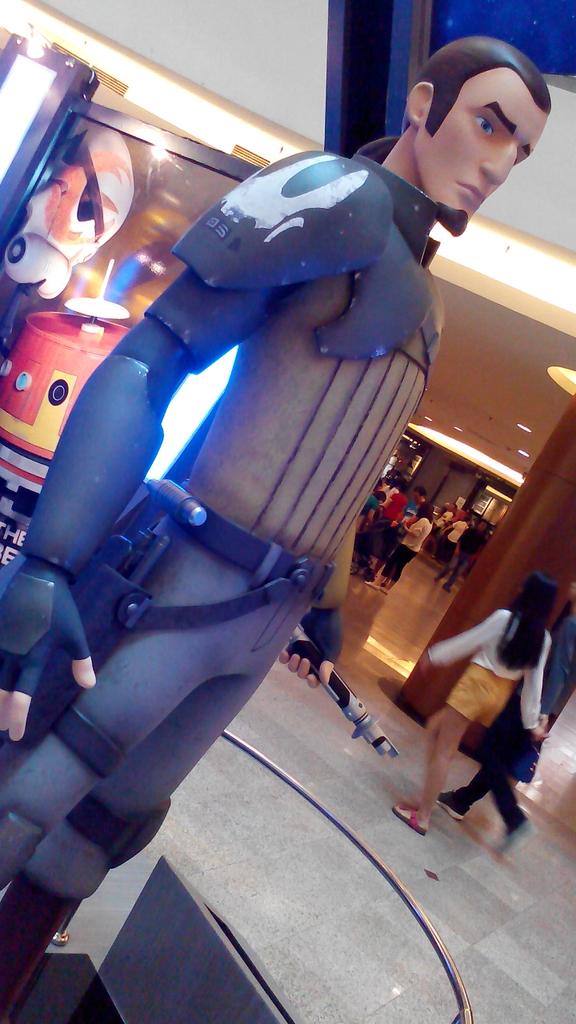 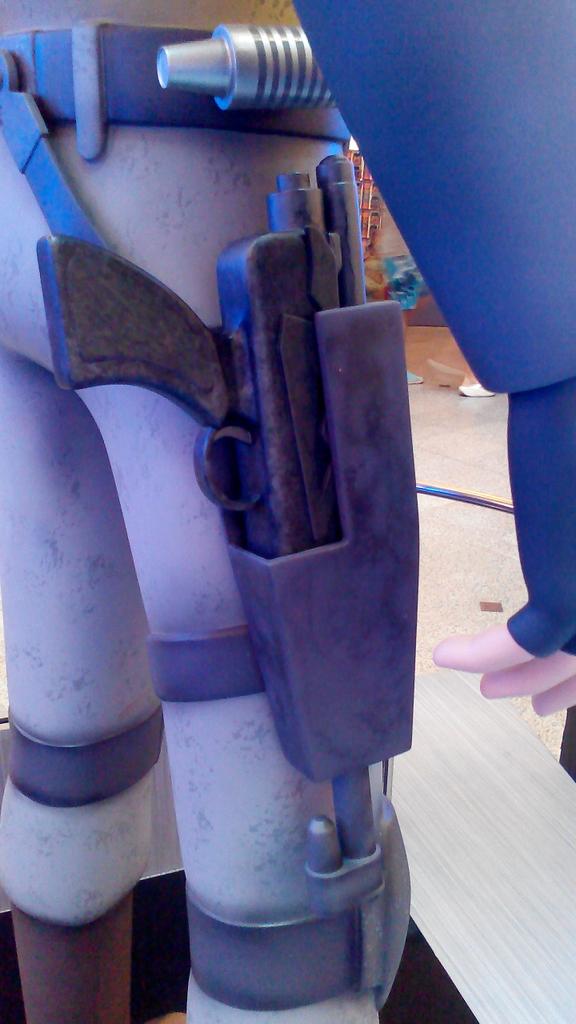 I almost made a grab for his DL-18 blaster pistol, but there were Imperial troops about. 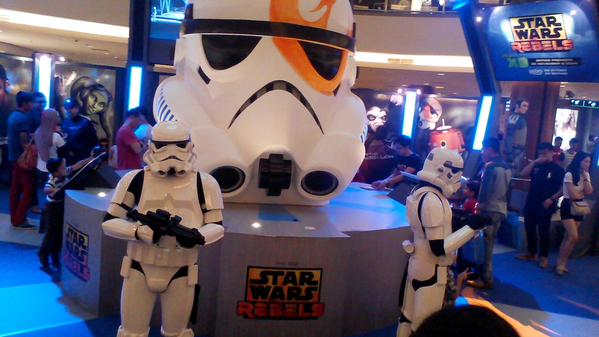 I bet the Five-Oh-First is pissed off that someone vandalised the big helmet. And on Empire Day no less. Too bad there were no exhibits of Hera, Sabine, Zeb and Kallus. Maybe next time.