After two semesters absent, English Theatre Arts has been offered as a UniMAP co-curricular course once again. Like before, I am the course teacher. But unlike before, instead of less than 15 students I now have to handle 40 students.

I returned to my course notes to adapt it for many. 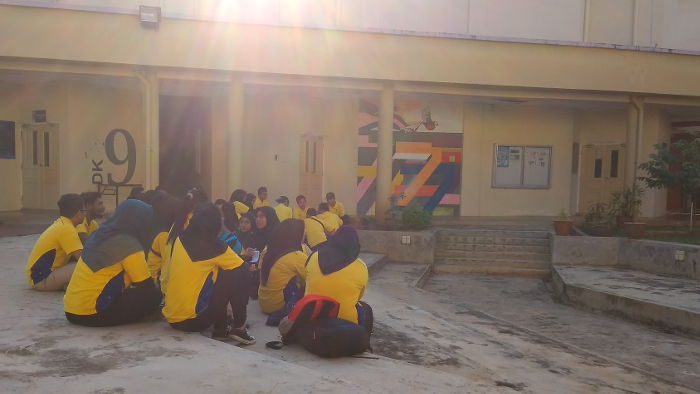 Thankfully, the students are very proactive and hands on with the course. Three groups of theatre troupes were formed. Each group will be organise a proper theatre performance at the end of the course, like the last time I taught this course. This includes writing their own play. 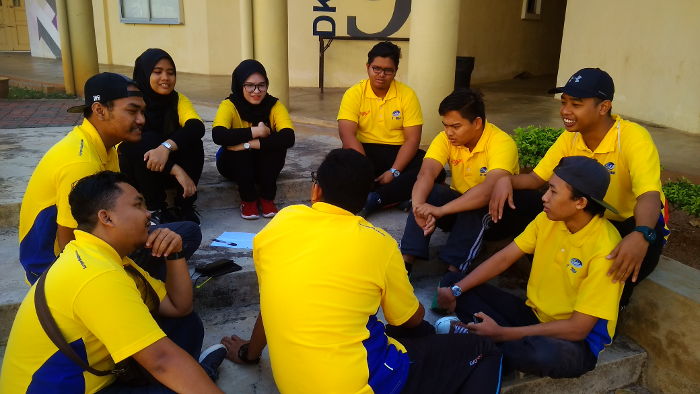 For the first week, I took the trainees to task. And they performed magnificently in their own groups. Each troupe were able to quickly produce plays with various levels of amusement, comedy and pathos. (Someone was stabbed!) 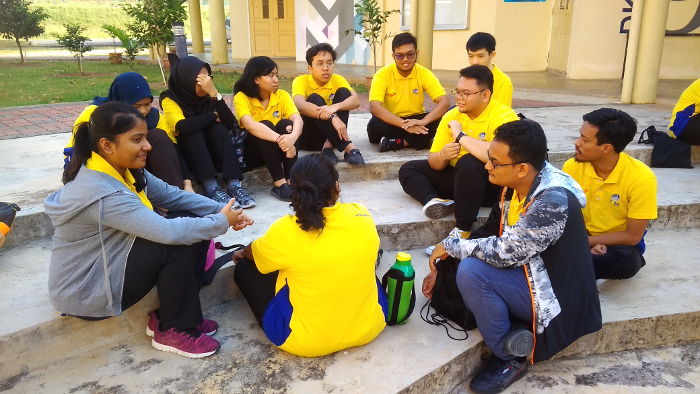 There was a problem with the air-conditioning system our hall, so we all relocated to… where else but an amphitheatre at the back of the lecture hall complex. I gave the students time to produce and plan their play at the amphitheatre. 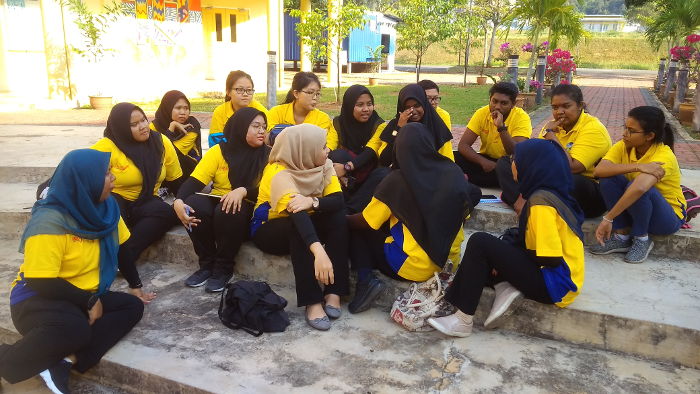 I called each troupe to perform before the sun fell on our location and the heat became unbearable. 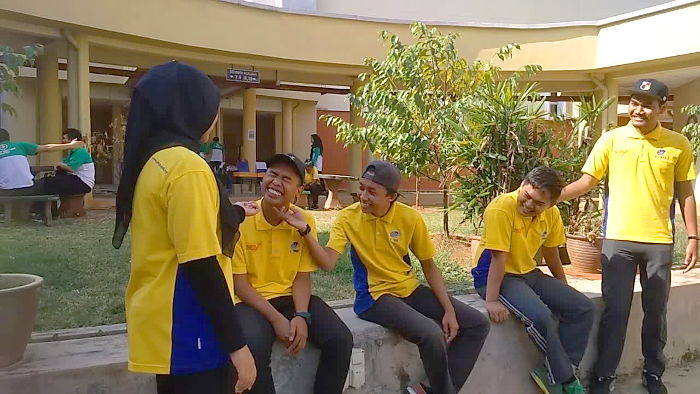 The first group produced a play where a young boy and his parents were at a pet shop. The boy had to choose either the dog or a cat. However, he wanted both much to his parents’ distress. The pet shop owner came to the rescue.

The second performance was about an ineffective teacher in class where every task and order given was ignored by naughty boys and girls. The class ended with two students fighting over a pen which might or might not belonged to the teacher. 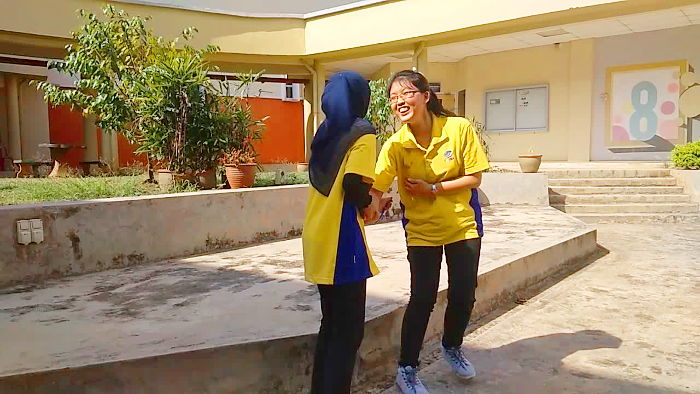 The third performance was much more complex than the other two. There were many acts and scenes. The story they crafted was about a student’s obsession with a lecturer. The student killed the lecturer’s girlfriend. His best friend figured out who the killer was, so she attempted to murder him. In the attempt, the student herself fell to her death.

I have more training to do with them, but I do believe that with this level of quality, this semester’s final presentation session will be spectacular.