Yesterday, my theatre arts students completed their course. In conjunction with the final session, the students and I organised the inaugural Performance Day for the course. 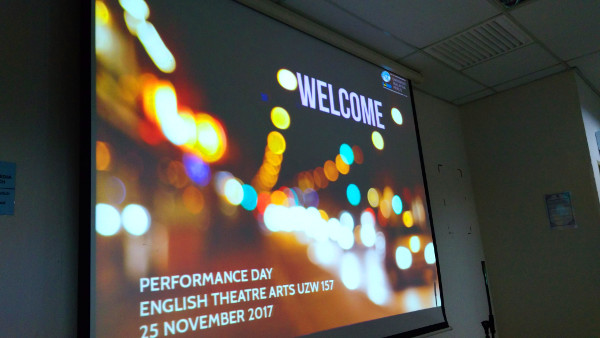 We began at 2pm. Ain brought snacks and kuih for the students. Irfan was our videographer, using the department’s camera. 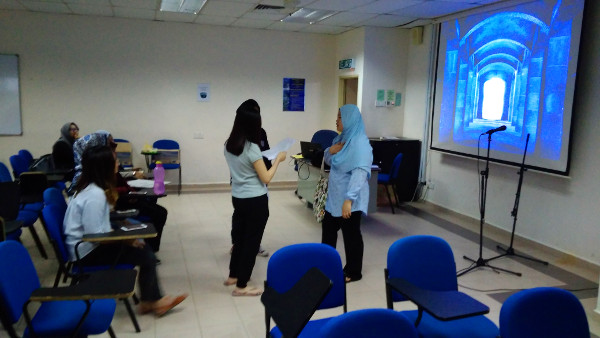 The students had prepared for two plays to be performed for the event. The first was “The Midnight Class” where a pair of students find themselves in a replacement Mandarin language class late at night. However, they soon realise that they are the only two students in the class who are… not dead. 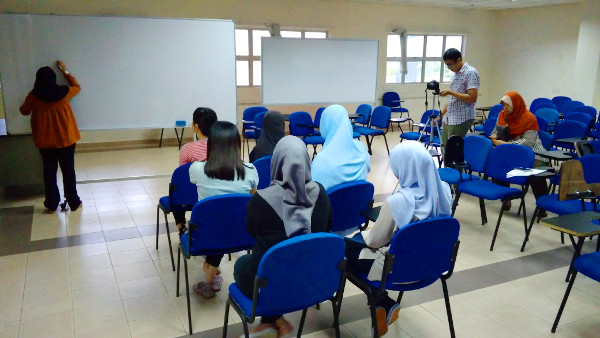 The class is in a class

“The Midnight Class” had a total of 10 speaking roles. The roles were based on the character building exercise we had over the duration of the course. 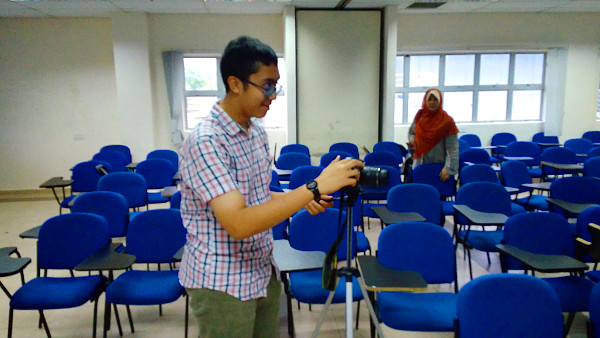 Some lines made the audience chuckle, especially the punchline to the “Why do they call you Jenny?” line. Even the cameraman here was amused during rehearsal. 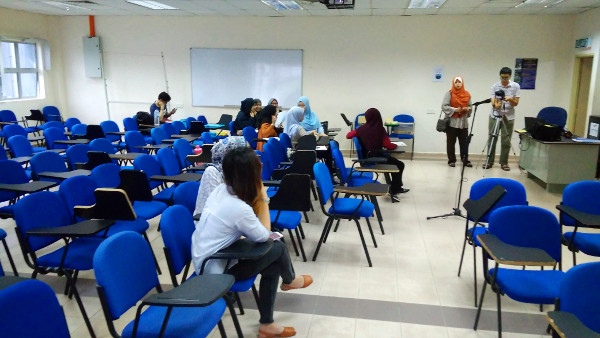 During the rehearsal there were hardly any audience, but then by four PM they began to arrive. 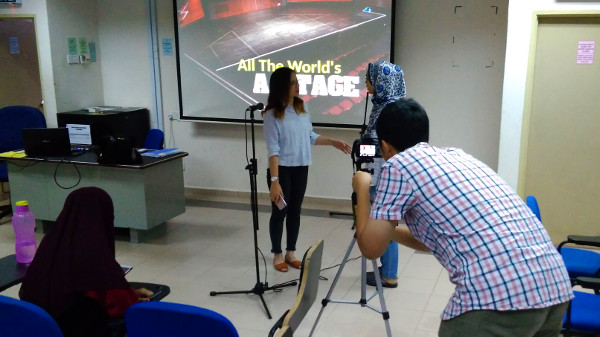 The cameraman was still figuring out where to place the camera and how to move it about during the performances as the second play, entitled “All the World’s A Stage” was being rehearsed. 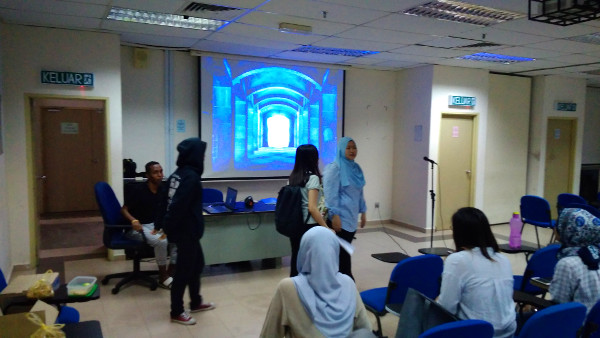 The performance began at 4.30pm after the arrival of the audience. I gave a short opening speech then they began “The Midnight Class”. 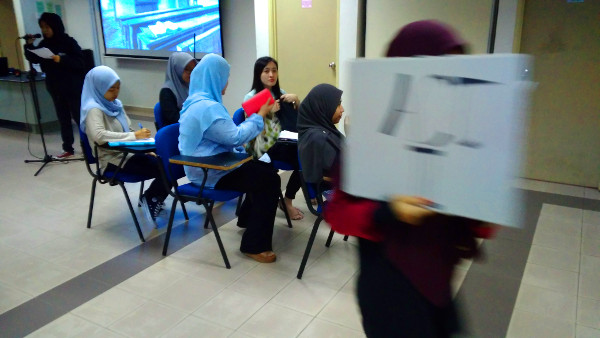 This is all an act

A student bore the act number card before each act. There were originally three acts in “The Midnight Class” but with my permission the students divided it into four, which made it better in terms of flow. 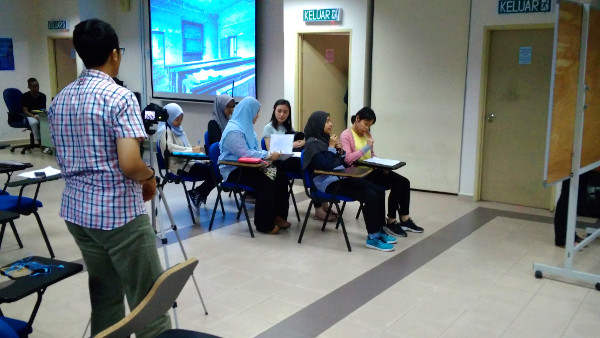 The two humans are at this point unaware that they are surrounded by ghosts while Madam Guard awaits outside the door. 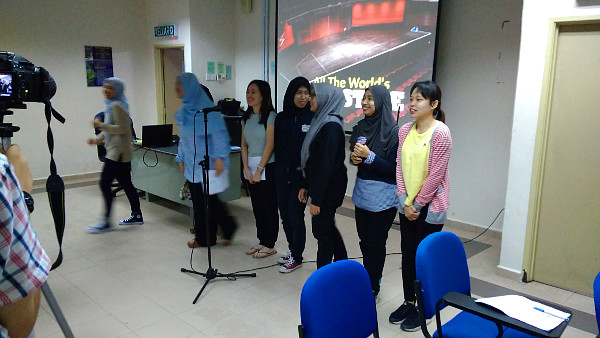 The students take a bow at the end of “The Midnight Class”. 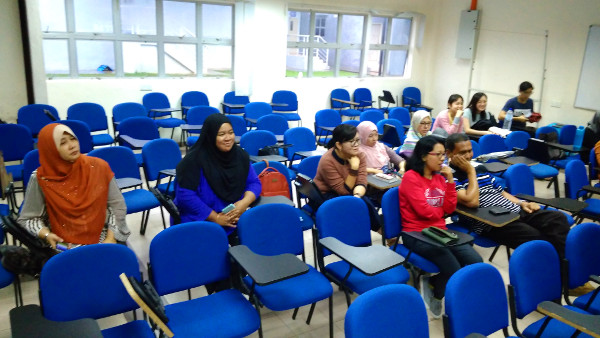 Guests of the event

Meanwhile the audience – mostly my colleagues – are having some semblance of fun at this little event. I hope they did not bring rotten tomatoes with them. Also, thankfully we did not have a peanut gallery. 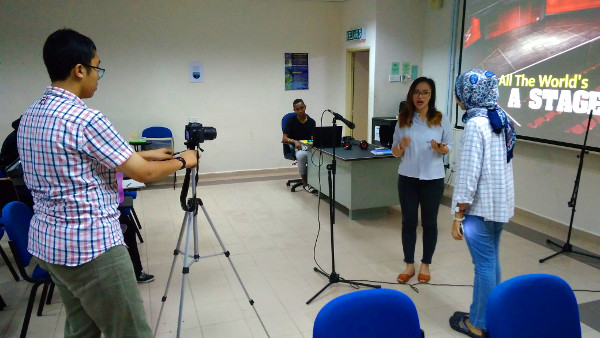 The metaphysical and existentialist play “All the World’s A Stage” began with only two actors and one narrator. In the end they both ceased to exist. 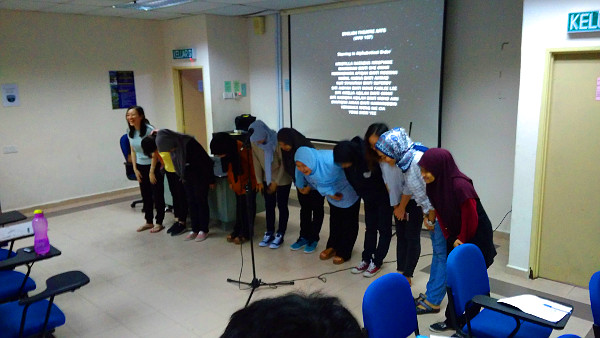 Curtain call but no curtains

I taught them about curtain call in the first week, I believe. Here they are bowing during their own curtain call. Sadly there were no curtains. 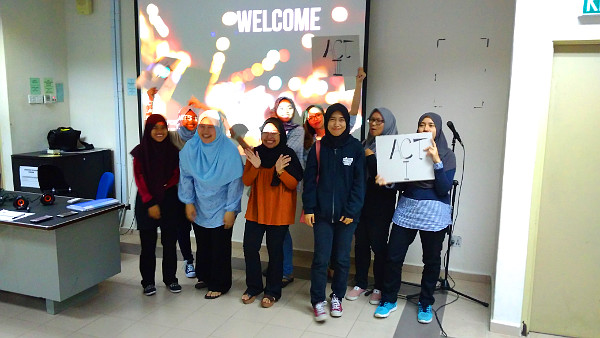 Conclusion of the course

The students bade farewell and took photos while we cleaned up the classroom. It was quite an experience for all of us. I am certain there are some bits in the syllabus I need to clean up or add to.

What will next semester bring for the course? We shall see.