The adventures of the Strikefore Enteague continued as the team relocated to the new Alliance outpost on the moon of Enteague Minor, to be commanded by rebel commando Drew Greyhelm, a native of the Sirsee system in the Enteague sector.

However, hyperdrive mishap caused their ship to crash into the frozen ice fields of the planet Kendell in the Kendell system, still within the sector. Salvaging supplies from the destroyed Parabolic Arc, they then trekked toward a know surveillance post nearby.

To speed up their movements, they hunt, corral and capture wild tauntauns (using the beast riding skills for the first time) to ride though the cold. 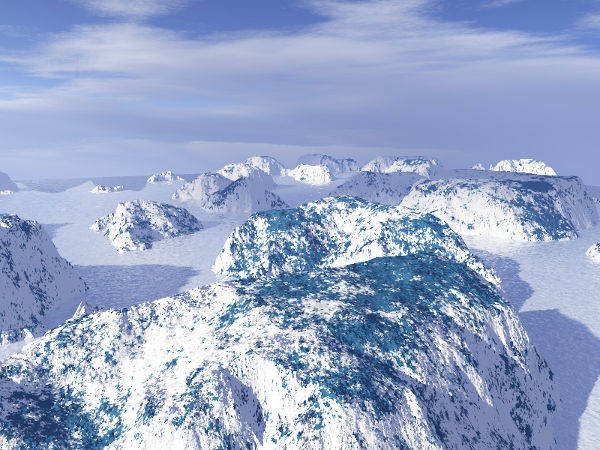 They found the surveillance post a smoking rubble, apparently destroyed by the Empire! That meant bad news for the Alliance starfighter outpost which was a two-day ride away by tauntaun.

The next morning, Jon detected an approaching thumping rhythm. Imperials? On one hand: Danger! On the other hand: Opportunity! 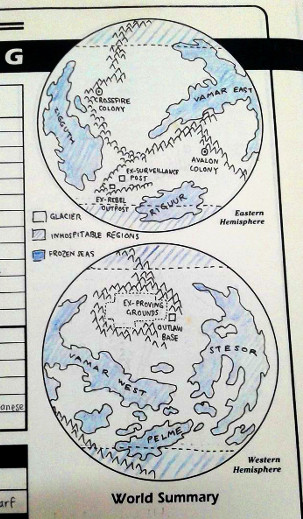 Jon suggested someone play dead to attract the newcomers. Both Ben and Ace looked at Jon with a smirk.

Soon an Imperial All-Terrain Scout Transport walker was stomping its way toward the inert human body in the snow. It stopped short of squishing the freezing Jon with a metal foot. The head tilted downwards, so the pilots could see him through the front windows. Also, so the chin blasters would be pointed directly at him.

Two snowbanks erupted into Ace and Ben who quickly climbed up the walker’s legs from behind. On top of the cockpit pod, Ace blasted the hatch open while Ben dropped in to pacify the pilots with vibroblades.

An hour later, the trio were driving the scout walker at top speed toward the Alliance outpost at the foot of the mountains.

The next day, they arrived at the outpost.

The hangar bay doors were open on the side of the mountain, and it was belching smoke. It had been overrun by the Empire and was still being occupied by a platoon of Imperial snowtroopers.

Ditching the AT-ST, the team crept across the snow at nightfall toward the rocks. They discovered a hidden entrance and used their sneaking skills to climb up service tunnels toward the hangar deck where they found a number of Incom T-65B X-wing fighters which were still spaceworthy.

They silently climbed into the X-wing cockpits. Upon powering up the convertors, snowtroopers rushed toward them, firing their blaster rifles.

Ace, Ben and Jon manoeuvred out of the hangar bay under heavy fire and soared up into the dark, cloudy skies.

In space, they linked their navicomputers and made the jump away from Kendell.

Upon returning to Enteague Minor, the trio discovered that Enteague Outpost had been officially opened for business. Also, Drew Greyhelm had brought another bounty hunter into the fold: Shanna Toarinar.