Episode 04A The Test of Truth Part 1

The fourth session of the campaign was run in 1989 but I drew a comic of it some time in the mid 1990s. Because of the references in the first page, I would say this was pencilled some time after I got Galaxy Guide 9: Fragments From The Rim. (Perhaps in 1994 or 1995.)

Besides the first page, which is my attempt to establish that stuff happens all over the Galactic Empire, everything else should have happened more or less according to the game. The script is, obviously, not 100% as spoken by the players.

Because the comic has 24 pages, it will be divided between two blog entries with 12 pages each entry to minimise bandwidth strain, because graphics or something.

Last time on Strikeforce Enteague, a number of handpicked fringer-type agents were assembled and then transferred to the moon Enteague Minor in the Enteague Sector. The former commando Drew Greyhelm intention to form his strikeforce was coming to pass. 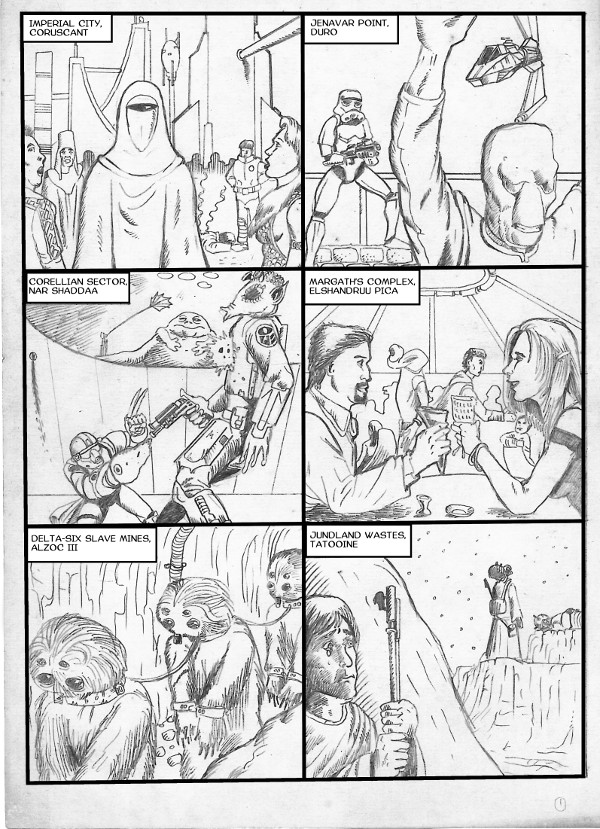 Page 01: There are references to Noval Garaint and Elshandruu Pica from Galaxy Guide 9, and Wenny Boggs from the Star Wars Sourcebook on this page. 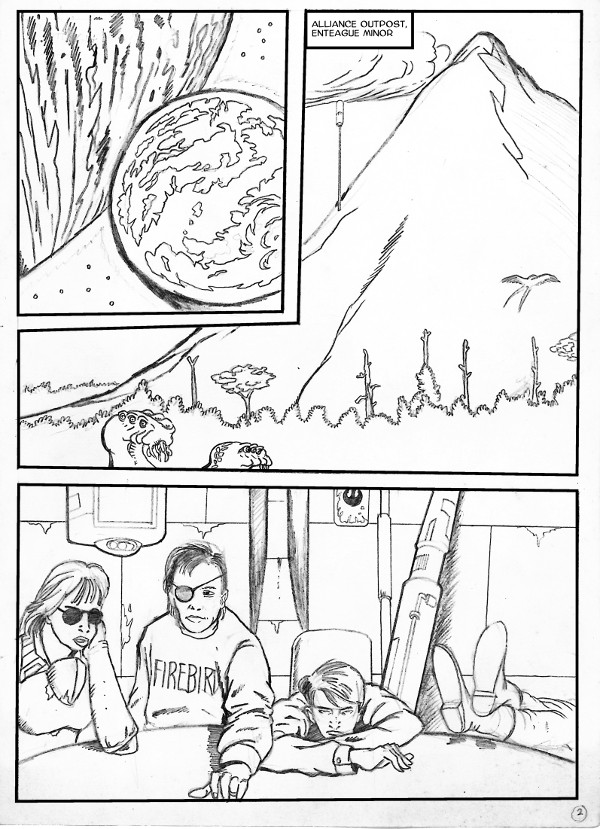 Page 02: Enteague Minor establishing shot and the first pic of the team (so to speak). This was before Aurebesh, so FIREBIRD is in Latin alphabet. 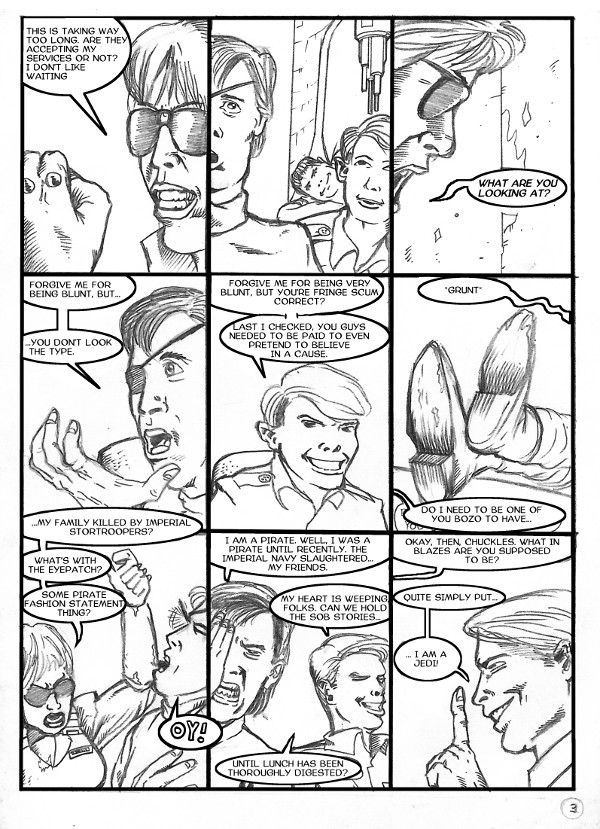 Page 03: The characters interact with each other for the first time. I’ve edited it to alter the REALLY unwieldy lines, but kept the circa-1995 embarrassing ones more or less intact. 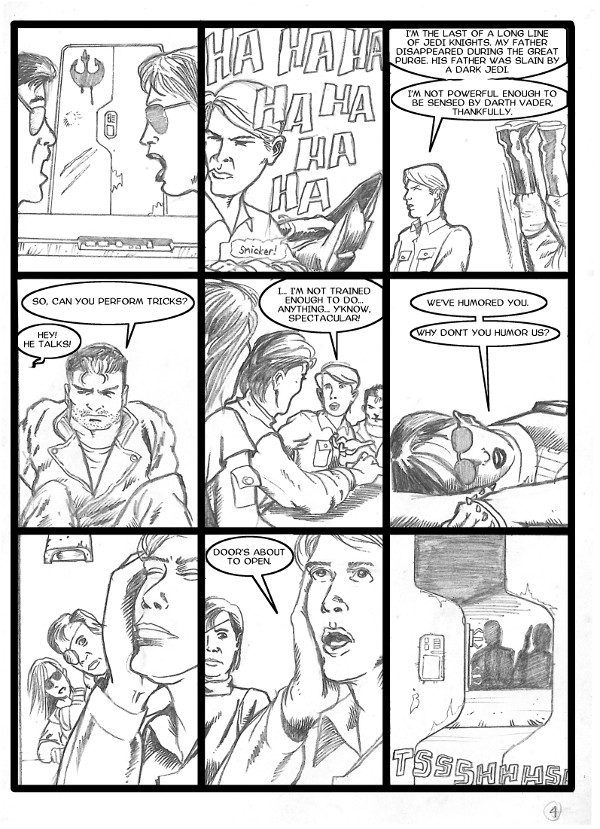 Page 04: The Minor Jedi only has a vibroblade, by the way. Obviously we have not gotten the memo that Jedi do not have families. 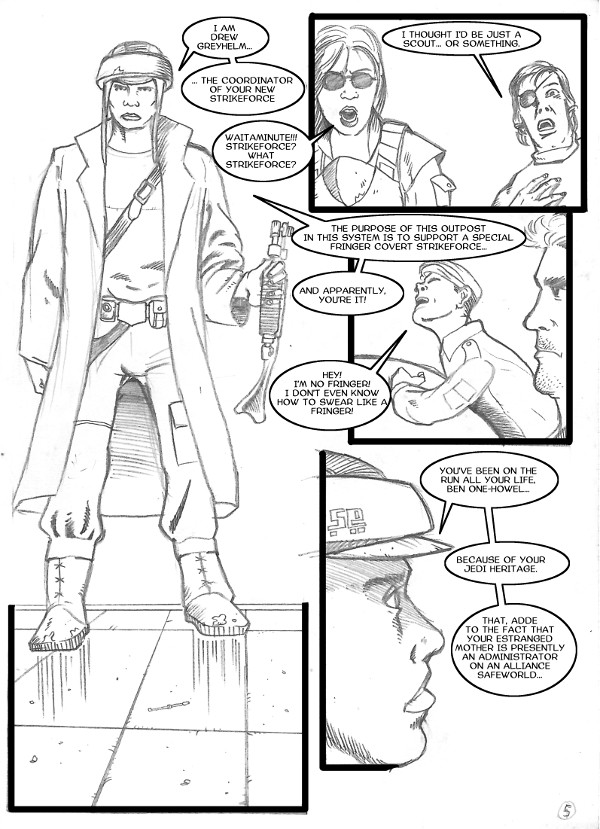 Page 05: Introducing the gamemaster’s alter ego, and his 4D+1 hunting blaster. I only got to use Greyhelm as a player character (PC) twice. 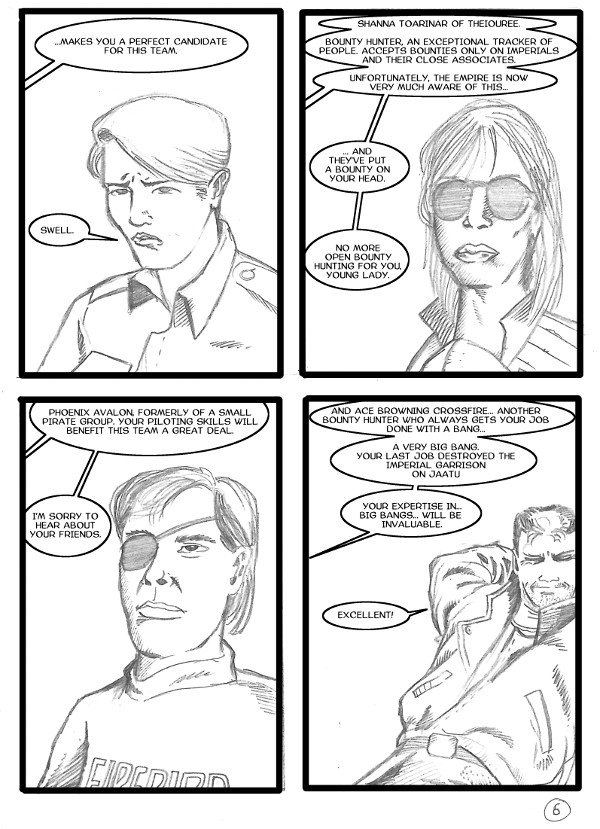 Page 06: Most of the PC details are taken from later sessions which establish them. 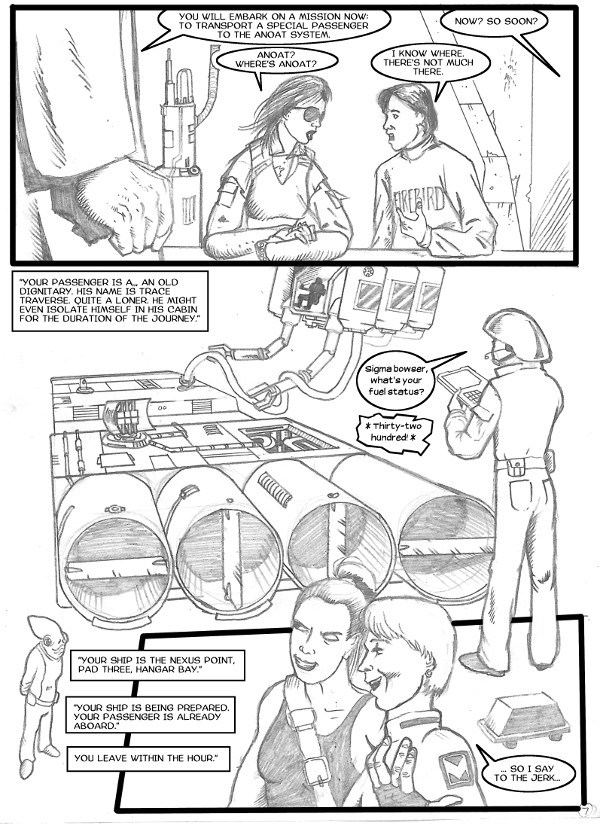 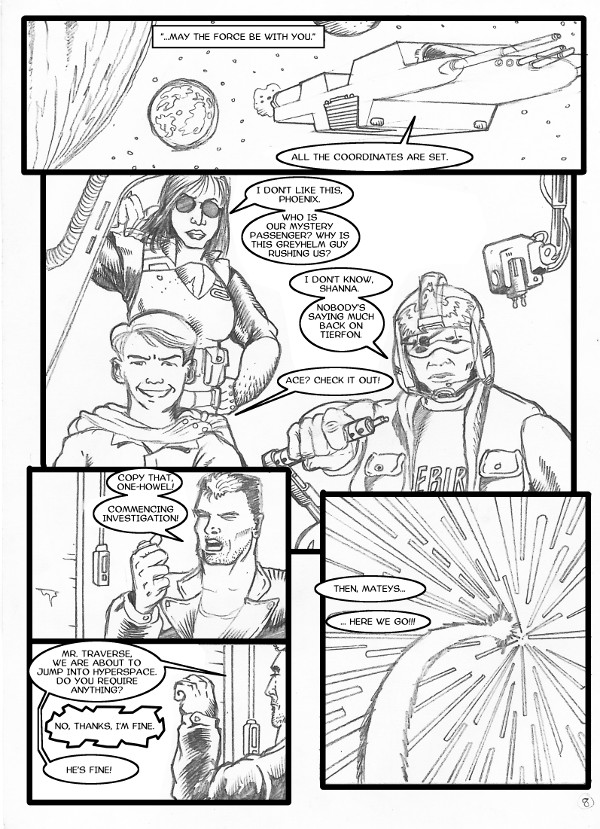 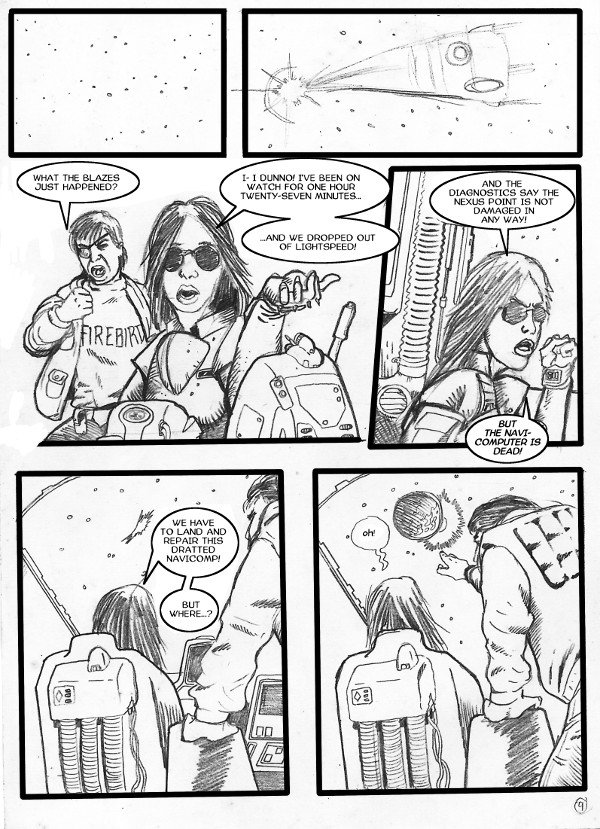 Page 09: I railroaded the adventure here for a bit. Well, a big chunk of the bit. 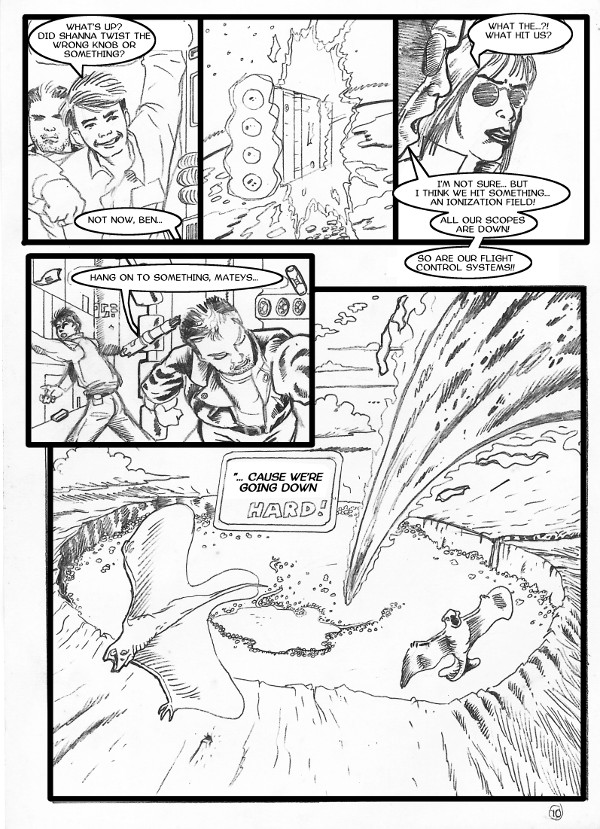 Page 10: Approaching the uncharted planet. Tornluc Crater and the Forbidden Notch (hush you at the back!) on the right can be clearly seen. I originally made maps before the game, but they were eaten by vampire termites. 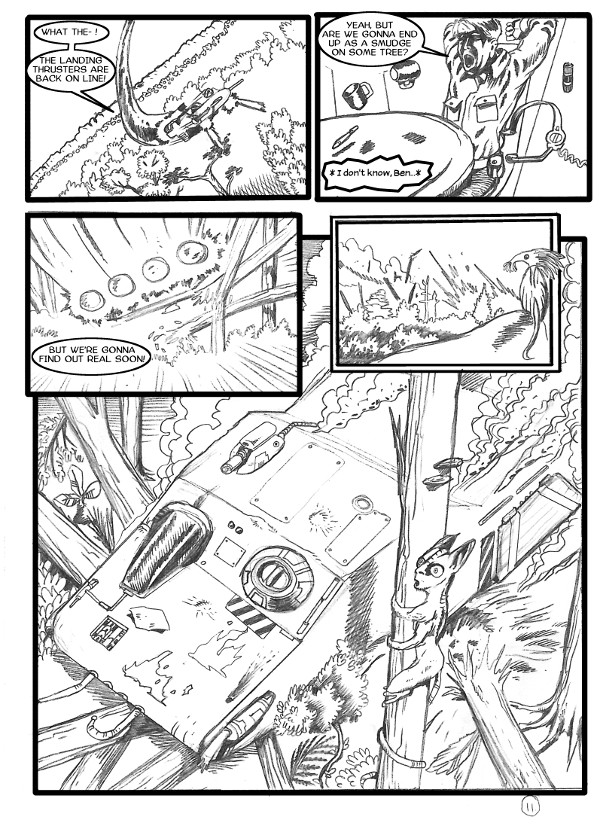 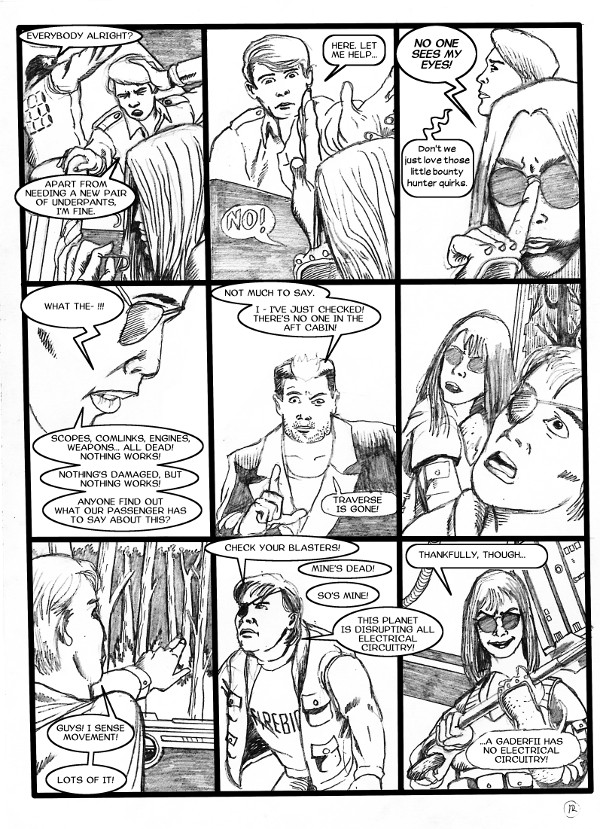 Page 12: The Mystery of Trace Traverse deepens! To be continued!

Will the party discover the secret of Trace Traverse and the mystery of the uncharted planet of doooom?