No one destroys a liquor store while Ironhide’s around

Ironhide twists and jumps away from the path of the incoming missile, and as he falls in slow mo he fires off a missile of his own.

Holy shit! This will be for me THE movie of 2007. The recent Transformers trailer than was released last week dropped a couple of jaws. It had a close-up of Bumblebee transforming, Optimus Prime transforming with the classic cartoon sound effect, Starscream jumping up and transforming into an F-22 in mid-flight, Megatron about to stomp on Jazz in mid-flight, and Bonecrusher expressing his distaste for the public transport system on a bus.

As a fan of the cartoon series and the awesome 1986 animated movie, I have no expectations of this live-action movie being a faithful adaptation of them. In fact how can one be a faithful adaptation of Transformers cartoon when you have Generation 1, Generation 2, the Marvel series, Energon, Armada, Robots In Disguise with almost all of them have divergent storylines set in different universes.

Optimus starts dancing to “Born To Be Stupid”

I mean take a look at the different incarnations of each movie character here at Monitor Duty. The Optimus Prime section itself will make you either shake your head in despair or shake your wallet to see if you have the cash to buy all versions of the character.

So as long as there are Autobots vs. Decepticons, and the human characters don’t steal the limelight, and there is general and widespread destruction caused by huge transforming robots beating the crap out of each other, I’m sold on it.

And to cap it all off, take a look at the toys! They appear to be very well made. Not to the quality of the Binaltech / Alternators, but they are fracking sweet. Even the protoform Optimus Prime and protoform Starscream preview toys which I saw at Toys R Us two days ago had great looking robot modes. (Their alt modes look like sperm cells with wheels, but that’ll be another story.) 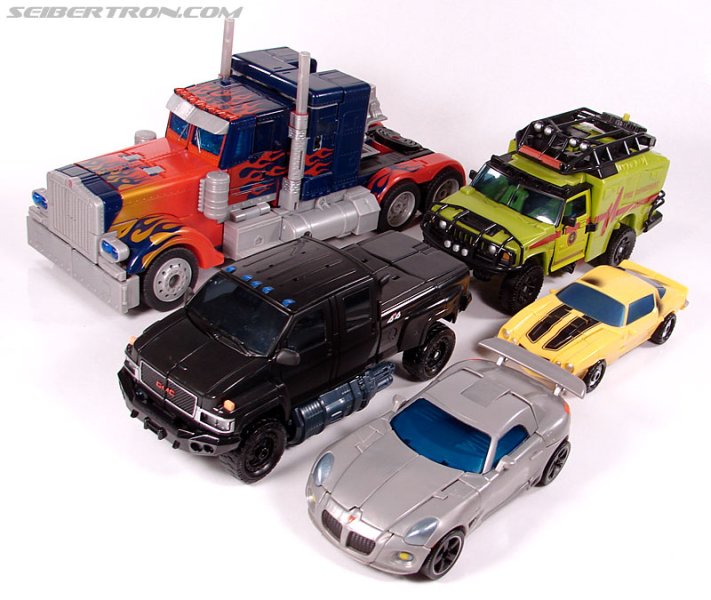 View the Autobots toys together again for the first time. Clockwise from the truck cab: Optimus Prime, Ratchet, Bumblebee, Jazz and Ironhide. 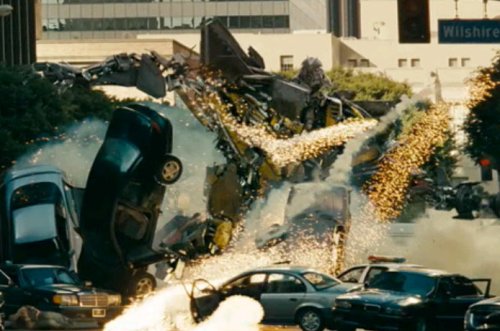 This traffic jam is murder

View the Autobots toys together again for the first time. Clockwise from the truck cab: Optimus Prime, Ratchet, Bumblebee, Jazz and Ironhide.

]I’ll end this entry with a picture of Strscream landing.